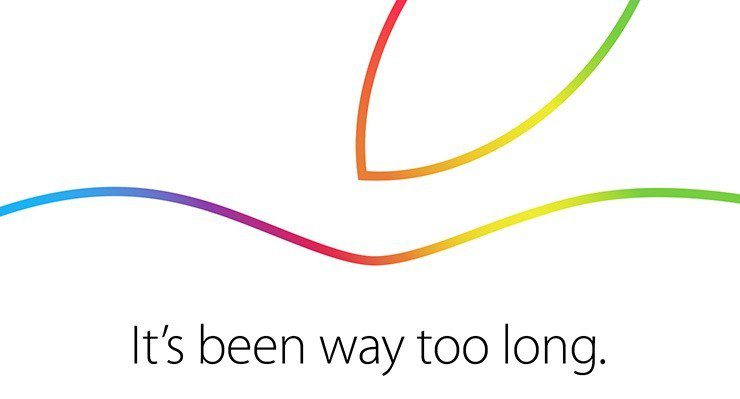 There were a lot of predictions ahead of Apple’s ‘It’s Been Way Too Long’ event, some turned out to be accurate, others were just pipe dreams (that we will probably end up seeing soon regardless).  Here is the Create Pro round-up of the event.

First up, and certainly the announcement Create Pro are most excited about is the brand new 27″ iMac complete with Retina display.  As predicted Apple Retina technology will enable the new iMac to output at a staggering 5K resolution (displaying 14.7 million pixels). Early reports mention the screen having improved contrast, viewing angles and colour accuracy.

The new iMac comes with two processor options, a 3.5Ghz Quad Core i5 or a 4.0Ghz Quad Core i7 which can reach speeds of 4.4Ghz with Turbo Boost.  Maximum RAM out of the box is 32GB, hopefully it won’t be soldered on.  The Apple configure your iMac page seems to indicate the new iMac will have four RAM slots so 64GB may be possible with 16GB sticks.  On the GPU front two AMD mobile cards are available, the 2GB R9 M290X and 4GB R9 M295X.  In terms of storage options we currently have only Fusion drives and Flash Storage available.  We’re looking forward to getting a new iMac in the office and testing it alongside our Custom Mac Pro 5,1 systems utilising 4K displays.  The new iMac looks great and the 5k display will surely be incredible, but like the new Mac Pro we are a little disappointed with the lack of customisation options on almost every front.

As predicted an updated Mac Mini was unveiled at the event.  The new budget system tops out at a 3.0Ghz Dual Core i7, 16GB RAM, 1TB Flash Storage and Intel Iris and HD 5000 graphics.  Apparently graphics will be 90 percent faster than the previous generation.

Again as was speculated beforehand, the iPad Air 2 was announced.  Slightly thinner (1.4mm) and slightly lighter (0.04 pounds) the iPad Air 2 is also equipped with a Touch ID home button and A8X processor. The Air 2 comes in white/silver, white/gold and black/space grey colour options.  In terms of storage 16GB, 64GB and 128GB options are available.  No change to screen resolution, the Air 2 comes with the 9.7″ Retina display.  The camera, however, is reported to have received a serious upgrade on the previous generation.  The new 8MP sensor apparently captures images much faster and shots are much clearer.
The iPad Mini receives only a minor update with the addition of a Touch ID sensor and gold colour option.

Yosemite (Yo-Sem-Uh-Tee) get the green light and goes public.  The new OS places an emphasis on translucency, smarter controls and streamlined toolbars.  One new feature worth mentioning is continuity, this facilitates tighter integration between OS X and iOS.  For example you can start writing a text or email or your mobile device and then finish writing it on your OS X system.  Also cool is the ability to send texts and make calls from OS X systems.  Texts go live on Monday when iOS 8 gets it’s public release, calls are already good to go.

No 12″ MacBook Pro, no 12″ iPad but certainly a few things worth getting excited about, we would however, have loved to see a 4K Apple Display.  We have ordered our 5K iMac and can’t wait to see how it performs, we’ll certainly let you know.  We’re also going to put the new Mac Mini through it’s paces just because we like testing new Apple stuff.