Here is the second edition of Crowdfunding Thursdays. We’re bringing you our five favourite Kickstarter technology projects each and every week. You guessed it, on Thursdays.
This week’s edition includes a super high quality analog to digital audio converter, a slightly creepy 1080p flying nano drone, an old school battery powered charger, a USB hash key for the Twitter lovers our there and and a USB Data Theft protection device for smart phones.

We’re going to kick things off with the ADICON Analogue to Digital Converter. If you’ve got a few records lying around this may be of interest. Designed with HiFi enthusiasts in mind the device features digital link, optical and coaxical outputs. The ADICON converter has a 24 bit resolution and a sample rate of up to 192kHz so certainly looks like the money on paper. On board LED monitoring will ensure that your conversions are distortion free.
Best reward: Black ADICON – Early Bird
Price: £625 or more
What you get: An ADICON Black for £150 below the retail price and Kickstarter exclusive packaging.
Check out the project in full here. 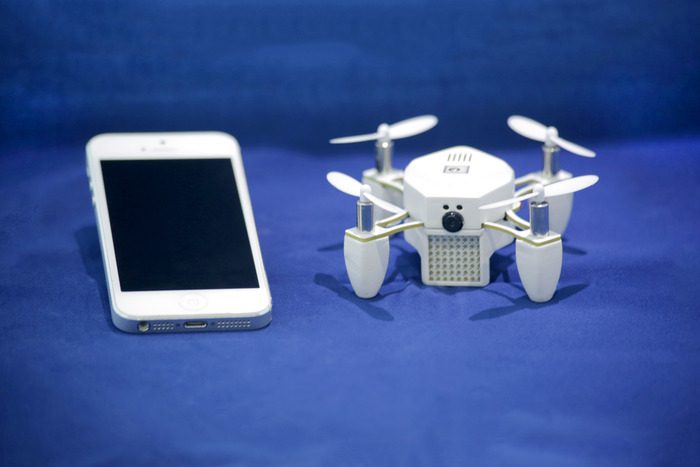 If you like video, you’ll like the ZANO. The ZANO is a 1080p video equipped nano drone, sure, it could be super creepy, but none of our readers think like that, right? The nano drone can be controlled from your iPhone or Android device and is intelligent enough to fly without assistance. The ZANO features onboard WiFi to keep connection hassle free.
In flight the ZANO intelligently avoids obstacles, will hold exactly in position and even knows exactly where it is in relation to your smart phone. This enables the ZANO to maintain a constant distance from the user whilst they are moving, the ZANO can also be controlled manually by tilting your phone or with on screen joysticks.
Best reward: Super Early Bird First Edition Black ZANO
Price: £139 (+£10 Shipping)
What you get: Stealth-mode Black ZANO at a reduced price
Check out the project in full here. 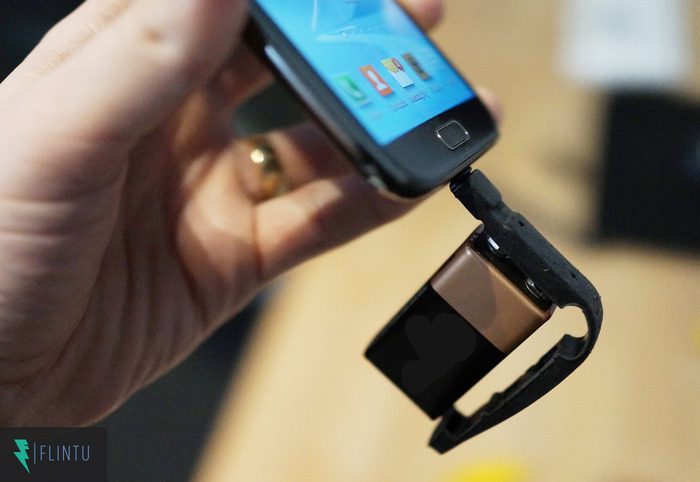 The Plan V charger is being marketed as ‘jumper leads for your phone’. The pair behind the idea were unhappy with current mobile charging options and decided to take an automotive approach, you don’t carry around a spare battery, you have jumper leads. The Plan V simply needs a widely available 9 volt battery and you are ready to charge, apparently one battery can provide 5 hours talk time.
The device is currently Micro USB only, but an adapter should make it iPhone friendly.
Best reward: Limited Edition Clear Plan V (who doesn’t like naked tech)
Price: $19AUD or more (+$5 shipping to the UK/EU)
What you get: A clear, limited edition Plan V charger
Check out the project in full here.

HashKey: No fuss hash key for the Twitter crowd 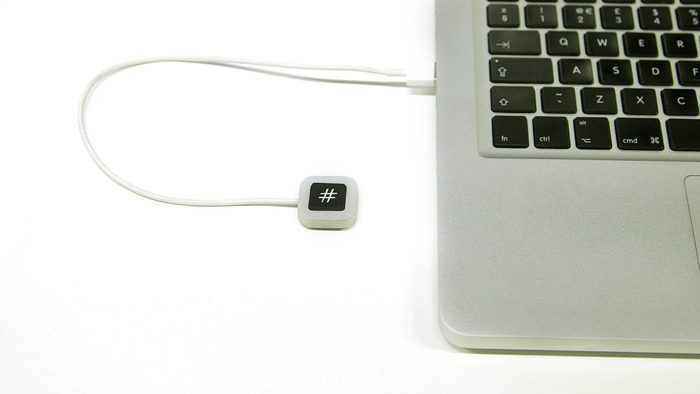 Ok, so this one is slightly tongue ‘n’ cheek , but what the hell. I mean who isn’t sick of pressing alt & 3 at the same time to get a hash symbol, oh wait… Anyway if you spend all day on Twitter, or know someone who does, this might be a fun little Christmas present.
Best reward: The HashKey
Price: £17 or more
What you get: A HashKey?
Check out the project in full here. 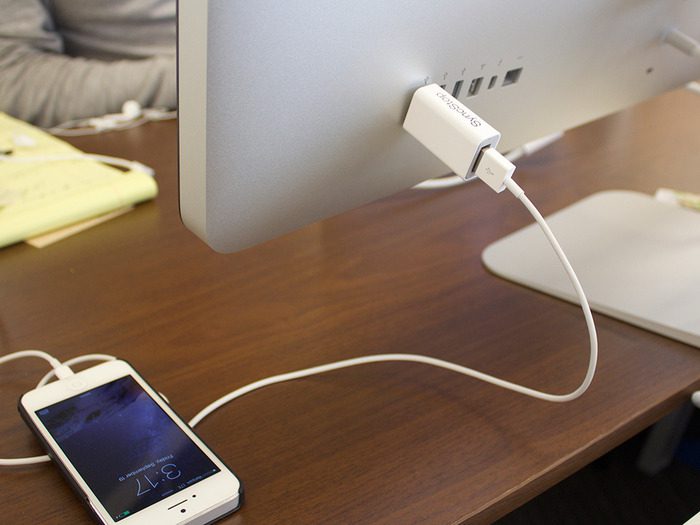 Last but not least, SyncStop. SyncStop is a mobile data theft prevention device, basically it prevents your mobile device from accidental syncing, data theft and malware when you use computers as charging stations. SyncStop works by separating the data and power lines so that even though your device is drawing power from a computer, no data is being transmitted.
Best reward: Early Bird Cased SyncStop
Price: $20 or more (US delivery only)
What you get: A SyncStop before the guys who didn’t snap up the Early Bird offer
Check out the project in full here.
That finishes off our week 2 picks. If you have any suggestions for cool Kickstarter projects to feature next week just leave a comment.