We’ve just recieved and tested our first shipment of Angelbird SSD wrk for Mac drives, so I guess it’s about time to let you know we’re happy to now be an official Angelbird UK re-seller.
Angelbird SSDs are unique in the fact that they feature native TRIM support for Mac systems. This is especially handy as the previous workaround (TRIM enabler) has it’s fair share of issues, especially in OS X 10.10 (Yosemite).
TRIM is useful because it allows SSDs to function at their top speeds regardless of how much data is stored on the drive, in contrast to HDDs which will slow as more data is added. These drives are perfect for storing your OS, applications and working data. They make great scratch disks too. 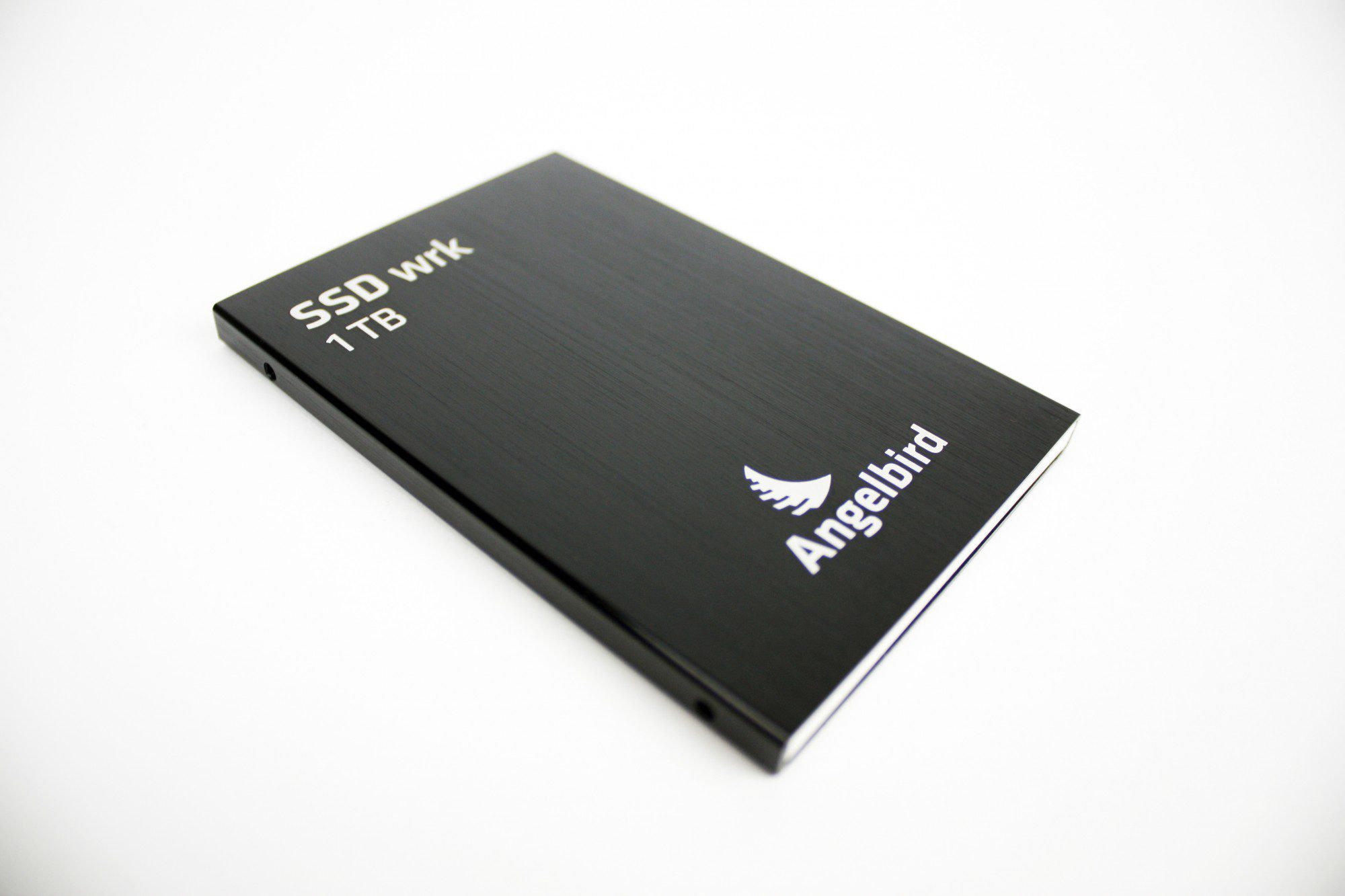 We are now stocking Angelbird SSD wrk 1TB, 512GB & 256GB drives which will be installed in our custom Mac Pro 5,1 systems as well as sold separately when required. The solid state drives can be installed on either SATA or PCI-E ports (with an adapter).

Here are some tech specs/information for those that are interested: 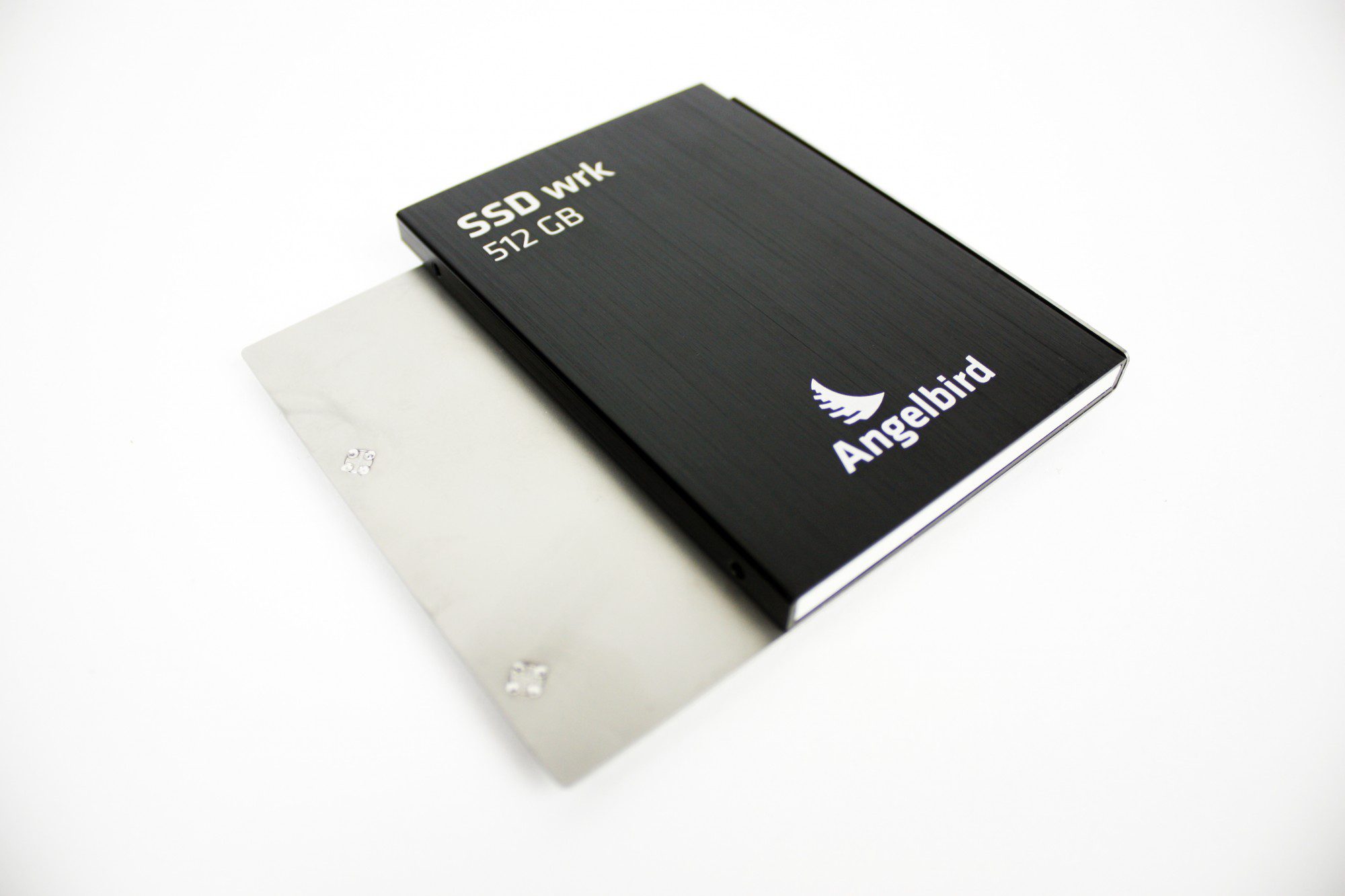 Why install an SSD in your Mac system? 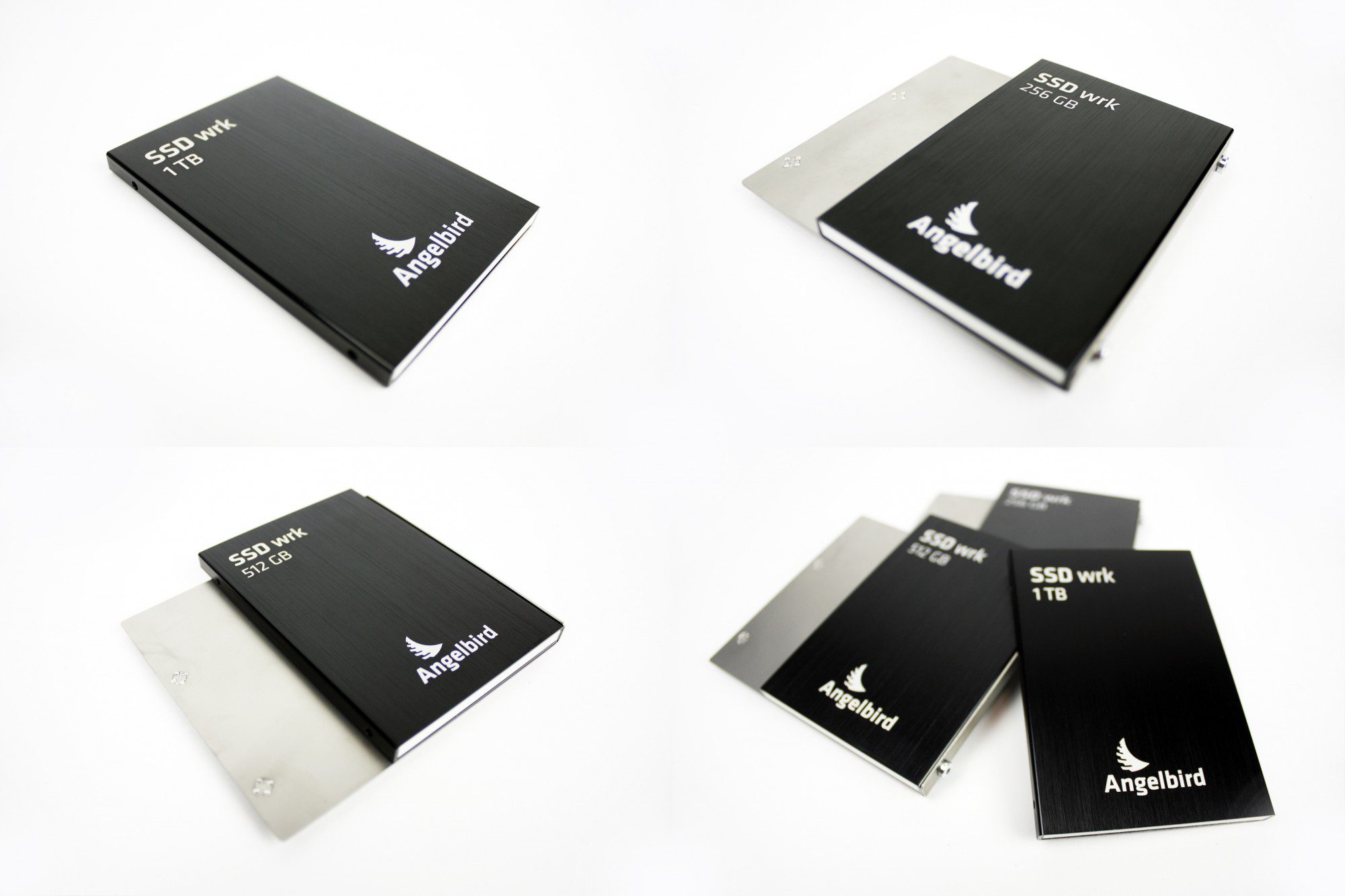 As you may already know SSDs possess much faster read and write speeds than traditional HDDs. For this reason they are perfect for storing your OS, applications and working data. An SSD will ensure your apps and projects open quickly and perform at their best, allowing you to spend more time being creative and less time waiting for your HDD to read data.
Another benefit of installing an SSD in your system is reliability. SSDs are much more reliable than a traditional HDD. The reason for this is that solid state drives, as their name suggests, contain no moving parts. For this reason mechanical failure is not possible and the chance of failure on a whole is greatly reduced.
For more information on SSDs, HDDs & flash storage check out our article on the best storage for your system.