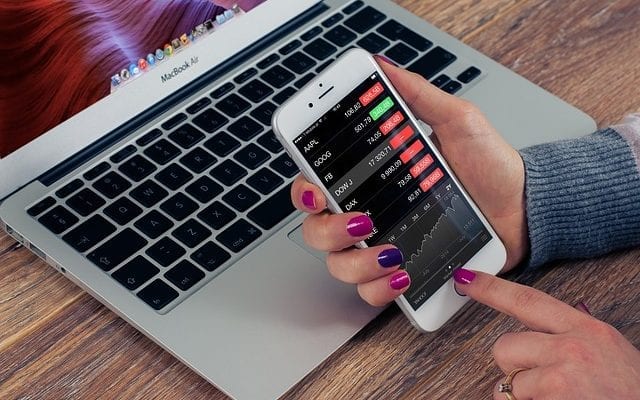 Apple’s market valuation reached new heights last week, hitting the $1 trillion point on the New York stock exchange on Thursday. This is the first time in history that a publicly-traded company has achieved this level of success, and over the last couple of weeks, markets had eagerly awaited the news that Apple would be the first company of its kind to break the trillion barrier. Shares had surged by 2.5% on the afternoon of Thursday 2nd August, with the share price finalising at a value of $207.39, which equated to a worth of more than $1tn by the end of the trading day.

This was another bout of great news for the tech giant who was already experiencing some turn-around successes this year, with company shares up by 23%, which beat estimations due to their healthy third-quarter sales.

Funnily enough, Apple’s Stocks had bit the bullet by claiming early on Thursday afternoon it had reached the $1tn mark before Apple had made it. This was due to a technical fault with the iPhone app, so it was a good thing they actually did reach their target at the end of the day, else that could have been a little embarrassing!

Their historical achievement sees them beat off rivals Microsoft, who are also close to the mark themselves. Other public trade companies expected to make the trillion dollar valuation soon include Amazon and Alphabet, the parent company of Google. We dread to think what would have happened if Steve Jobs hadn’t saved our favourite gadget provider!.

Being the first public-trading company to make such an astonishing accomplishment in value only goes to prove how popular Apple products are with their consumers.

Some credit can be given to the smartphone which was the brainchild of Apple. The smartphone has played a significant role in the boom of social media popularity that has captivated the world and is the must-have accessory for the majority of the planet, while the constant intrigue around the next MacBook updates and releases continues to be the talking point of every tech-lover on the globe. With a big following for Apple-made products, it’s no surprise the company made this momentous milestone this year. Well done, Apple.

So, if you – astonishingly – haven’t got an Apple product yet, or you just fancy a new one (we won’t judge), then head over to our shop to see our range of second-hand Apple computers for sale… as well as some swanky refurbished laptops! We can provide you with a fantastic product that runs like new, without the ‘new’ price tag that comes along with it. We have offers on selected models, so what are you waiting for?