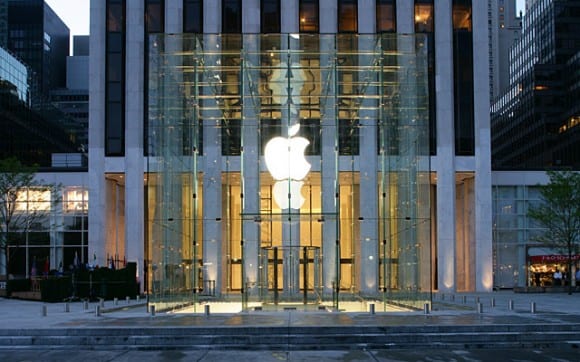 Now that the dust has started to settle and the hysteria has started to calm down from Apple’s Brooklyn keynote on 30th October, it’s a good time to reflect on the cool new gadgets Apple has announced. Here at Mac Bank, we talk about the biggest and best announcements from October to see what we learned.

It’s hard to describe just how awesome the new iPad is! The iPad Pro 11 is called such because of its 11-inch display; the tablet has an all-new all‑screen design which minimises the bezel width as much as possible. The result is a beautiful display that is substantially bigger than the iPad 10.5.

The updated liquid retina display with ProMotion technology means the pictures look drop-dead gorgeous. The new A12X Bionic chip is leaps and bounds ahead of its predecessor, making the device more powerful than ever before. The processor can run up to five trillion operations per second which means, according to Apple, that the tablet is now faster than most PC laptops. Finally, the new Face ID recognition technology means we seem one step closer to the realm of science fiction, with it being extremely secure and simple to use.

With all these new gadgets and features, Apple says this is the iPad they always wanted to sell, and it is the most significant change to the device since the first release.

The New and Improved Apple Pencil

Coupled with the iPad Pro launch is the upgrade to the Apple Pencil stylus. While it might not sound on its face like a riveting new piece of technology, it is in fact one of the most exciting things (for us at least!) to come out of the launch!

The pencil is pure white apart from a small Apple logo on the nub but is stuffed with features. Double-tapping the side toggles the stylus across different tools like brush or eraser when using compatible software, and is fitted with a thin magnetic strip so the pencil can stick to the iPad Pro or its charger for easy use.

The Apple Pencil is a magnificent piece of technology that has a lot of features users have been demanding.  It is especially good news for budding digital designers who want the best tools for when they are creative. We’re already loving using the new pencil and expect everyone else is too.

After years without any update, rumours around a new Mac Mini swirl every keynote. By Brooklyn, the tension reached fever pitch: the people demanded a new Mac Mini, especially one that met the needs of 2018. Apple delivered.

The device is blazingly fast, with a solid state drive as standard that loads within seconds of use. The new core processor – a sixth generation 6-core or quad-core racehorse – has up to five times faster system performance than previous generations. The core has also been redesigned from the ground up to improve cooling of the device, preventing overheating and maximising device longevity.

The device has also been rigorously tested to not just be better in numbers but also in user-experienced performance. It is more than three and a half times faster than the previous generation when it comes to using Final Cut Pro, for example, and more than three times faster when using Photoshop. It’s even built for gaming: the Mac Mini runs Rise of the Tomb Raider six times better than the previous generations’ devices.

The new Mac Mini delivers, and in almost every way, an improvement to the previous device has met the hype surrounding it. We are glad the Mac Mini is getting the love it deserves again from Apple.

The Greenest Macbook Ever

The MacBook Air has not been updated since 2015, and it was about time for it to receive a fresh new updated design. The new MacBook has thinner bezels and a 13.3” retina display which makes the whole thing sleeker than ever.

In addition, Apple has made a huge push for the new MacBook Air to be their ‘greenest ever’. What that means is the thinner and lighter body is made wholly from recycled aluminium. Before, suppliers could not meet the needs Apple had and had to rely on mining high-grade aluminium for the device. Now the tech giant has brought in their in-house team of metallurgists to help redesign the device from a composite alloy that uses the excess aluminium from other projects and processes. The device also uses recycled tin in its motherboard, and a lot more of the plastic used in production is recycled rather than new. As a result, the carbon footprint of the product has been reduced by almost half. Though buying a used MacBook Air is also good for the planet (and your wallet), we can appreciate the move towards more environmentally friendly design by Apple.

The new laptop is also full of new features, including a Touch ID fingerprint scanner, Force Touch trackpad, new keyboard and two powerful Thunderbolt ports. The hardware has also been updated with a sharper screen and a powerful processor. At the same time, the laptop does not sacrifice on battery life, with over 12 hours non-stop use boasted by the powerful computer.

The MacBook Air is designed as an entry-level laptop and has a lower price tag than a lot of other MacBook products to make it more tempting than ever. Given all these features, as well as its new green credentials, we can see why it will be a popular first choice for new Apple users.

We hope you enjoyed our roundup of Apple’s Brooklyn launch. From the new iPad Pro to the greenest MacBook ever, there are loads of fresh new developments worth noting. Did we miss out on what you thought was the biggest piece of news from the keynote launch? Please let us know your thoughts in the comment section below or on social media!

No Comments on "What We Learned from Apple’s Brooklyn Launch"