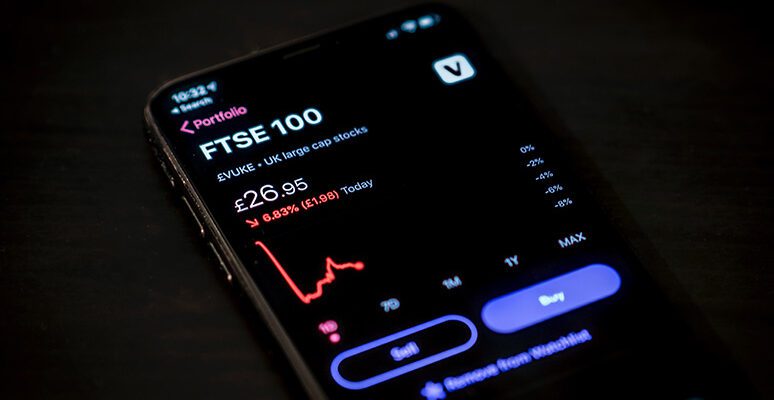 Apple is now more valuable than the entire FTSE 100…wait for it….put together.

The valuation of the US tech giant Apple has continued to surge surpassing the entire value of all the members of the UK’s top share index. Apple’s shares rose 4% on the 1st of September, valuing it at $2.3 trillion, which equates to £1.7 trillion. Currently, all of the companies in the FTSE 100 have a combined value of £1.5 trillion, which Apple has now managed to surpass. Apple shares did fall back slightly the following day but by the end of the trading day, Apple had bounced back and was still ahead of the UK trading index.

This comes just two weeks after Apple became the first US firm in history to be valued at $2 trillion. Investors have been snapping up US tech stocks following the surge in demand for tech goods amidst the Covid-19 pandemic. With the ‘work from home’ transition, more people are relying on technology to be able to achieve this, with Apple being one of the many beneficiaries of this recent shift.

Demand for Apple’s shares was also said to be boosted on Tuesday by the company’s decision to divide its shares; swapping four new shares for every old share investors held. A strategy that Apple claims will make it easier for individuals to invest.

By contrast, market analysts said London listed companies, including large oil corporations and banks, have performed poorly compared to the out of control share prices of large US-listed tech firms. The current shares listed within the FTSE 100 are outdated and when compared with these larger US tech companies, have little growth to offer. Firms such as Amazon, Facebook, Apple and even Tesla have performed extremely well despite the effect of the pandemic and the lockdown measures put in place by their respective Governments.

Towards the end of March, when worldwide panic about the pandemic swept the world’s stock markets, Apple’s stock price, as well as many other large corporations, began to fall quite dramatically. But since then, their stock price has not just recovered, it has more than doubled and Apple now sits in an approximately 30% better situation than they did in February.

In a situation where it looks as though the economy is not performing well at all, Apple has turned this on its head. It is no secret that Apple is considered a “luxury” brand and you only have to look at their prices when compared with competing brands, to establish this. It becomes a little confusing as to how Apple has managed to achieve this considering that not just the UK but worldwide unemployment has reached its highest for some time. It appears that despite these testing times, Apple has been able to flourish.