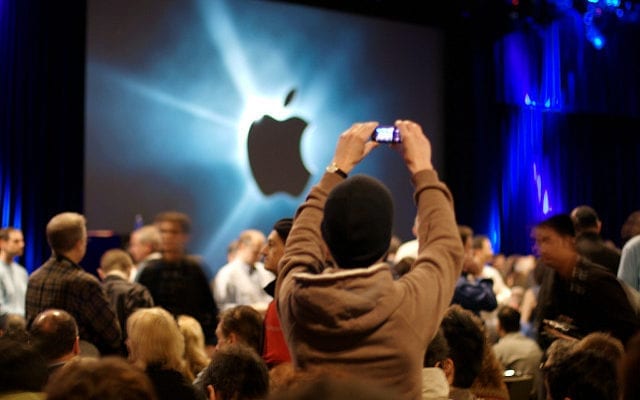 “What a great morning” yesterday was for Apple-lovers everywhere, as the keynote event aired at 10 am PDT (around 6 pm GMT). Fear not if you didn’t get the chance to watch the event or find out about the latest updates, as we have all the latest in the following article, as well as our thoughts on the new releases.

But first, let us set the scene for you. In the dimly-lit Steve Jobs’ theatre, thousands of Mac fans and journalists eagerly awaited the beginning of the 2018 September keynote that was set to release some ground-breaking company news. The only light that was visible was that of the enormous screen on stage and the dotted laptops around the theatre that waited to take notes of what was one of the greatest events of 2018. As each keynote speaker came to the stage and delivered their main announcements, they were welcomed by cheers from the enthusiastic audience.

Of course, we were upset not to hear any news of any MacBooks as the rumours suggested we would, but this means that there will more than likely be another event to look forward to some point in October. Although we didn’t hear any updates on MacBooks, we did get some great news in regards to other Apple hardware which we will share with you in this feature; if the progress is as monumental as the leaps made for these other hardware devices, we can expect some truly wonderful things next month for the Apple laptops. Going back to this keynote event, however, we did hear about the iOS 12 update that will officially be launched on September 17th, as well as the Mac Mojave, with enhanced security and privacy AND a new design of the App store which will be live from September 24th.

In our following break-down guides, we’ll tell you about the latest S4 Apple Watch and all the innovative applications this wearable tech can do, as well as the THREE iPhone releases and their capabilities. Brace yourself, readers– there are some really juicy updates! Read on…

*a keynote update brought to you by MacBank, one of Europe’s biggest sellers of refurbished MacBooks. Buy a used MacBook with us today!

No Comments on "What the Apple Keynote September 2018 Event Revealed"