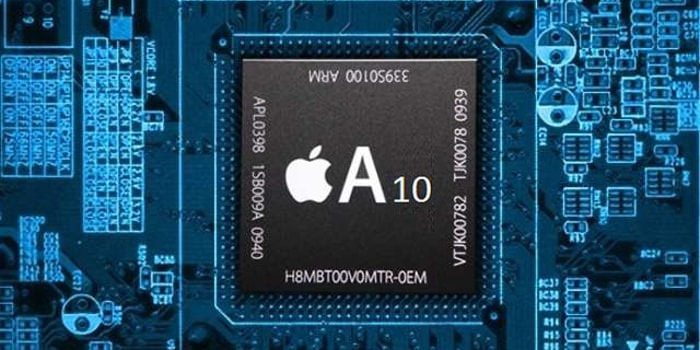 A big question that somehow still remains today is why PCs still aren’t all making the shift over from CISC to RISC chips? It makes sense to us, much like it makes sense to everyone reading this (we’re guessing), so when will the day come that this logical move becomes a reality? Well, there could be some moves in the right direction…

Long before anyone could search ‘buy Apple refurbished’ into Google, the original Apple Mac (1984) ran Motorola’s 68k chips, which made it the PC market’s most effective option. Fast-forward a decade and Apple have moved to RISC, snubbing a move to Intel x86, in doing so. However, Motorola wasn’t able to hold their own against the superior competition in the form of Intel. What made things even worse for Motorola and their few competitors was that Apple had minimal competitive choices in the budding laptop space. So, fast-forward 11 years to June 2005 and Steve Jobs is outlining a multiyear transition to Intel. Jobs said at the time: “What we see is the PowerPC gives us sort of 15 units of performance per Watt, but the Intel roadmap in the future gives us 70. So, this tells us what we have to do.”
Strangely enough, the Intel P6 line unveiled in the December of 1995 was a RISC chip internally, but it “presented” as a CISC chip to run legacy x86’s instructions. In typical Apple fashion, the switch to Intel was a slick one largely down to its “fat binaries”, and Rosetta, a just-in-time instruction translation based on code from Transitive named QuickTransit.
As the history books reveal, Apple tends to make the big switch around every decade. However, it has now been 12 years since the last one, so are we on the cusp of a fresh switch?
Apple’s latest desktop offering is set to be the first hybrid it has produced that features iPhone chips alongside Intel silicon, a hearty analysis of Cupertino’s mobile chip code indicates.
There’s been some delving by reverse engineering expert Jonathan Levin – who as “Morpheus” has assisted in jailbreaking the iPhone – into a new edition of the yet-to-be-documented BridgeOS framework, which is used to deliver an embedded OS to Macs. This latest addition is said to contain references to “T8010”, the part number for Apple’s A10 Fusion chip. For those who don’t know, the A10 is the 64bit quad-core SoC (System on a Chip) that made its debut when the iPhone 7 debuted in 2016.
The reference shows up in the undocumented package BridgeOS, which contains an embedded OS. Developers are now expressing speculation that the Arm chip may be adequate for an always-on Siri service. Not just this, it seems to also be sufficient in handling the macOS boot and security process too.
This is certainly a big step for Apple from making increased use of Arm and its chips, to a complete Arm Mac. Apple’s not been shy when it comes to letting it be known they’re cutting the dependence on silicon partners like Intel and Qualcomm, who provided modem chips, and Imagination, which was responsible for the graphics chips until this year.
A Mac running Arm has, for all intents and purposes, got big potential for significant gains; for example, it would provide extended battery life and reduced power consumption.
And although Intel Inside isn’t a problem for Mac users today, you can bet that Apple has thrashed out the workings to figure out how much it could save by removing it completely.

No Comments on "Could Apple Next Big Move Come from the Inside?"