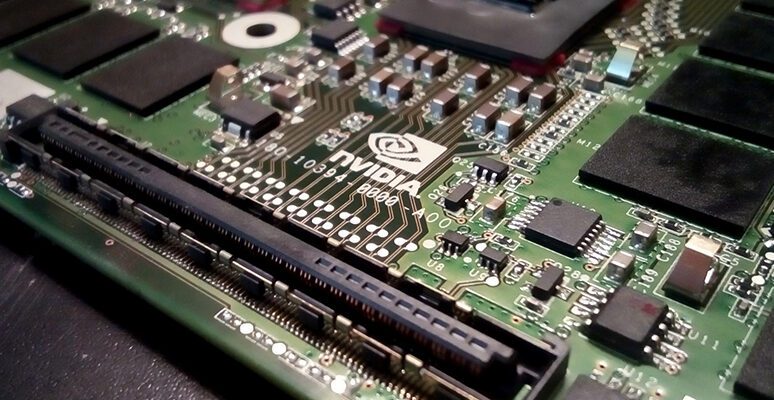 If you have never heard of ARM before, chances are a product you use every day probably contains a chip designed by ARM. Do you use an iPhone or an Android? Have you ever used a Nintendo Switch, a smart TV, or even a car from the past 5 or 6 years? They all have an ARM chip in. Even if you’ve bought a new fridge in the past 5 years, it probably has an ARM chip in it too. Amazon Echo or Google Home Assistant? they’ve also got one. Now with this in mind, it may not surprise you that by the end of March 2020, 160 billion ARM chips were sold worldwide and it will be hard to find a tech giant that doesn’t use ARM chips in some form. According to multiple articles from Bloomberg, ARM is now up for sale with Nvidia currently leading the race for the take-over deal.

The UK-based microchip designer was previously purchased back in 2016 for $32 billion by the SoftBank Group, a large Japanese holding company that has truly been hit hard by the current pandemic. A number of SoftBank’s investments, such as Uber and WeWork have had particularly poor quarterly performances. Partnered with the bankruptcy of OneWeb, SoftBank is looking to offload some of their assets in order to raise funds and pay off their debtors. It just so happens that ARM is one of these assets that they need to let go.

Following SoftBank’s purchase of ARM in 2016 for $32 billion, ARM has continued to grow exponentially and is likely to be worth far more than that in today’s market, with estimates out there from $41 billion all the way up to $100 billion. This only leaves a handful of companies that not only would be interested in purchasing ARM but have the assets to be able to pull off what is being dubbed as “the biggest tech acquisition in history”.

Apple, Samsung, Nvidia, AMD, Intel, Qualcomm and Huawei, to name a few, all would have reason to be interested in the sale of ARM. But right off the bat, Neither AMD, Intel, Qualcomm or Huwaei have enough assets to acquire ARM individually. So unless they were to form a consortium (which is highly unlikely), they simply could not afford the acquisition of ARM in the first place. This, therefore, leaves Apple, Samsung and Nvidia in the race, all three of which are currently licensees of ARM.

The short story is this; Apple doesn’t want it. For two main reasons. The first reason being that ARM doesn’t necessarily suit Apple’s business model. Traditionally, Apple has not taken much interest in the component manufacturing side of things, and except for the very early days when the Apple 2 and the very first Macs were in production, Apple has always been a software house. Secondly, if Apple were to purchase ARM, far too many regulatory issues would arise. Both EU and US antitrust regulators would need to have a say in the deal, simply due to the level of competitive power this deal would create for Apple. For Apple to own the license of the technology that is fundamental to the survival of multiple tech companies, including most of its competitors, would cause numerous regulatory issues. For the same reason, this rules out most other smartphone manufacturers, including Samsung from this deal. Realistically, only leaving Nvidia behind.

Nvidia is also a licensee of ARM, utilising the technology for their self-driving car platform as well as in their Nintendo Switch chip but they do not, however, use it in any spaces where they are directly competing for customers. At least not in any significant space, to where the likes of Apple or Samsung would be. Although Nvidia is an ARM licensee, it is not a major competitor in the smartphone industry with Nvidia chips being sold on the strength of its GPUs. Money is not an issue for Nvidia, they recently passed Intel in market capitalisation and definitely has the resources available to pull off what could be the biggest tech acquisition in history.

While this is not great news for Apple, it could certainly be a lot worse. Apple and Nvidia’s relationship is notoriously a little unstable after Apple ditched support for Nvidia’s graphics drivers following the release of macOS Mojave back in 2019, as well as other smaller feuds over the years. But the good news, from Apple’s perspective, is that ARM does offer a perpetual license for their instruction set and they are already using their own custom Apple Silicon, built on top of ARM’s standard cortex cores. So going forward, it probably won’t make too much difference to Apple who owns ARM anyway. The amount of regulatory pressure Apple would face if they were to acquire ARM would simply not make the deal worthwhile for them in the first place.

It is important to remember that this is far from a done deal and talks will continue to go on for weeks to come. From a consumers point of view, this might not necessarily be a bad thing. Apple currently sources their graphic performance from AMD, who for a while now have been second best to Nvidia. If Nvidia were to acquire ARM, we could really see Nvidia push the market forward. With their GPU expertise combined with their newly acquired, market-leading, ARM CPU architecture, who knows where chip performance could end up?

No Comments on "ARM Is For Sale and Nvidia is Interested, Apple Is Not"