After a very lengthy Beta period, macOS Big Sur has finally been released to the public following Apple’s “one more thing” event in November. The first operating system that has been specifically designed with Apple’s own hardware in mind promised not only a complete design overhaul but a number of other features to improve both security and user experience.

The overall design has changed quite a lot with this latest version of macOS and is perhaps the biggest visual overhaul since macOS Yosemite. You’re going to notice design changes pretty much everywhere, especially in areas that you interact with frequently. From the app icons to the menu bar or even the in-app sidebar, all have been refreshed. This design refresh definitely borrows a lot of elements from both iOS and iPadOS which helps build a more coherent design language across all of Apple’s platforms.

Another very familiar feature to all iOS users is the new control centre. Not only is it very easy to navigate, but it’s also very intuitive. Changing display brightness or audio volume can be controlled with the swipe of two fingers. And just like iOS, the new control centre now features a music pane which allows you to easily control what music is playing without having to jump into the Apple Music app every time you want to change a song. Or for that cleaner look, you can even remove all of the icons from the menu bar so that they exclusively live in the control centre. Alternatively, you can choose which icons you want by simply dragging and dropping them

The release of Big Sur saw the return of widgets to macOS. Again, these widgets are very similar, if not identical to the widgets that were released with iOS 14. Widgets are not new to macOS and have actually been around since OS X Yosemite but they also seemed to look a little outdated and were never really of much use. This time around, they look a lot cleaner and have a lot more customisable features that help improve overall functionality. Apple has also removed the double-tab notification centre and now both widgets and notification can be found in the same tab that can be accessed by swiping left on the desktop or by clicking the date and time.

Another simple, yet very welcomed new feature is notification grouping. Gone are the days where your notifications would just endlessly pile up which seemed like a never-ending list. Notifications are now a lot more manageable and you can view or dismiss them by category, rather than having to work your way down and dismiss them individually. You can also choose to deliver notifications for certain apps quietly, which means they will be stored in your notification centre without popping-up and disturbing you. You can then proactively look for them when you have some spare time without pulling your attention away. 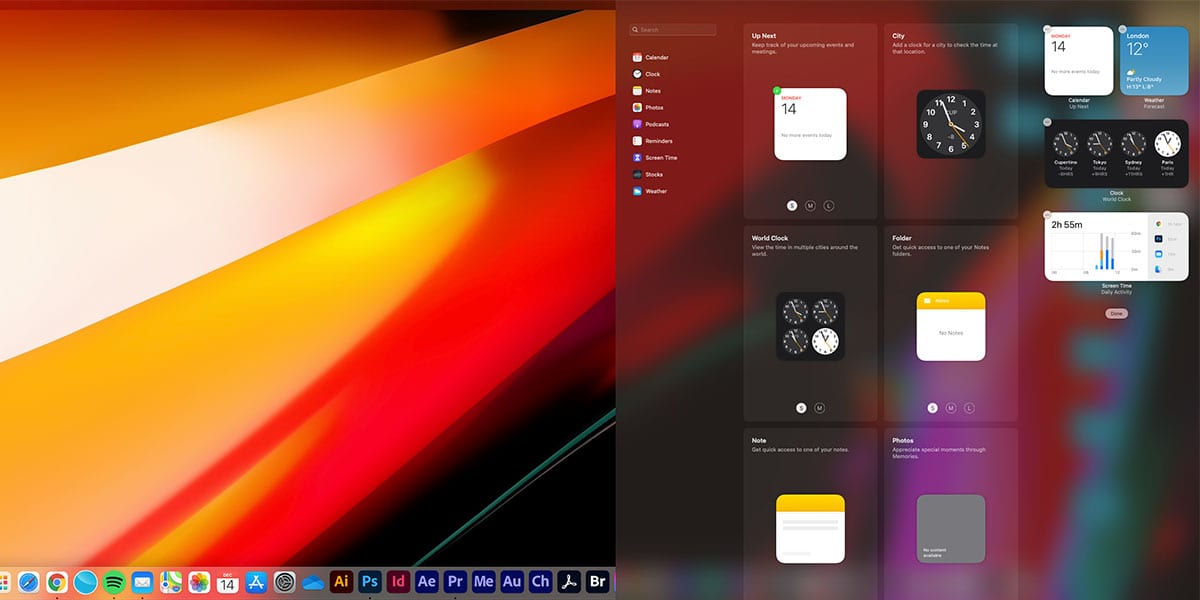 Safari on macOS Big Sur should feel a lot faster. Apple claims that Safari is 50% faster on average at loading your frequently visited sites when compared to Chrome. As soon as you open Safari, you are greeted by a newly imagined start page. You now have a lot more control when it comes to displaying content that you find helpful. In the bottom right-hand corner you can find a new settings icon that allows you to decide what content is displayed when you first open the app. You can even change the background wallpaper in Safari by browsing a select few presets or by uploading your own images.

The new tab preview feature is a new, helpful little feature that provides you with a thumbnail preview of the selected tab before selecting it. Especially helpful if you’re a tab hoarder. Safari extensions are now also found in the App Store which makes it a lot easier to browse and discover new extensions that were previously hard to find.

Privacy is also another big theme for this year’s OS and this features heavily in this new rendition of Safari. The ‘Privacy Report’ breaks down everything that Safari is doing in the background to protect your privacy online. The shield icon that is found next to the address bar tells you exactly what’s tracking you and what’s being prevented.

The new Messages app also has a much better level of integration with other apps such as Maps and Photos and you can now simply drag and drop a photo to send it in the Messages app. 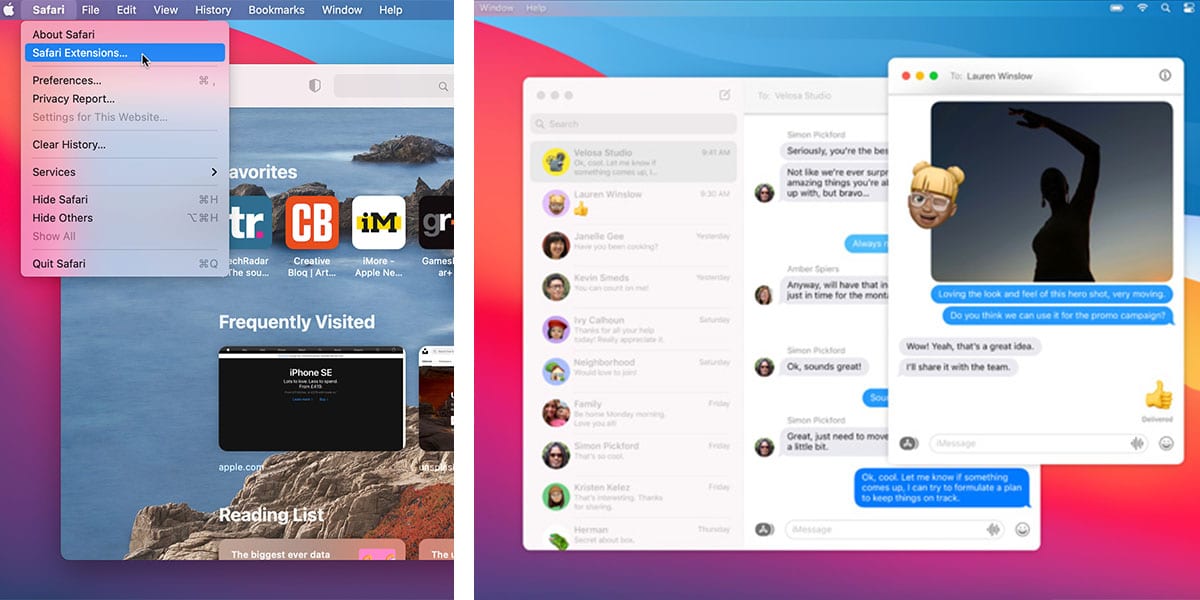 The Photos app itself has been completely redesigned and now looks a lot more modern and user friendly. Editing your images directly in-app is now a possibility. Adding filters, adjusting brightness and contrast levels and the traditional crop and rotate features all now live in the app, allowing you to adjust your images without having to download any additional, third-party software.

Another handy feature is the ability to add notes to each of your photos. Doing so will enable the image to become searchable in the search bar. This really helps when it comes to keeping track and organising all of your photos.

While you’ll still have access to all of the great features and apps that we’ve discussed above if you’re the owner of an Intel-based Mac, to fully take advantage of the hidden performance upgrades, the true Big Sur experience lies within the 2020 M1 Macs.

Apple has claimed that Big Sur on the new Macs is capable of running javascript 1.5x faster and is almost 2x more responsive. Right out of the gate, all Apple-made apps have been optimised for the new M1 chip, Messages, Maps, Photos and even Final Cut and Logic have been enhanced to take full advantage of Apple Silicon.

Big Sur on these new Macs also features something Apple is calling ‘Advanced Power Management’. A feature that will automatically assign tasks between the performance and efficiency cores within the M1 chip. Low-intensity tasks and applications will be assigned to the efficiency core whereas high-intensity, more demanding tasks are assigned to the performance core, helping to reduce power consumption and to ensure that those more demanding tasks and applications are supplied with all the power they need to run smoothly.

And for the first time ever, you will be able to run your favourite iPhone and iPad apps on your Mac (providing, of course, you have an Apple Silicon Mac running Big Sur) even if the iOS developer hasn’t released a Mac-compatible version.