Renowned recording engineer & producer Stuart McCredie recently took the time to answer a few of our questions relating to his work and his new rack mounted custom Mac Pro 5,1. Stuart has worked with artists such as The Fratellis, Texas, Belle & Sebastian, The Blue Nile, Kelly Clarkson, Echo & the Bunnymen & Deacon Blue. Check out the question and answer session below:

Your custom Mac Pro features a rack mount chassis and you transport it to events for live recording. Can you let us know exactly how your Mac Pro is housed and how mobile it is?
My Mac Pro is housed in a 6U SKB rack normally and then transferred to a short mounted 6U flight case if it is going in the back of a truck. The Mac Pro itself weighs 20KG so it’s quite heavy, but in reality I have heavier guitar amps so it isn’t an issue. It’s also just one box to lift, there is no need for external drives and cables etc. For me, this format makes a lot of sense.

Traditionally a sound engineer would use a laptop system for live recording. How does your Mac Pro compare, performance wise, to a more traditional laptop for the specific task of live sound recording?
My custom Mac Pro is massively more powerful than a MacBook Pro and less likely to go wrong. I do still also run a MacBook Pro for backup recordings, which works well, but this isn’t as critical as the main Mac Pro system. Basically, the Mac Pro takes a Pro Tools recording from a split MADI feed via Dante coming from a merging box, the MacBook Pro then takes a second recording just as a backup.
The Mac Pro is much more robust giving me extra confidence, there is tons of processing headroom on the system. For me, the Mac Pro offers complete peace of mind. Before I got it, I tried using a MacBook Pro and also a HP Z600, but I just can’t get on with Windows and require much more processing power than the MacBook Pro could offer. I was running sessions on the max buffer size until I got my Mac Pro.

You ran a recording studio in Glasgow, Terminal Music. How does your approach to recording in a live environment differ from that of recording in a studio?
It doesn’t really change to be honest. A lot of bands like to record in weird and wonderful inspirational spaces nowadays. You’ve got to make it work acoustically to get a good recording. If it’s a live gig, usually I will take a digital feed from front of house into my Mac Pro, whereas in a studio environment I cart around all my microphones, amps & gear. But I still use the Mac Pro and record as much as I can in the box.

What is your entire live recording set up? Are you considering any additions/upgrades?
In a nutshell, my custom rack mounted Mac Pro, Pro Tools HDX, a HD MADI, HD10 16/16, HD Omni & my backup MacBook Pro. I’m looking to add a Merging Horus as it now has HDX support as well as another 12 core rack mount Mac Pro from you guys. I’m going to add the PCI-e flash this time, and my assistant will use my current Mac Pro.

What spec Mac Pro did you go for? Why did you choose this spec, and was it a big upgrade from your previous system?
I’ve got a 12 core 3.46GHz CPU, 48GB RAM, Angelbird SSD wrk for Mac 512GB SSD as a system drive, a Pro Tools HDX card and 3 more 1TB Angelbird SSDs.
It was a huge upgrade and is just as powerful as the current top spec Mac Pro, the main difference is that with my rack mount system I don’t have to carry around external drives and loads of extra cables and chassis. I’ve also had Thunderbolt cables come unplugged in the past, which I don’t fancy having happen again. The MacBook Pro I was using before I got my Mac Pro was a built to order quad core, but it just can’t compete with my 12 core Mac Pro. For me, the Mac Pro is the best of both worlds, performance and portability.

What do you use your Mac Pro for? Which software do you run & how does the system handle it?

I use my Mac Pro for everything, tracking, mixing and everyday use. I’m currently running Pro Tools 11.3.2 on OS X 10.9.5 and the system is absolutely flawless. I can run the lowest buffer settings all day long with plenty of room to breath. The Mac Pro never even breaks a sweat.

How integral is your system/software to your workflow? Do you see your reliance on your Mac/software increasing in the future?

It’s absolutely vital, I don’t think my reliance of the Mac Pro could increase anymore. I’ve been in the box on and off for about 16 years now and I’m now 100% in the box. I do everything on my Mac Pro system.

Do you use any additional hardware in your workflow? What impact does this have on how you use your Mac Pro/software?

I use a Pro Tools HDX card, API mic amps, DPA mics & mic amps, some Neve stuff as well as some compressors and distressors. I normally use 24 ins when tracking bands and do all my work inside the Mac Pro.

Are you currently working on any projects using the Mac Pro? How does your workstation fit in with this project specifically?

I’m currently working on an album for Pete Lincoln which has been going really well. His studio is in Newcastle, so I transport the Mac Pro, a monitor and a few racks in my car. I can then stay in Newcastle for weeks at a time. I can get my basic setup in three 4U racks and a single 6U rack.

How important is your system’s performance to you? Does not having to worry about what you workstation can handle help you spend more time focussing on the quality of your work?

It’s one less thing to worry about. If you have computer problems whilst trying to record it really breaks your workflow. You don’t want things going wrong and its important for me to have a lot of headroom performance wise. It’s also going to last me a long time into the future, so choosing a Create Pro Mac Pro is a no brainer for me.
If you’re making or recording music as a job, you really owe it to yourself to have the most powerful system you can. 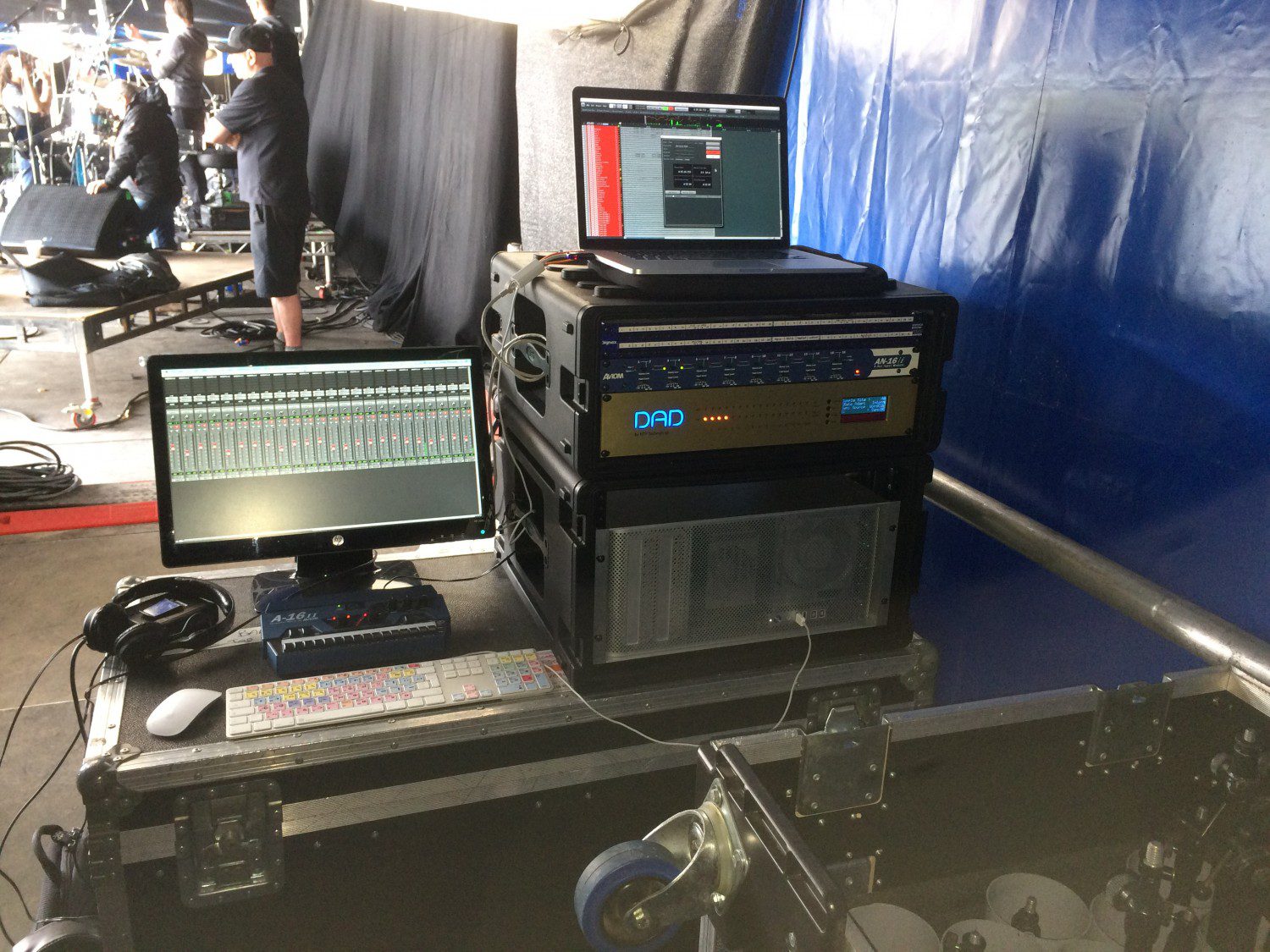 We would like to thank Stuart McCredie for kindly taking part in our Q&A session, check out some of his incredible work below in the yet to be released track by First Tiger titled Take Care.