As we all know, Apple doesn’t make a habit of leaving much time between releasing a new product and having it go on sale to the public. But, just like the recent shift from the classic white-only colour Apple was distinguished by to a range of colours, the iMac Pro’s unveiling-to-purchase date broke the mould.

This much-anticipated computer was originally unveiled a good six months ago, back in early June at the Apple Worldwide Developers Conference, but these all-in-one (AiO) workstation computers are only set for availability as of tomorrow (Thursday 14th December).
This is one powerful specimen – as you’d expect – and incorporates Intel Xeon CPUs with up to 18 cores, an AMD Radeon Pro Vega GPU with up to 16GB of HBM2, an abundance of fast RAM and storage choices, tucked nicely behind the impressive, even brighter, more colourful Retina 5K display. 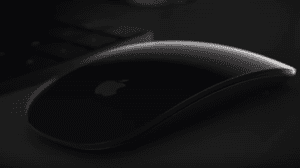 In case you missed our previous article on the possible release date (Google wasn’t far off really, whether it was on purpose or not), Apple is offering the following from its new base iMac Pro machine:

If the spec is not as big as you’d want, all of the various aspects are upgradable, making a custom Apple computer perfectly accessible. What’s more, you can pay extra to configure a 10 or 18-core Xeon, an AMD Vega Pro 64 with 16GB of HBM2, 64GB or 128GB of Ram and SSD storage of 2TB or 4TB built-in.

What else does the iMac Pro offer?

Apple’s 27-inch ‘Retina 5K display’, complete with 5120‑by‑2880 resolution has the capability to support billions of colours, and as much as 500 nits of brightness, along with support for wide colour gamuts (P3). There’s also the option to connect a further two 5K displays or four more 4K 10-bit displays if additional screen working space is what you’re after.
You can expect 10Gb Ethernet built in, along with Wi-Fi 802.11acm and BT 4.2 too. You’ll have access to connect/interface via 4x Thunderbolt 3 (USB Type-C) ports, 4x USB 3.0 ports, and an SDXC card slot.
Anything else? Actually, yes! More useful features worth noting are the improved, built-in 1080p FaceTime camera, stereo speakers, 4x microphones, and the latest MacOS High Sierra software comes pre-installed.
Apple has yet to reveal the upgrade prices beyond the $4,999 (£3745) base, but with high-end options selected, those in the know are touting prices of around double the base rate for the top end specs.
Oh, and the iMac Pro will be available in only one colour variant; Space Grey. This means users will also get a Space Grey Magic Keyboard with Numeric Keypad, and a Space Grey Magic Mouse 2 along with the essential cords.
What are your thoughts? Let us know on Facebook and Twitter!

No Comments on "Get the Lowdown on the New iMac Pro Before Tomorrow’s Release!"