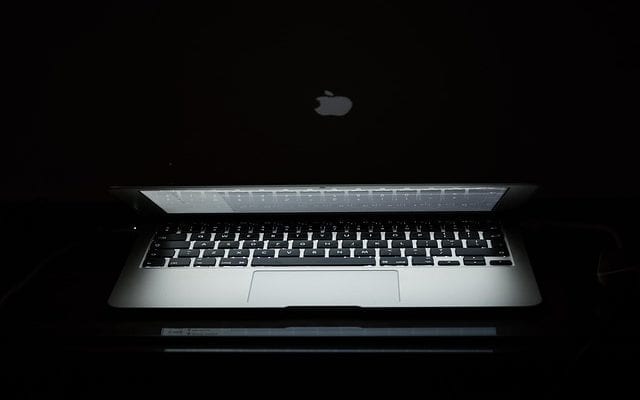 MacBook trackpads could become invisible according to news of a recent Apple patent. The proposal filings indicate that the company has some intriguing ideas for redesigning the Mac laptop keyboards and trackpads, with the trackpad being untraceable to the human eye. The patent design shows how Apple wants to change the traditional trackpad we’re all used to, and install a trackpad that encompasses the entire top part of the laptop where the keyboard buttons currently lie.

Apple’s idea is to make the entire palm rest region, areas lateral to the keyboard and the keyboard itself into one massive trackpad. To incorporate this change, it would mean the keyboard would need some updates too. Keyboard buttons would be entirely gone, switched for virtual buttons – much like what you see on the iPhone and iPad keyboards.

Additionally, it’s thought that the keyboard itself could even be utilised for actions you would usually use the trackpad for, like scrolling down a webpage or double-clicking. While this concept is not a new one, the company wants to eliminate the metal sections of the design and incorporate lighter materials such as plastic or glass, where lights will shine through to indicate the keys and central trackpad area.

Of course, this seems like a natural progression from the recently incorporated Touch Bar, but its design raises some usability questions. Would this marriage of keyboard and trackpad make it easier for Mac owners or would it create confusion concerning functions?

There are many hurdles that Apple will need to tackle to move forward with this design proposal. First and foremost, because there would be no physical keyboard, it will be difficult to make it tactile. This can, therefore, make accidental key presses a big problem for users, and this is something Apple will need to seriously consider to avoid any consumer frustration.

Of course, it’s important to note that these are just patents and not finalised designs, but they indicate where Apple’s thoughts are going regarding new MacBook designs.

Let us know what you think. Would you like to see an invisible and all-encompassing keyboard and trackpad? And if you’re a fan of the traditional look, like the 2015 range that was recently discontinued on the Apple store, fret not­— there are still quality refurbished MacBooks for sale with MacBank.

No Comments on "MacBook Trackpads Could Become Invisible"