At this year’s WWDC, Apple announced that they would be leaving Intel behind with their new line of Macs and would feature their own, customer ARM-based chips. Not only do these new chips promise groundbreaking levels of performance but they also make it possible for these new Apple Silicon Macs to run the many iPad and iPhone apps that are available through the app store. We are therefore likely to see macOS, iOS and iPadOS all sharing the exact same apps in the near future. During the keynote, back in June, Apple even demoed a full version of Final Cut Pro running on the same A12Z Bionic chip that can be found in the iPad Pro. It, therefore, seems as though Apple is adamant on pushing its tablet range, specifically the iPad Pro, to be fully-fledged touchscreen computers that may even be able to replace your laptop.

Following the introduction of iPad OS in September of 2019, the iPad gained a plethora of new features that made it a much more viable option to replace your laptop. Slide over multitasking, a more usable Files app with SD card and external drive support, a more desktop-orientated version of Safari as well as mouse and trackpad support. Then came the release of the Magic Keyboard for the iPad Pro. Scissor switch back-lit keys, USB C port for charging, a hinge mechanism and a fully functional trackpad with full gesture support. The Magic Keyboard is a rather expensive accessory starting at £299 but when combined with these new iPad OS features, the iPad Pro shifts further towards the full laptop experience.

Given the size of the iPad Pro, it makes for an incredibly portable yet powerful device. Even when the Magic Keyboard is taken into consideration, the iPad is still quite a bit smaller and lighter than the majority of laptops on the market today. The iPad Pro is also best in class when it comes to the touch screen as well as providing Apple Pencil support, a very useful tool for creatives. The iPad Pro also comes equipped with a beautiful 120hz, high refresh rate display which makes gaming and video-editing smooth and responsive.

The iPad Pro can also be fully kitted out to include a massive 1TB of storage, as well as the option to upgrade to cellular. While these options do come at quite a hefty cost, the option to stay connected to mobile data networks, practically everywhere you go is definitely a great feature and something that you won’t find with many laptops. The iPad Pro also has a great set of cameras; a 12MP wide-angle and a 10MP ultra wide-angle lens, both capable of shooting 4K video at 60 fps. Both of these cameras are capable of shooting incredible sharp footage, with great levels of dynamic range and colour, trumping just about every other laptop or tablet on the market and probably even some smartphones. 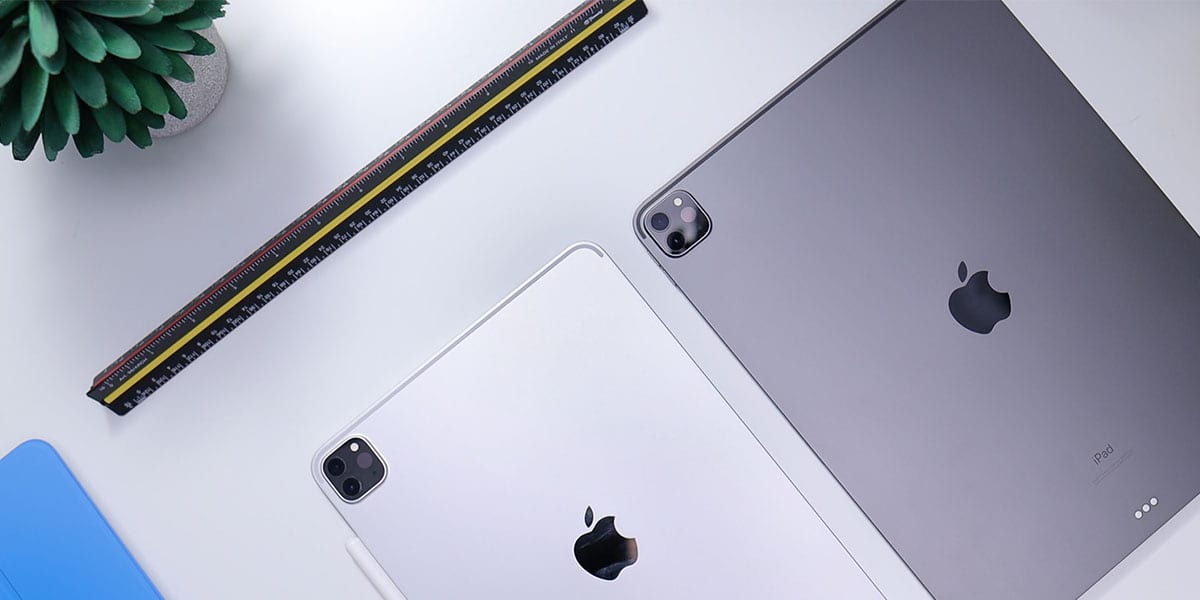 In terms of performance, the iPad Pro is going to be hard to beat. The A12Z Bionic chip is capable of some outstanding levels of performance and is even capable of editing 4K footage without any problems at all. The iPad is also capable of running just about any game effortlessly and when partnered with the 120hz refresh rate display, they appear incredibly smooth.

But in terms of replacing your laptop, it’s still not quite there yet and falls short in a couple of key areas.

The iPad Pro still lacks external display support. To be clear. you can still connect the iPad Pro to an external display using either a USB C, Thunderbolt 3 or a USB C to HDMI adapter but as soon as you do so, the problem becomes visible. The iPad Pro is still incapable of adapting the OS to fit the display and in fact uses the same 4:3 aspect ratio for almost every app. There are a few exceptions, mainly video apps such as Netflix that adapt to use the entire display but for the majority of other, more frequently used apps, not being able to utilise the full real estate of an external display can be problematic. There are also no extended display options available, so using the external display or the iPad itself as a secondary display is not possible, you’re essentially stuck with two mirrored displays. You also won’t be able to turn the iPad’s display off or close it like you can with MacBooks to use in clamshell mode.

Another potential issue that you may run into with the iPad Pro is the single USB C port that it features. If you intend to use the iPad as a laptop, a USB C hub or adapter is a must-have accessory, especially if you require SD card readers, HDMI outputs or even wireless mouse dongles. And despite the massive amount of apps available on the App Store, the iPad Pro just doesn’t quite have the software versatility of a Windows or a Mac laptop, at least not yet anyway, but this could certainly change in the near future, especially with the introduction of Apple Silicon-based Macs.

So should you make the switch? The iPad Pro would be a great alternative to a laptop for most students and perhaps even some creatives. The iPad is both portable and easy to use with a ton of creative ability as well as excellent battery life. But for those that use a lot of niche programmes, the iPad Pro may not be as versatile as traditional laptops. For tasks such as 3D design or development work, there’s probably not going to be much in the way of suitable apps on the App Store, so it may be worth sticking to a laptop. But then there’s the issue of price. The 11-inch, base-model, iPad Pro with the Magic keyboard costs almost as much as the base-model 2020 MacBook Pro, so you really need to decide if the iPad is right for you before you take the plunge.

No Comments on "iPad Pro, Is It A Tablet or Laptop?"