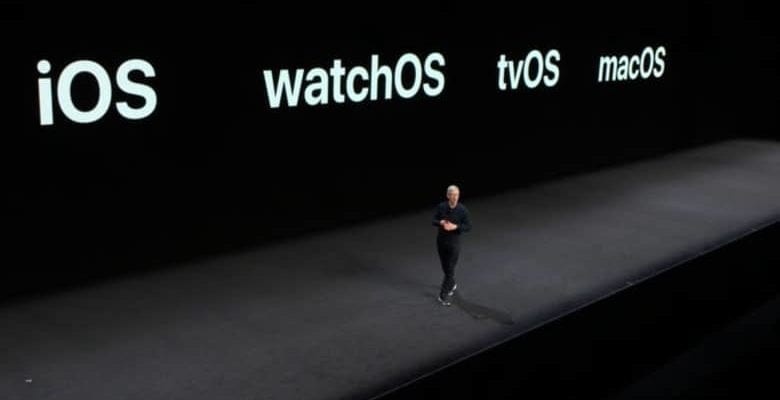 September has to be the most exciting months for Apple-lovers, as the keynote events each year from the tech giant bring long-anticipated product launches and brand updates. Until the keynote on September 12th at 10 am (PDT), we’ll have to consult the rumour mill to see what we can expect in this year’s major keynote. But, luckily for you, we’ve got you covered with what is likely to be announced this year.

Typically the Apple events follow a predictable pattern, with the WWDC in June and the iPhone launches at the September keynote. On occasions though, Apple has been known to surprise their users with an impromptu product launch or new event outside their rituals – with previous incidences of spring and late autumn events because there’s simply been too much to talk about! Sometimes, Apple may not even bother with an event at all, and a new product or update is revealed via a press release. For example, this July, when it was announced that there would be a line of new MacBook Pro models.

Whilst the September keynote is prominently and characteristically about the iPhone releases (that we are also keen to hear about), we can also expect to learn more about some new OS updates, as well as a potential updated iPad Pro or new of other updated hardware, like the iMac or a 13in MacBook, for example.

On the more technical side, we will hear more about iOS 12 and macOS 14 (Mojave) that are expected to be released in their final formats sometime in the month also.

If this news wasn’t enough to whet your appetite for fresh tech, then the following statement may be. Apple has a lot in the pipeline, so, as the rumours go, it wouldn’t be entirely surprising if there was an October event to follow. OR, they’ll treat us this month, and release it all at next week’s event.

Here are the rumoured Apple releases you might not have heard about and need to know:

We can most certainly presume there will be information regarding the iPad Pro, which hasn’t been updated in nearly a year! All signs lead to a September mention, especially considering the regulatory filings for five new iPad models that surfaced this July. All were stated to run on the iOS 11 which indicates that they will be launched before the iOS 12 launch due later this month. The new iPads are rumoured to use Face ID unlocking system that removes the need for a home button, as well as smaller, ‘barely there’ bezels for a much more sophisticated design that mirrors the latest desirable smartphones like the iPhone X, so, we can’t wait to hear more about this!

After what seems to be a very long wait by users, rumours of an update to the MacBook Air is in the…air! Many had thought that the model would be taken off their production lines after comments of discontinuing this light-weight laptop option, but it appears as if we could not see the back of the Air at all, with a suspected 13-inch model in the works, complete with Retina display. This is exciting news for those who like the model; although, the new release is anticipated to come in at a retail price of the current Air or higher, so, if you can’t fork out that kind of dough, buy a used MacBook Air instead at a bargain rate.

Contrary to the above, the 13-inch model could refer to just a general update to the MacBook range that is currently available with a 12-inch screen. With the popularity of bigger screens being showcased in the design of the latest devices, this wouldn’t surprise anyone. What would, however, is the lowered price tag attached to the product.

The Mac Mini could be getting a dust off. The company claimed that the Mac mini was still an important model to them, and, with the fact it hasn’t seen any update since 2013(!), we want to hear some news about this retro device being updated for the future. However, we’re not holding our breath about hearing anything about it, a lot of sources are saying this won’t happen until next year at the very least.

2018 marks the 20th anniversary of the iMacs, so there’s no better time to launch an update. Good thing the iMacs are set to get more core-power for super-sonic speed, with talks of six-core processors instead of the usual four! And, if they weren’t treating us enough, there could be an option for eight.

Anyone else geared up to hear about the Mac Pro? Chances are we won’t find out anything until next year, but, if enough of us beg, surely, they will give us a sneak peek? That outcome is dependent on how much progress they’ve made, so we’ll have to wait and see!

And IF we see the new Mac Pro, we’ll also experience the new 8K Apple displays. The company has been working hard on updating the screen displays, and we are dying to see the difference. Again, we think everyone will have to be patient.

As we count down the days, hours and seconds until the keynote event, we keep our eyes and ears peeled for more news about what the occasion will reveal. What would you like to see from this year’s September (and possibly October) launches? Let us know in the comments or via social media.

And remember to check out our store for all the latest deals we have available. We are Europe’s leading re-seller of affordable and fully-refurbished Apple equipment, and with over 13 years in the biz, you can be assured you are receiving the best possible products and services for your money.

Want to find out more about MacBank? Get in touch today.

No Comments on "Rumoured Announcements at Apple Keynote Events 2018"