If you are a Mac User in the market to for a Solid State Drive (SSD), you will find an abundance of options available to you. It’s easy to get lost in the myriad of SSDs. So we thought what better to do than narrow down your choices. We have been using SSDs in Mac Pro systems for years now and not every SSD on the market works well with the Mac Pro system if work at all! Below are a few of our personal favourites as well as our accurate comparison, so you see how they will perform for you.

Up first the Kingston HyperX Predator. What got our attention with the HyperX was the fact that unlike its competitors it provided a high speed but at a low cost. Furthermore the HyperX unlike the majority of flash modules it uses the AHCI protocol making it fully bootable in the Mac Pro similar to the Samsung SM951 below. The majority of Flash modules that are readily available on the market currently use NVMe meaning you need 3rd party software for them to show up and you cannot use them as your operating system drive.
We like to put all storage devices through lengthy stress testing to ensure that they will perform when used in very process heavy professional applications. The HyperX handled everything seamlessly. If you are working in post production, the HyperX will provide a much needed low latency and high speed for everything from standard definition to 4K and onwards.
The HyperX is a beautiful and well-made component with everything you need in the box ready to go. Kingston says that the HyperX provides up to 1350MB/s read and 1000MB/s write and trust us when we say, it doesn’t disapoint.
Kingston HyperX Predator M.2 Flash Drive 480GB £375
Kingston HyperX Predator M.2 Flash Drive 960GB £575 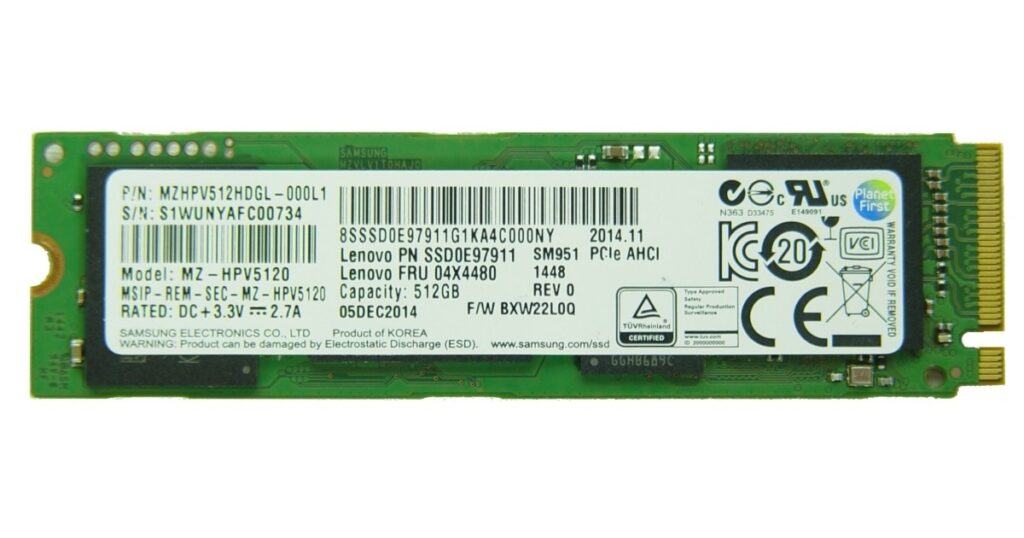 The Samsung, SM951 is by far one of the most popular Flash style SSD for the Mac Pro. The only thing that limits the speed of this drive is the PCI-e lane you fit it in. At 1450Mb/s read and write there isn’t much this SSD cannot handle, even the largest RAW video files will be transferred, copied and worked on effortlessly.
So why shouldn’t just purchase a Samsung flash drive over the Kingston? Unfortunately with all those benefits so does a price tag. The SM951 512GB coming in at around £545 per module, at almost the same price you can get the 960GB Kingston with only a small speed trade off. The SM951 AHCI is also a discontinued part and finding one is no easy task.
If you want to see the quickest possible storage solution, see our previous article on the Samsung SM951. 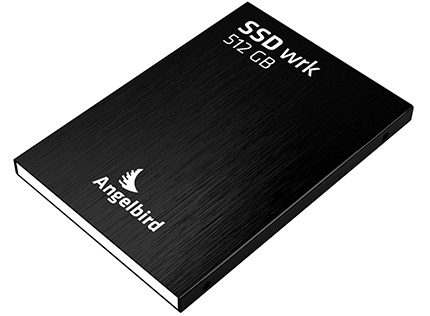 Here at Create Pro, we love the Angelbird SSDs. If you are looking to purchase a high quality built for Mac SSD, look no further. Designed and manufactured in Austria using high-quality anodised aluminium cases, overload and static protection, low power optimisation and sustained speeds of 560Mb/s read, and 450Mb/s write what more do you want from a 2.5″ drive!
Why Angelbird? The Angelbird SSD has something which no other SSD offers including the Samsung 850 Pro below. The Angelbird WRK comes straight out of the box with native TRIM for Mac. Native TRIM is essentially a garbage collection utility which runs in the background keeping your drive maintained and at full speed. No need to run any additional commands, utilities or drivers.
The Angelbird wrk SSDs are ideal for pro audio users. With a high sustained read speed and a low cost for the larger volumes compared to its competitors even large libraries can be stored without worry.
The Angelbird SSDs come in Three sizes ready to go straight into your Mac.

Samsungs flagship 2.5″ SSD the 850 PRO is a great all purpose SSD. The 850 PRO is a no-nonsense, high-quality and high-speed SSD with speeds, up to 550Mb/s read and 520Mb/s write. You don’t expect anything less when purchasing a Samsung drive.
I know what you’re thinking. Why would I get an Angelbird drive over a samsung 850 PRO? Well the main reason is native TRIM. Over time the Samsung SSD will become slower and after over a year of use we would recommend formating and starting fresh to ensure full performance.
So why buy a Samsung drive for your Mac? The Samsung drives come into their own when needing a high-speed RAID volume. Pro users who work on incredibly large projects have the ability to run up to a 12TB SSD RAID with a speed of almost 1,400Mb/s.
The Samsung Pro SSDs come in four sizes, and even bigger sizes are available in the Evo model.

One Comment on "Mac SSD Showdown: What is the right SSD for you?"

One Comment on "Mac SSD Showdown: What is the right SSD for you?"