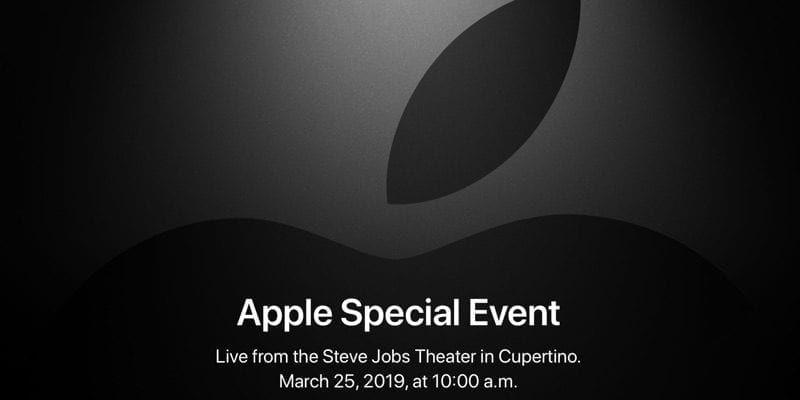 If you missed the recent Apple Media Event that took place on 25th March then fear not, we had our eyes and ears firmly focused on the keynote presentation and have done a roundup for you that features everything you need to know. As you can imagine, we were excited to see what Apple had to announce at this event with rumours swirling of some pretty special new products and services. It’s fair to say that Apple really pulled the cat out of the bag and delivered on this front, read on to see the highlights from the event.

It was only a matter of time before Apple started bringing original content to Apple TV; that said, none of us expected it to be as big and bold as the launch presentation turned out to be. Not only did they launch with a beautifully shot film featuring Steven Spielberg, Reece Witherspoon, Jennifer Aniston among others, but they also invited them to the keynote itself for them to talk in a little more detail about their new projects for Apple TV+.

The details of the new service are still a little hazy, but with a release date in Autumn, we expect that Apple will soon start to give us some more info on what will be on offer and the price point that it sits at. With Netflix’s already very competitive pricing, it’ll be interesting to see where Apple places itself within an established marketplace.

Similar to Apple TV+, Apple Arcade is a project that places Apple into an already existing and very competitive marketplace, game subscription services. Although these services aren’t new and have been launched successfully on consoles such as PlayStation 4 and Xbox One, there currently isn’t a market leader for mobile game subscriptions, which is Apple’s focus. With their range of iPhones and iPads which are all more than capable of running even the higher end mobile games, they are looking to offer a service that not only allows players access to a catalogue of 100+ paid games, but also one that backs new projects and brings exclusive titles to the platform.

A small number of exclusive games have already been announced; these include Where Cards Fall, Beyond a Steel Sky and Lifelike. Also like Apple TV+, the service will be launching later this year, therefore, we expect to have a more clarified list of games soon. They’ve also emphasised that the catalogue won’t be stagnant and will be regularly updated with new titles. One of the unique features on this service is the compatibility across all of their devices, this even includes Apple TV which means you can experience the games on the big screen.

Apple has jumped on the subscription bandwagon big time, not only announcing a games service but also a new film and TV service. Well, that’s not all either, with Apple News+ now bringing the full newsstand experience to Apple devices. Offering up a bursting catalogue of over 300 magazines and unlimited reading of all of them for one monthly cost. So if you’re a sucker for celebrity gossip but also want to keep up with the latest music news, you don’t need to worry about grabbing both publications as you’ll have them all available on your iPhone and iPad.

The app has been designed to emphasise the magazine experience, focusing on the cover, title design, article design and use of typography. They have even gone one step further and developed live covers, a short video that plays as the cover of a magazine, rather than just a still image. This and other new features make the articles really come to life, providing a spectacular and accessible reading experience. The price for this service is $9.99 per month, roughly the cost of two magazines, however, they also offer family sharing which means that if one person in the home has a subscription, other people in the family can also access the catalogue on their device with no extra cost.

Finally, the other service announced at the Media Event was Apple Card, a unique and innovative way to organise and manage your finances. Apple Card is an extension of Apple Pay which takes the service to a whole new level, offering users the chance to track their incomings and outgoings across a day, week or month and to see exactly where their money is being spent. Apple Card also acts as a credit card and allows users to pay as much or as little off at a time as possible.

Apple Card also launches with a physical card, which means when you don’t have access to your phone or an internet connection, you can still pay for your purchases. For phone purchases, you’ll need to authorise the payment using Touch ID or Face ID so even if someone takes your phone, they can’t use the card feature.

We’re super excited about these new services and are especially looking forward to seeing the new shows coming to Apple TV+! Make sure you’re ready for the release this autumn by upgrading to a Retina model device, you can buy used MacBooks on our site here!

No Comments on "Our March Media Apple Event Roundup"