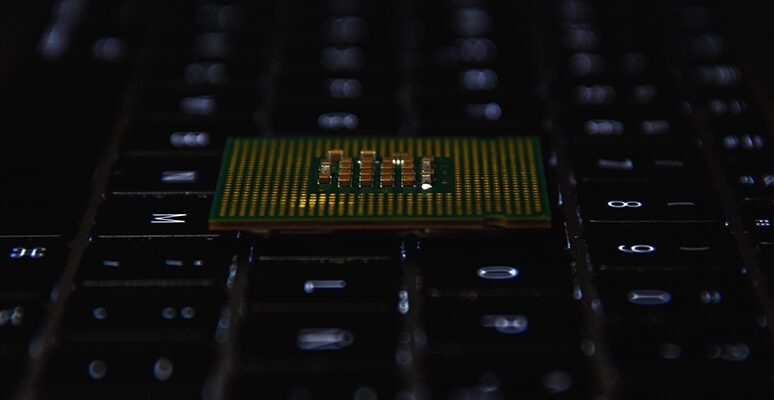 About a month ago, a number of Geekbench 5 results were leaked for the Apple Silicon Developer Transition Kit. While these scores were nothing impressive, they were achieved using the Rosetta emulation. In the past week or so, new native scores have leaked that show just how fast these new Apple Silicon Macs could be.

The first set of Geekbench scores, running under emulation, were somewhere in the region of 800 for single-core and 2600 for multi-core performance. Now compare that to the most recent scores that were obtained using an iPad app, running on the DTK and you will be much more impressed. Boasting a single-core score of 1098 and a multi-core score of 4555. This actually beats the fastest Intel i7 processor in the 10th gen 2020 13-inch MacBook Pro. The future is, therefore, looking very bright for Apple Silicon Macs and it is possible that we vastly underestimated just how good they could become.

Now according to the latest rumours, we won’t have to wait too long. The new 13-inch MacBook Pro that will reportedly go into production later this year will sport a custom ARM chip sporting a total of 12 cores. That’s 50 per cent more cores than the A12Z, meaning that we should expect really promising results from this machine.

But how could these differences in performance impact your professional workflow?

Apple has already claimed that the move to Apple Silicon will mean “industry-leading performance per watt” and the performance demonstrated by the latest Geekbench scores certainly support this claim. Not only will you be able to perform more CPU intensive tasks, but being able to perform your everyday tasks quicker definitely has its benefits. Depending on the type of software you use, tasks such as video editing, rendering, photo editing, or transcoding tasks will all run smoother, allowing you to boost your productivity levels. As well as improved thermal performance, we are likely to see an improvement in the power efficiency of your machine. Apple’s chips usually require much less power to run the native OS and we can look to products such as the iPhone and the iPad as examples here.

With the introduction of Apple Silicon, we can also expect to see higher GPU performance as well but this is only really comparable to Intel’s base level graphics offering. Even though Apple SIlicon will likely have an improved graphics offering, it’s not likely to match the capabilities of dedicated graphics processors from Nvidia and AMD in the short term. For users that demand pro-level graphics, we think that you might be better off sticking with Intel and sourcing an external graphics card to handle any serious heavy lifting.

Now looking back at the Geekbench scores, with such a large difference in performance between the native scores and the scores achieved under emulation, begs the question: Is Rosetta 2 as efficient as Apple claims it to be?

Following the announced transition of Intel-based Macs over to their own custom Silicon is exciting news because it means that apps designed for iOS and iPadOS will be able to run alongside those designed for macOS. But it also means that apps that were developed for Intel’s architecture originally, won’t run natively on Apple’s upcoming hardware. That’s where Rosetta comes in. Although you, the user, won’t necessarily interact with Rosetta, it will still be there, working behind the scenes. There is one difference, however, that you may notice and that is the speed of the apps running. Under any emulation, apps will typically run slower compared to those running natively.

You only have to look at Apple’s first transition from PowerPC over to Intel chips back in 2006 to find evidence of this. Early benchmarks found that popular PowerPC applications, such as Photoshop and Office, were running at less than half their native speed on the Intel systems under the original Rosetta emulation. This was over 14 years ago now and I’m sure Apple has worked tirelessly to improve their Rosetta performance but the differences in Geekbench results of the A12Z say otherwise and look to be evidence that Rosetta may not be as efficient as Apple claims it is.

This could perhaps cause some problems for users that require applications built on Intel hardware to carry out their work. Perhaps you are used to using an older, third-party application on your Mac that is either not receiving updates anymore or is no longer in production. It is, therefore, unlikely that these applications will be supported on Apple Silicon, so running them under, what looks to be a sluggish form of emulation, is your only option. But for now, these are only speculations and only time will tell whether or not running older applications under Rosetta is a viable option or not.

No Comments on "New Native Geekbench Results For A12Z Have Surfaced, How Will This Impact Your Workflow?"