The day has finally come! Nvidia has finally brought support for the Pascal architecture in the Mac Pro. About time. For all the users who invested money into the Maxwell cards, it’s understandable; you want to know if it’s worth upgrading. Nvidia state that the Pascal cards are far superior, in fact, they boast up to 3x faster performance. Realistically, it will most likely not be that much of a difference. However considering the Mac Pro 5,1 supports only a single internal GPU configuration you need to squeeze every last drop!
The previous generation Nvidia graphics cards ended with the TITAN X and 980Ti being the top performers. The majority of users opted for the 980Ti purely because the additional performance from the TITAN X was marginal and the extra cost made it not worth the investment. Now if you are looking to upgrade your GPU to a ten series but wish to run 10.11 El Capitan or older, I have bad news. The Pascal cards are only supported in MacOS Sierra 10.12.4 and newer. For everyone running the latest or willing to update this is where it gets interesting. Hold onto your wallets. 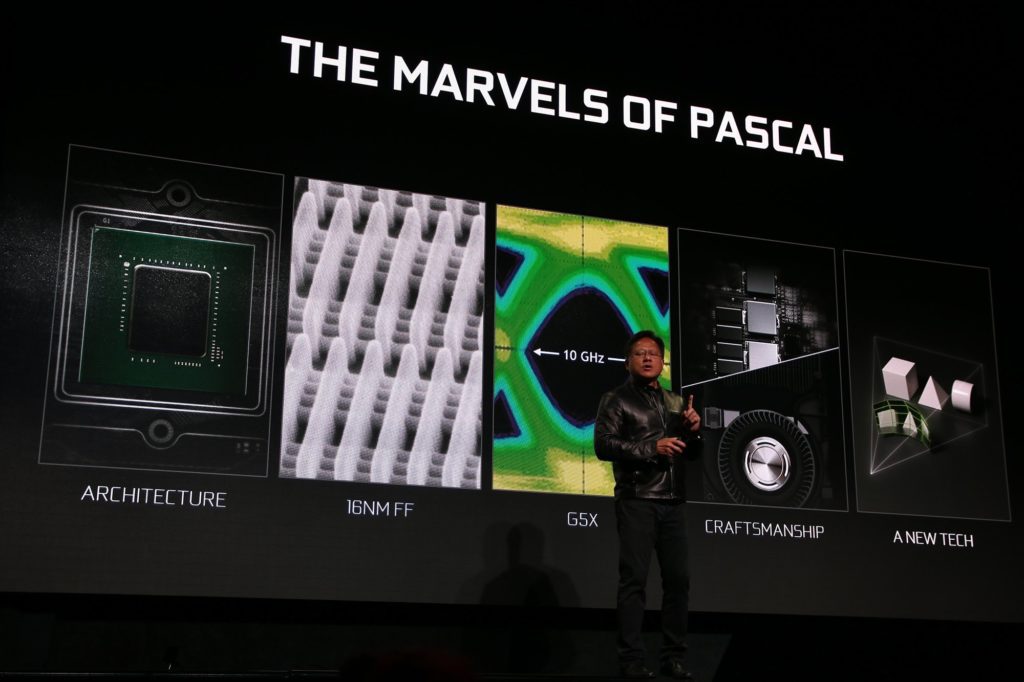 We wanted to create a fair platform for all graphics cards with limited variables. Using a high specification Mac Pro 5,1 with the aim to ensure that any bottleneck of performance would be graphics card related and the results would be valid. Finally a fresh copy of MacOS Sierra installed onto a flash SSD with only the benchmark applications.
The Specification:
Apple Mac Pro (5,1) 2012
3.46Ghz 12 Core – 2 x X5690
64GB RAM – 8GB 1333Mhz ECC Modules
Kingston HyperX Predator 960GB Flash M.2 SSD
All graphics cards were completely powered from the internal PSU using our custom cable kits. Your results may differ due to system specification and background applications. Every test was run five times, and an average was taken.

To begin we used GeekBench 4, this is an industry-leading benchmarking tool, and the results were not quite as expected. With the Nvidia 1070 coming in above both the 980Ti and TITAN X from the previous generation. As you go progress up the product line, you see a steady increase in CUDA performance with the recently released TITAN Xp coming in solid at the top.

The OpenCL performance of the graphics cards had a very different curve. The 980Ti came in on top of both the 1080 and 1070. However, the 1080Ti and Pascal based TITAN cards stormed ahead. If you are looking at upgrading your current TITAN to the TITAN Xp and use an OpenCL based application such as final cut you should see a noticeable difference.

Purely upon request, we benchmarked all the cards in Heaven. A rather limited spread in results which was expected. Heaven is a real-time 3D processing engine, and it’s mainly comparable to games. However, if you are working with design applications, this is a good guide to see how the card will perform for you.

To finish with took to Davinci Resolve to get a somewhat real-life performance. The results from the Davinci resolve tests are what we predicted from the outset. The 1070 coming in last as it is essentially the successor of the 970, the 1080 topping both Maxwell cards and then moving up the product line and finishing with the TITAN Xp.

With those results, we now have to weigh up the options. Although the TITAN Xp is the most powerful card, you can install, if you are on a budget you want to get the best for your money. Not everybody can spend over £1000 on a graphics card and need to choose carefully to get the best deal.

*Current prices including VAT at time of writing this article

In the spreadsheet below is a handy comparison of % increase in performance across the GPUs.
For example there is a 12.3% increase in perormace of the TITAN X (P) over the 1080.

In last place was the TITAN X Maxwell. At its current price point unless your workflow requires a large amount of VRAM and you must use 10.10 Yosemite or 10.11 El Capitan we recommend taking a look at another GPU option.
In 6th place the Nvidia 1070. Yes, it is the lowest in price however it is the slowest of the GPUs we tested. That being said it is still not a slow card! If you are working as a photographer or graphics designer, this is a great card with a low cost and high processing performance.
5Th place was taken by the now discontinued TITAN X Pascal. We wanted to test this card purely for argument’s sake, it has the worst price vs. performance ratio and is outpaced by the TITAN Xp and 1080Ti. The 1080Ti is faster and less expensive.
Moving into 4th, the TITAN Xp. The most powerful card on this list and for a single card solution with maximum power a must this is your best option. However, the additional cost for some professionals won’t be worth the extra 3.3% over our number one.
In 3rd which may be a surprise to some is the 980Ti. The 980Ti is still a very powerful card beating the TITAN X (M) and 1070. It also has compatibility in 10.11 El Capitan and 10.10 Yosemite. If you do not want to run Sierra or have legacy software not support in the latest version of OSX, the 980Ti is not only the best price vs. performance card on our list but also has legacy support.
Coming in 2nd place is the Nvidia 1080. Additional VRAM and higher performance with a small bump in cost. For the sub-£700 budget, this is an ideal choice.
Finally, storming into 1st place is the Nvidia 1080Ti. Easily beating the majority of the cards in the lineup and only 3.3% slower than a TITAN Xp. It is the best performance card at its relative price point. For any user who has a high dependency on their graphics card, this is sure to speed up your workflow.

If you have any questions about the graphics cards or which is best for you, please feel free to get in touch.