When Nvidia announced the release of the 10XX series graphics cards, like many people we sat waiting for release day and did all we could to get our hands on them! But then we had to wait some more, until they finally released CUDA 8. Now that we have full support, we thought the next best thing to do is ask what you, the MacPro community, want to see.

We reached out to some MacPro enthusiasts and professionals that were interested in these graphic cards, and the unanimous question they asked was ‘are these new GPUs going to perform better than my current card?’.  As we are sure you’ll agree, no one wants to spend vast sums of money on a product that isn’t up to par.
Our specialists at Create Pro HQ instantly set to work……


Four our benchmarks we used the DaVinci Resolve standard candle light benchmark which you can find here and took the average frames per second across the 8 tests. We ran nothing but DaVinci Resolve on the system to keep the tests fair.
Here are our findings: 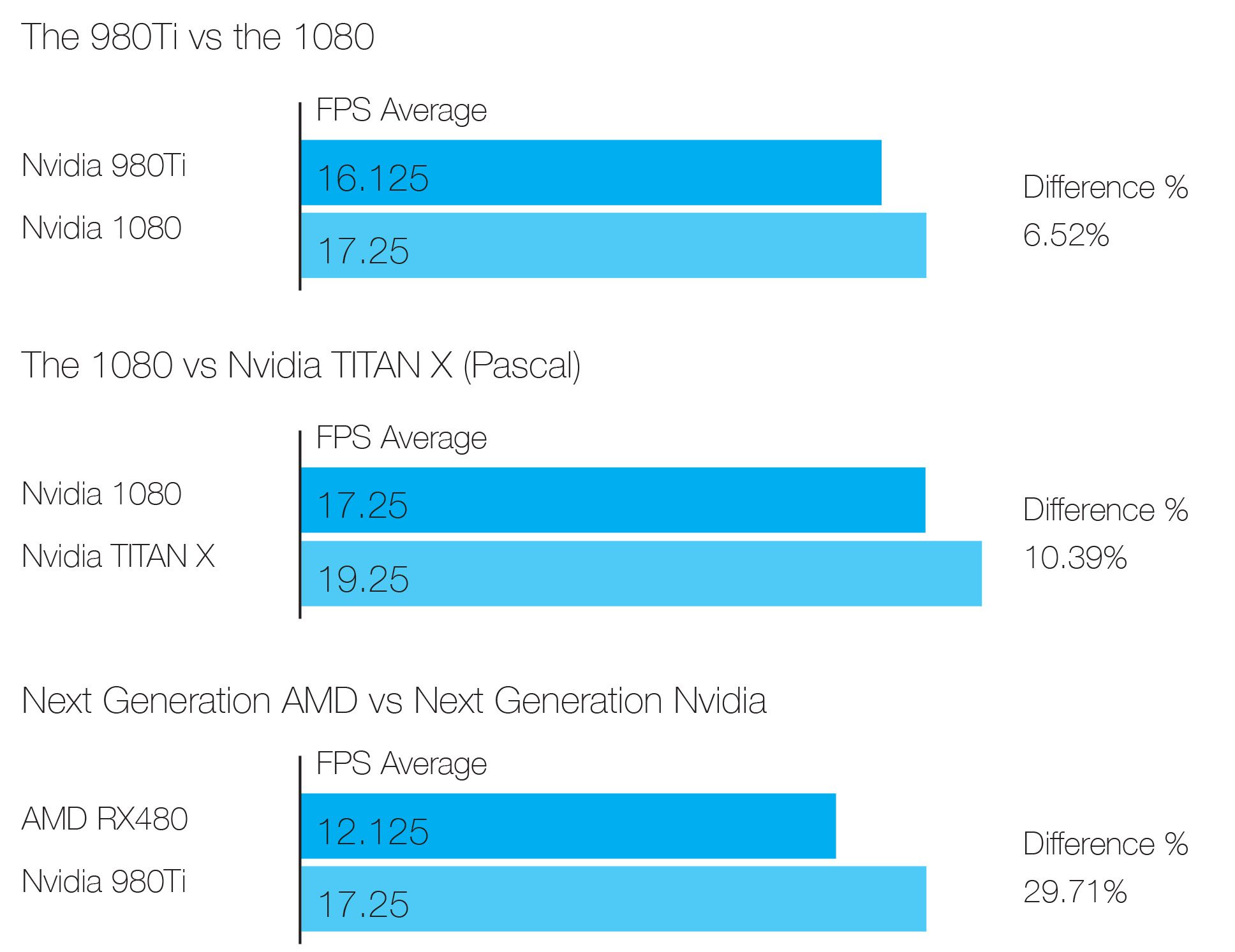 If you’re running a 970, 980 or a GPU older than the 9XX series, it is certainly worth upgrading.
Users of the 980Ti or TITAN X Maxwell cards you may not notice as much of a difference unless you go for the TITAN XP, which will save you the most time whilst rendering.

We did some quick tests by rendering a 3 minute piece of 4K footage to H264 and it showed a similar outcome to the candle light test. Although we found the 1080 took marginally longer to render than the 980Ti. We are more than happy to provide more results on 4K footage render times in particular setups and formats, all you have to do is ask, just drop us an e-mail to [email protected] .

For those of you who are interested, below are the full results of the test: 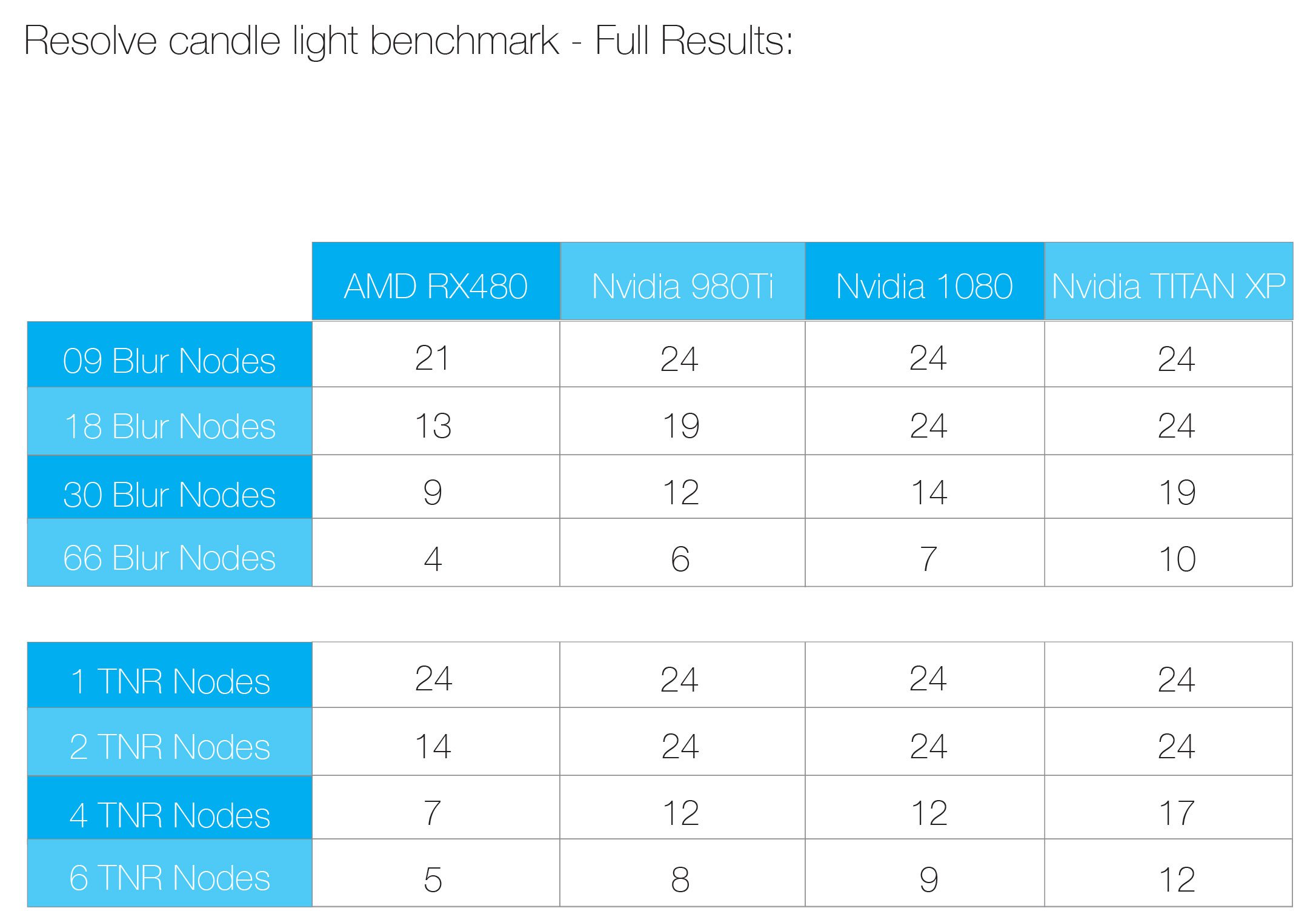