OS X is great, it works, and it works well. Apple have created an operating system that is both clean and light, as well as fully featured. Every so often, however, an app comes along that fulfils a need the user didn’t know existed. We’re going to be showcasing some of these apps in our new ‘Free App Showcase’ feature.

One such app we just can’t live without is Caffeine, by Lighthead.
This handy little gem adds a button to your menu bar in OS X, when clicked it stops your Mac from sleeping. The length of caffeine’s effect can be set to anywhere from 5 minutes to indefinitely. Caffeine is especially useful if you are downloading or uploading large files, or exporting/rendering in another app. 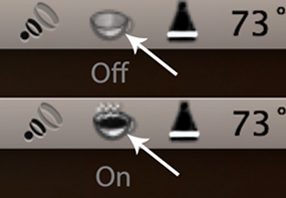 If you want to grab Caffeine, you can either get it for free on the App store, or head to their website and download it directly.