In the last 24 hours, Apple has announced the first in its series of ARM-powered Mac’s with the new MacBook Air, MacBook Pro and Mac Mini, as it begins the transition from traditional Intel processors to those that run in the latest iPhone.

The new machines mark the first step in Apple’s effort to change the underlying technologies of the Mac, replicating the switch it made from Power PC to Intel processors back in 2006, but this time to chips of its own design as used to great effect in the iPhone and iPad.

At the heart of the three new Macs is Apple’s first desktop chip called the M1. It resembles the firm’s A14 chip used in the latest iPhone 12 and iPad Air. The octa-core chip is the first desktop processor to be built on the 5nm scale and has four high-performance cores, which Apple say are the fastest in the industry, alongside four high-efficiency cores for more everyday tasks. 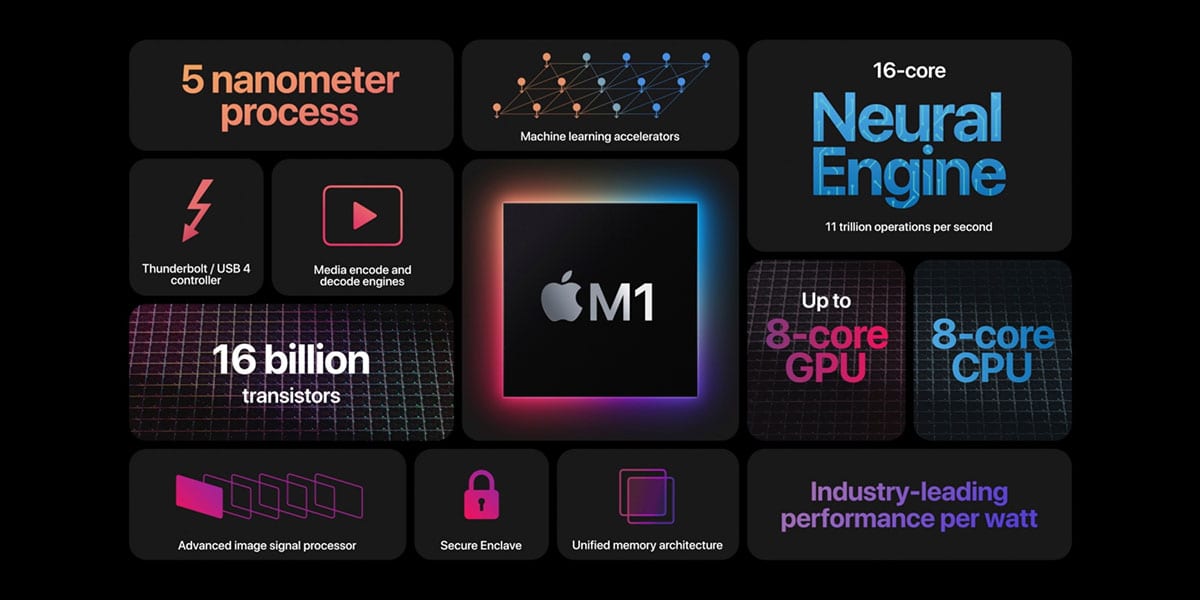 As we predicted, the first new Apple silicon machine announced is the MacBook Air, which starts at the same figure of £999 in the UK or $999 in the US. The new Air has a similar design to the previous version, except for the notable lack of a fan making it silent in operation. It has a better webcam, an improved 13” screen and can now wake instantly just like the iPhone.

The M1 in the MacBook Air gives it 3.5 times faster processor performance, 5 times faster graphics performance and significantly longer battery life of up to 15 hours of web browsing or 18 hours of video playback, which is six hours longer than the previous generation. Apple also says the MacBook Air will last twice as long while video conferencing on this new model.

Apple also launched an M1 version of its 13” MacBook Pro, which again we thought would be in the initial line up. This starts at £1,299. The new more powerful 13” MacBook does have a fan however for longer sustained performance. It has up to 2.8 times the processor performance, five times faster graphics performance and longer battery life, lasting up to 17 hours while web browsing or 20 hours for watching video, which is twice as long as the previous version.

The MacBook Pro also has an improved webcam, studio-quality microphones (let’s just say ‘better’ here), but only two Thunderbolt/USB 4 ports, as compared with four Thunderbolt 3/USB-C ports on the previous version. You’re probably going to need a USB-C dongle adapter & you can read all about those in our recent blog. Apple did not update the larger 16” MacBook Pro yet, although surely that’s in the pipeline?

Apple’s first Macs built around its Arm architecture do not support eGPUs however.  It’s unclear exactly where the incompatibility begins? Does the M1 chip itself not play friendly with eGPUs, or is it something else about the three new Macs? Designers & Gamers have long turned to external graphics cards to give computers a dramatic boost in memory-intensive tasks with eGPUs allowing laptops or underpowered desktops to punch out of their weight class. In particular, previous Mac’s are known for having substantial RAM and processing power but lacking in graphical processing power. 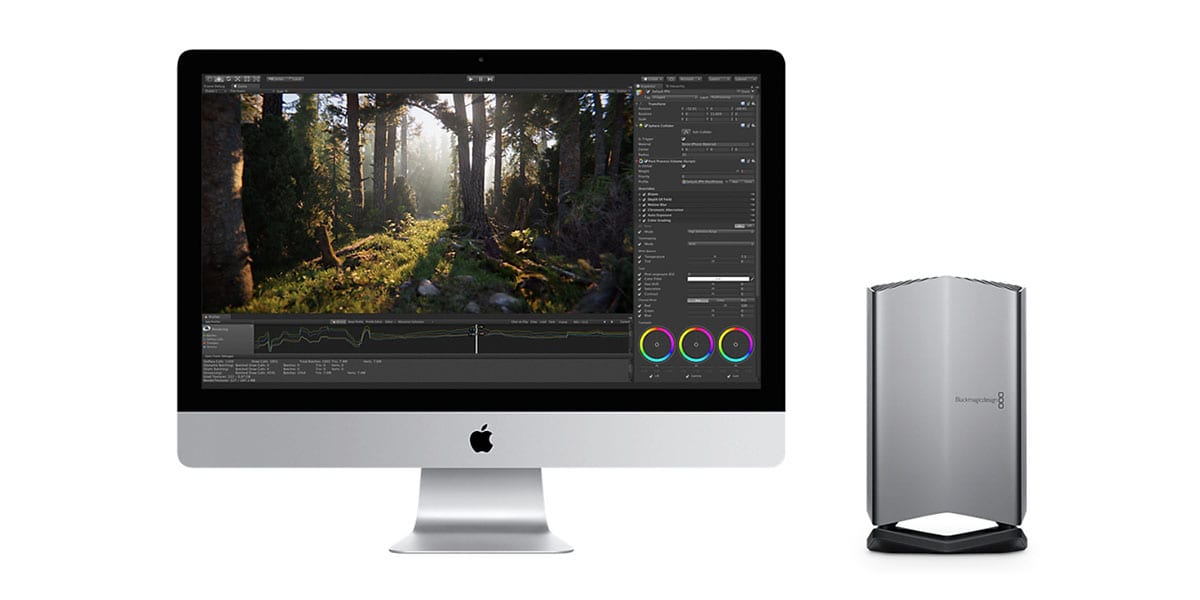 With the advent of the new ARM-powered Mac’s, we are also left questioning whether there will be a choice of CPU’s in future Apple releases? Currently, it’s only the M1 chip that we’ve outlined already, whereas the existing 16” line up has a choice (albeit of two) of Intel processors.

All three new Mac’s will be shipping on 17 November.

The new Macs will run Big Sur and with it, the ability to run iPhone and iPad apps on the Mac for the first time and will be released as a free update for existing Intel Macs on Thursday. The new machines will support Apple’s new Universal Apps format, which allows developers to ship one version of their programs that run on both the older Intel Macs and the new M1 Macs.

Apple said all its apps, including professional programs such as video editing suite Final Cut Pro and music maker Logic Pro, are optimised for the new M1 chip. It also said that high profile developers were already making Apple Silicon optimised versions of their programs, including Adobe with Lightroom next month and Photoshop early next year. If you’re a video editor let’s hope these new chips improve render times for your movies as well.

The switch from traditional desktop processors to Apple Silicon is potentially game-changing! Not only does it remove Apple’s reliance on Intel for performance increases while opening up the ability to run iOS apps on a Mac, but it has the potential to change the whole of the computer market.

ARM-based chips, such as Apple’s A-series processors in the iPhone or Qualcomm chips in most top Android devices, have long promised greater battery life, higher performance and smaller, thinner designs than their x86 competitors. But until now companies have struggled to bring them up to scratch using desktop software.

Notably, Microsoft is also pursuing an ARM-based future with its Surface Pro X line of Windows tablets, but they have been saddled with performance issues compared with traditional Intel-powered versions. Apple’s switch to its own ARM chip designs will force the change through, bringing with it software and hardware improvements that will undoubtedly filter down to other manufacturers.

On a final note, unlike the new iPhone, all the latest Mac’s will ship with a charger! Hoorah.

No Comments on "Return Of The Mac"