After putting together our first blog detailing Apple concepts and products that didn’t quite make it, it turns out that there is a whole host of Apple products that have flopped over the years, so much so that we had to make a part two. Below you’ll find a selection of Apple products that made it into consumers hands but did not have the longevity that we come to expect from Apple’s products today. 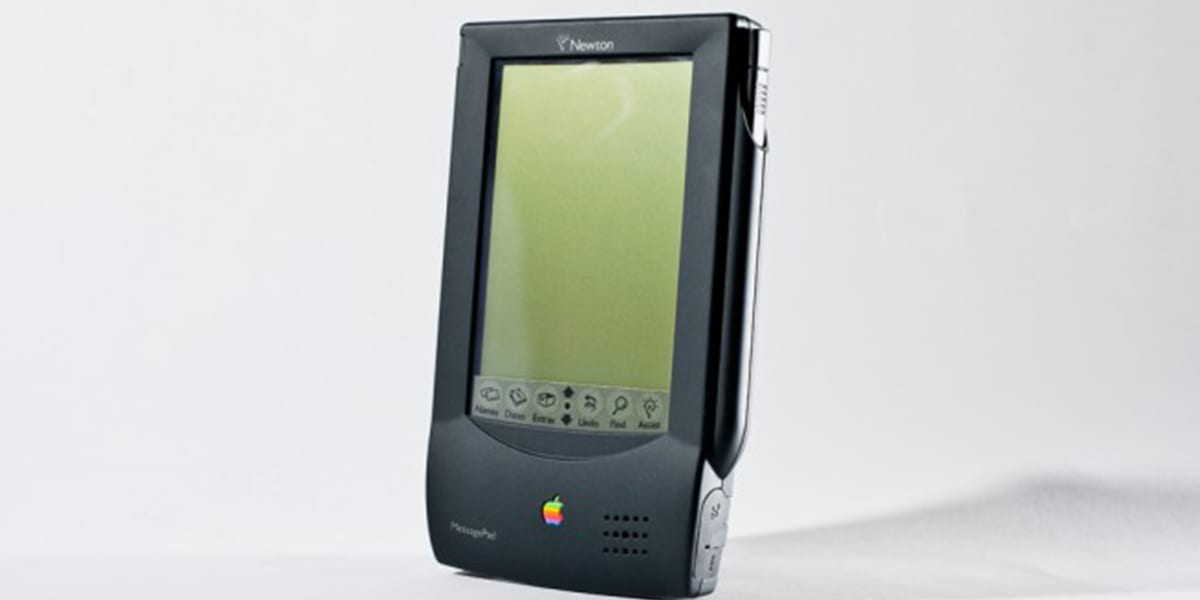 Steve Sakoman, who was initially hired by Apple to start work on a Macintosh laptop, was working on developing a technology that would recognise handwriting in order to replace the keyboard on computers. While working on the idea, Sakoman put together the Newton development team that began to develop some early designs for the Newton. These included an A4 paper size screen, a hard drive, three AT&T processors and a $6000 price tag. However, John Sculley (Apple’s CEO at the time) was adamant that the device needed to fit into your pocket, so corners were cut to make the device more efficient and cheaper.

The Newton that eventually shipped to customers was praised for its clean design and its small form factor. The device had an easy to reach power button and a screen cover that would quickly flip over to the back when the device is opened. It also has a spring-loaded stylus slot for use on the touch screen. The side of the device sported two PCMIA slots that would hold the memory cards and any other additional hardware.

In 1993 the Newton began to pick up traction after a successful launch demo in Chicago, but the device was still buggy, and the handwriting recognition software still wasn’t quite there yet. These problems would continue to haunt the Newton up until 1997 when Steve Jobs returned to the company and pulled the plug on the project.

The Newton could be considered a failure due to its five-year life span, and during this period, sales were mediocre at best. But it would be all too easy to disregard the technology that went into the Newton and what followed it. It was one of the first-ever PDA’s and without a doubt, it paved the way for modern smartphones today. 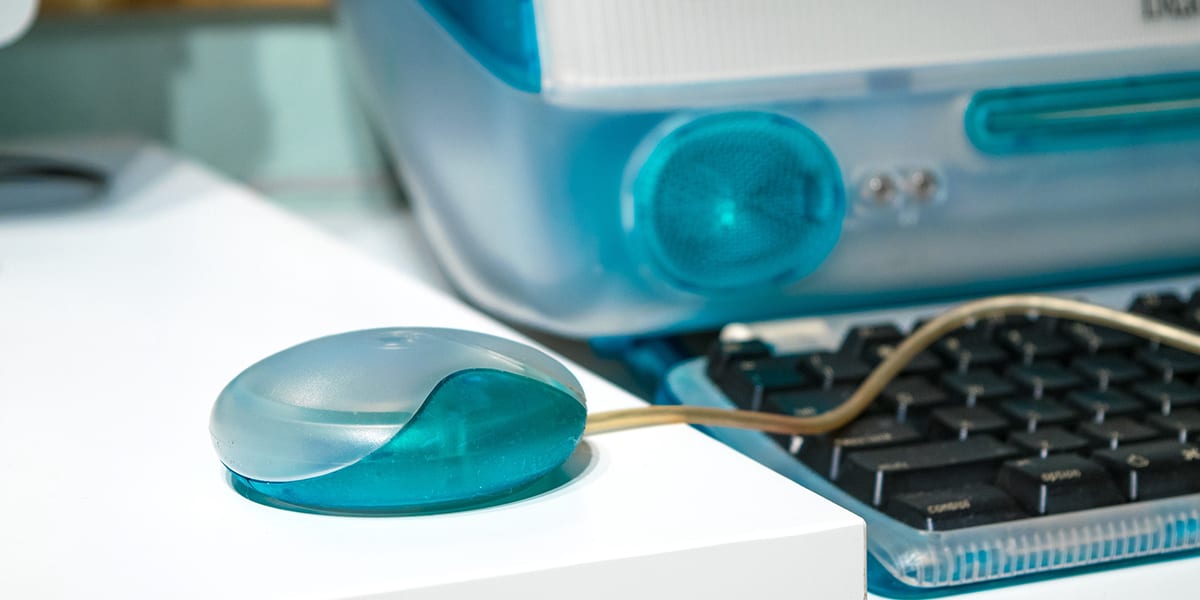 Perhaps one of the most polarising products Apple has released, the Apple USB Mouse, more commonly known as the “Hockey Puck Mouse” due to its circular form, is regarded by many as one of the very few products that Apple got wrong.

Back in the late 90s, most other computer mice still used a PS2 connection, but the rounded Apple mouse was one of the first mice to use a standard 1.0 USB connector. Shipped with the original iMac in 1998, the hockey puck mouse replaced the existing, more traditionally shaped ADB mice that came with Apple’s pre iMac and PowerMac computers. Made from the same translucent, coloured plastic as its iMac counterpart, the mouse certainly looked the part and made a change from the mundane mice that you would typically find on sale back then.

Ergonomically you instinctively want to hold it like a traditionally shaped mouse, however, due to its round design, you have to hold it with two fingers, which would become annoying for many users. Its circular design also made it difficult to keep track of the direction the mouse was facing, which is certainly not ideal for a device that is intended to point at things.

The mouse only lasted about two years and was later replaced in 2000 by the Apple Pro Mouse, a more traditionally shaped device. The hockey puck mouse is certainly not practical in today’s market, and there are hundreds of better options out there but there’s something about its quirky shape and the translucent plastic that still holds a place in many people’s hearts. 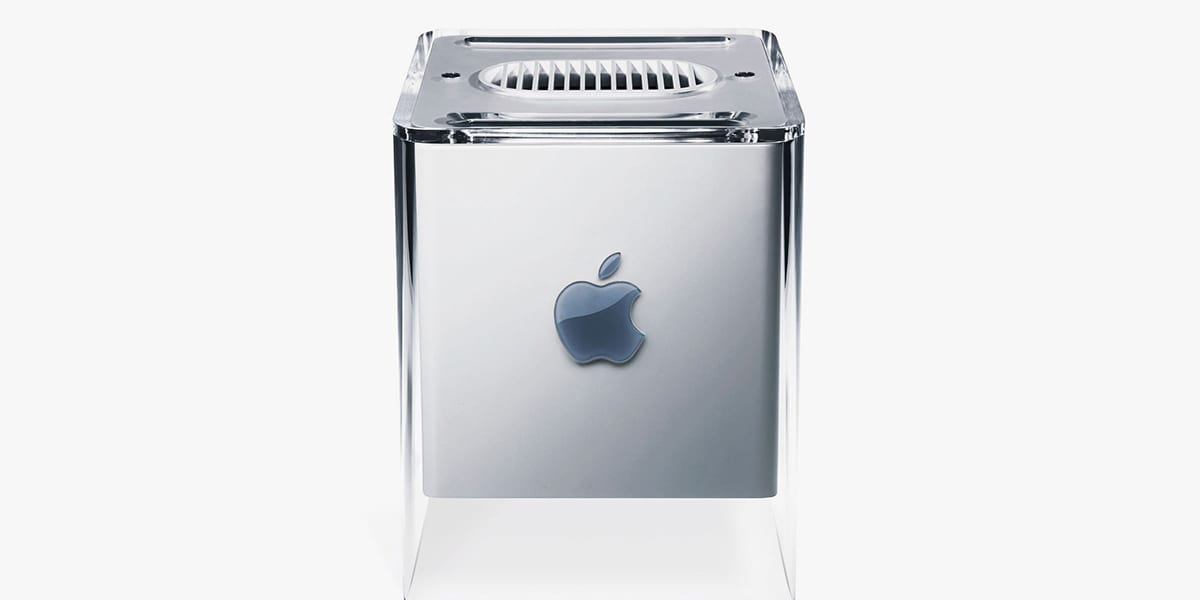 Another famous Apple love-it or hate-it product is known as the Power Mac G4 Cube. Unveiled by Steve Jobs at the July 2000 Macworld Expo in New York the device still splits opinion to this day. Many users even consider this as one of the most beautiful computers ever created, which could be why it has a permanent spot at the Museum of Modern Art in New York City.

The base model was initially sold for $1,800 back in the year 2000 which didn’t include a monitor, the optional 17” Studio Display monitor would set you back an additional $1000. Perhaps its most striking feature is its design. It’s a 7” squared cube suspended in plexiglass to give the illusion that it is floating above your desk. At the time, it was a very modern, clean-looking design that was radically different from the typical tower PC’s that were available back then. Just like many of Apple’s original products, the G4 Cube was definitely ahead of its time.

With all things considered, it sounds like Apple was onto a winner, so where did it all go wrong?

Everything started to go sour when users were quick to point out that the least expensive Cube, attractive as it was, cost $300 more than the far more expandable 400 MHz Power Mac G4. Most people were not keen on the idea of spending an extra $300 for an incremental increase in performance. The price partnered with several practical design flaws including; cracks in the cube itself, a large external power supply unit, a power switch that could be easily touched by accident. All these issues from a computer that was designed as a visual statement, would lead to an underwhelming level of launch sales.

Despite these flaws, the G4 Cube was never officially discontinued, which gives hope to supporters of the device that Apple will one day bring this back in some fashion.

No Comments on "Top 3 Apple Concepts And Products That Didn’t Quite Make It: Part 2"