Nvidia has just announced its next generation of GPUs which are set to launch very soon. To begin with, they’re kicking things off with three models, the RTX 3090, 3080 and 3070 which Nvidia claims will all boast a monumental leap in performance over their predecessors. This new generation of cards is also an opportunity for Nvidia to develop and improve its Ray Tracing hardware compared to the previous 20 series. 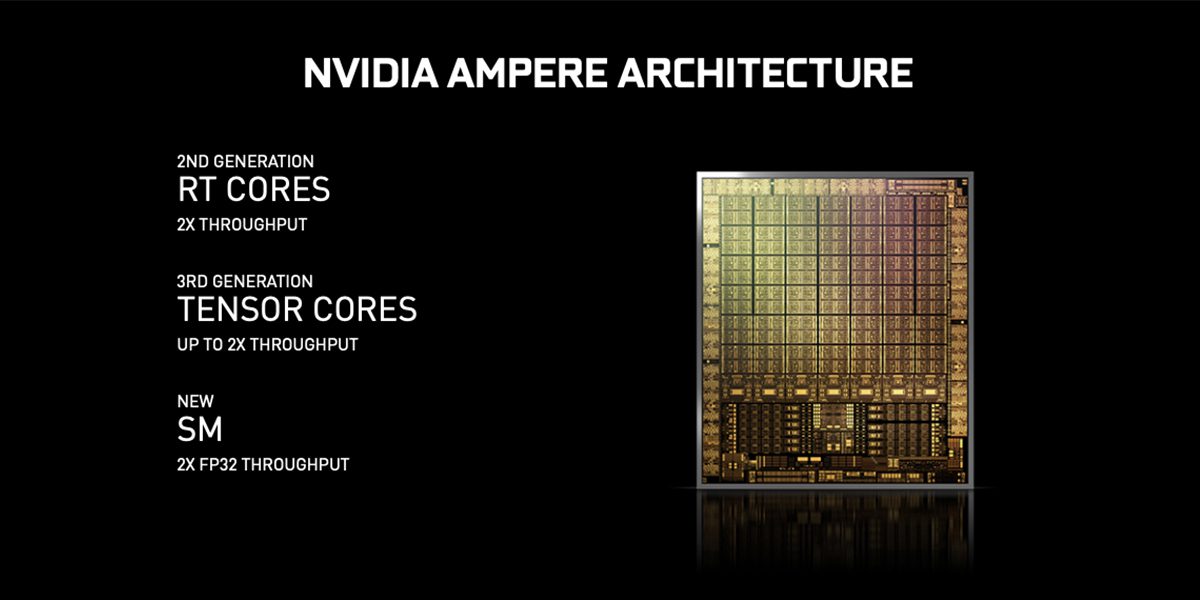 So what exactly has Nvidia done with this new GPU architecture? Firstly, they have now partnered with Samsung to create a new, Ampere custom 8nm process which allows them to stack up to 28 billion transistors in a single GPU. As a reference, this is around 10 billion more than last generation’s RTX Titan which featured a 12nm process. With Nvidia’s heavy focus on improved Ray Tracing and AI performance, both the 3080 and 3090 will use GDDR 6X memory. These Ampere cards are responsible for leading an enormous jump in CUDA Core count compared to the previous Turing GPUs, allowing them to squeeze all of those extra transistors into a single processor.

With all these new features considered, these new Ampere cards supposedly have almost twice the performance per watt when compared with the previous generation of Turing GPUs. Keep in mind, however, that this was likely tested with Ray Tracing and DLSS enabled as Control (the game that was tested here) is an RTX title. So it might be wise not to jump in expecting double the performance per watt in other, non-RTX titles.

The 3090 and 3080 both supposedly pull above 300 watts which could explain the slightly bigger cooler design when compared with the previous generation. All three cards will use a slightly different cooler in terms of sizing but all feature an open-air design with a mostly exposed heatsink, all of which plays a part in their new visual design. The coolers will use two fans in a unique design focused to get all of the hot air out of the case, as quickly as possible. But it will be exciting to see whether third party manufacturers will adopt this new design or opt for perhaps a more conventional cooling design.

It was also interesting to see Nvidia refer to the 3080 as their new flagship model rather than the RTX 3090. It, therefore, seems as though Nvidia is positioning the 3090 as more of an ‘overkill’ model, reserved for those that require an absurd amount of GPU processing power, memory speeds and capacity.

Release dates for these new cards are also fairly soon, with the RTX 3080 releasing on the 17th of September with the 3090 releasing a week later. A date for the RTX 3070 has not been confirmed as of yet but we can expect this some time in October. 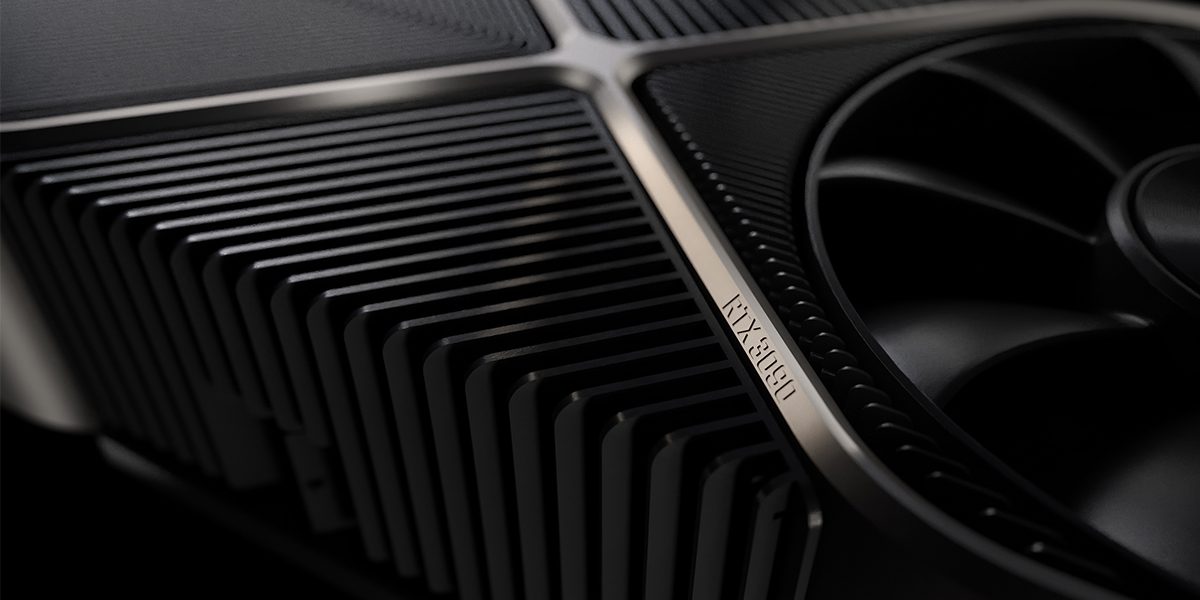 Where Does This Leave Apple?

Following this launch and announcement from Nvidia, Apple is left in a rather difficult position. It is clear that this new generation of RTX 30 series of GPUs will have a dramatic impact on the industry as a whole, based on the amazing reception and the impressive numbers this announcement has received. Apple’s relationship with Nvidia is notoriously dicey, and Apple hasn’t officially supported Nvidia GPUs since the GTX 680, which was some time ago now.

Nvidia has always been known for its ‘superior’ performance per watt architecture within desktop parts, but these advantages were not always as apparent for Apple Macs. Apple notoriously demands a lower power envelope in which Nvidia’s power efficiency completely disappears in, not to mention their lack of support for Open CL. Partnered with a number of ‘legal’ issues and the fact that AMD is often more willing to work with other companies, Apple’s relationship with Nvidia broke down and Apple has used AMD GPUs in their Mac line ever since.

But these most recent announcements from Nvidia will be hard to ignore. While Apple may not be impressed with the large bump up in power consumption these new 30 series cards demand, it is hard to argue against the sheer amount of shader cores running at the same clock speed in these new cards. Not to mention the cost, with the RTX 3070 expected to outperform the RTX 2080 Ti for about half the price. Would it, therefore, be a good idea for Apple to patch things up with Nvidia? Or is their relationship beyond repair? Whatever the outcome, Apple should seriously consider either switching their GPU provider because, in a few years time, the performance output of these new RTX 30 series GPUs will become industry standard and AMD along with Apple could be left in the dark.