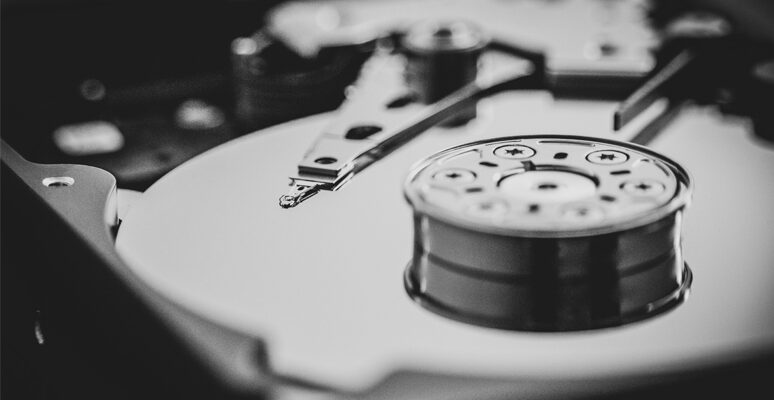 It has come to light that the big hard drive manufacturers have seemingly pulled the wool over consumers’ eyes and are selling SMR disks in place of CMR disks. That means us consumers have been unknowingly put at risk, while the manufacturers maximise their profits by selling us the cheaper to produce SMR disks as CMR disks.

What are SMR discs and how do they differ to CMR disks?

SMR is short for Shingled Magnetic Recording and is relatively new technology. SMR technology allows manufacturers to increase storage density and overall per-drive storage capacity using the same number of platters or fewer platters than CMR at the same capacity.

SMR drives are known for higher capacity but also lower performance capabilities than CMR. In individual tests carried out comparing Western Digital SMR drives to CMR drives from Western Digital and Seagate, it was found that the SMR drive was slower in every typical storage benchmark when compared to the CMR drives of the same capacity. Similar differences were found when comparing write speeds of CMR and SMR with write speeds being significantly slower for SMR drives (which again we must stress cost the same to buy as CMR disks).

This gets even worse when we look at the SMR drive’s RAIDZ resilver speed. RAID is a way of logically putting multiple disks together into a single array. If one of the disks fails then the others work together to rebuild the data from the failed disk. A resilver test purposefully wipes one of the disks and times how long it takes to rebuild the data that was supposed to be on the wiped disk. An independent resilver test comparing SMR to CMR drives found that the CMR drive resilver took over 16 hours, while this is a significant amount of time for your data to be in a vulnerable state it is generally considered the norm for such an intensive task. However, the SMR drive took a whole 9 and a half days! Which for any business network is far too long for data to be in such a vulnerable state.

So essentially, as a result of SMR technology consumers should benefit from either greater capacity or lower cost for a given capacity (due to lower performance of SMR).

So what’s the problem?

The problem arises when hard drive manufacturers begin selling this “cheaper” product (SMR disks) without labelling it appropriately. As a result, unsuspecting consumers have been buying what should have been a cheaper product due to its lower performance for the same price as the far superior performing product. This means that the manufacturer is profiting from mislabelling and misinforming consumers.

What does this mean for you?

If you have bought what you believed to be a CMR drive and now you suspect it is an SMR drive as its not been performing to the level that you would expect then luckily Western Digital is offering exchanges for SMR drives that were accidentally bought instead of CMR drives. Further to this, following an outcry from disgruntled customers, most of the big manufacturers (including Western Digital) have also now improved their labelling.

So ultimately the consumer won but at what cost? The number of customers who would have bought SMR drives and lost out on significant time and data that could have and should have been avoided is incalculable with many users probably still unaware that they are in fact using a slower performing SMR drive and not a CMR drive. For a company of such a high standing and quality reputation such as Western Digital, this was sure to be a kick in the teeth that they would prefer to forget sooner rather than later, regardless of their rather valiant efforts in rectifying their mistake.