With Apple now supplying Fusion Drives in their current generation Mac Minis & iMacs we thought it was about time we let classic Mac Pro users know how to get in on the action. A Fusion Drive is basically a software based SSHD (hybrid drive), it uses software to combine a regular, slower but higher capacity, HDD and a modern, faster but smaller capacity, SSD or flash storage module into one drive. OS X will then control which drive your files end up being stored on, all files will be stored on the SSD until it’s full, after this point your system will store only your most used files on the SSD.
In theory, this set up should manually optimise the way your files are stored, meaning the best possible storage performance without lifting a finger. Now, one may ask, surely a hardware based SSHD is superior to the software based Fusion Drive? Well, the general consensus is that Apple’s proprietary Fusion Drive software is in fact a superior file management system to those used in SSHDs.
With all this in mind, lets talk about how a Fusion Drive can help system performance. Any file stored on an SSD will see performance benefits over those stored on a HDD, quicker loading to RAM/CPU, faster application load speeds, faster OS X boot times, the list could go on. Basically, if something is important to your workflow, be that your OS, favourite applications, often used plugins or sample libraries, then they are best off stored on an SSD. Of course, this requires manual organisation, Fusion Drives attempt to alleviate this by analysing exactly what it is you use most often and then storing that on the SSD for you. The crux of the argument for a Fusion Drive? Pain free optimal storage performance.
So, what do you need to create a Fusion Drive?:

How to create a Fusion Drive in OS X: 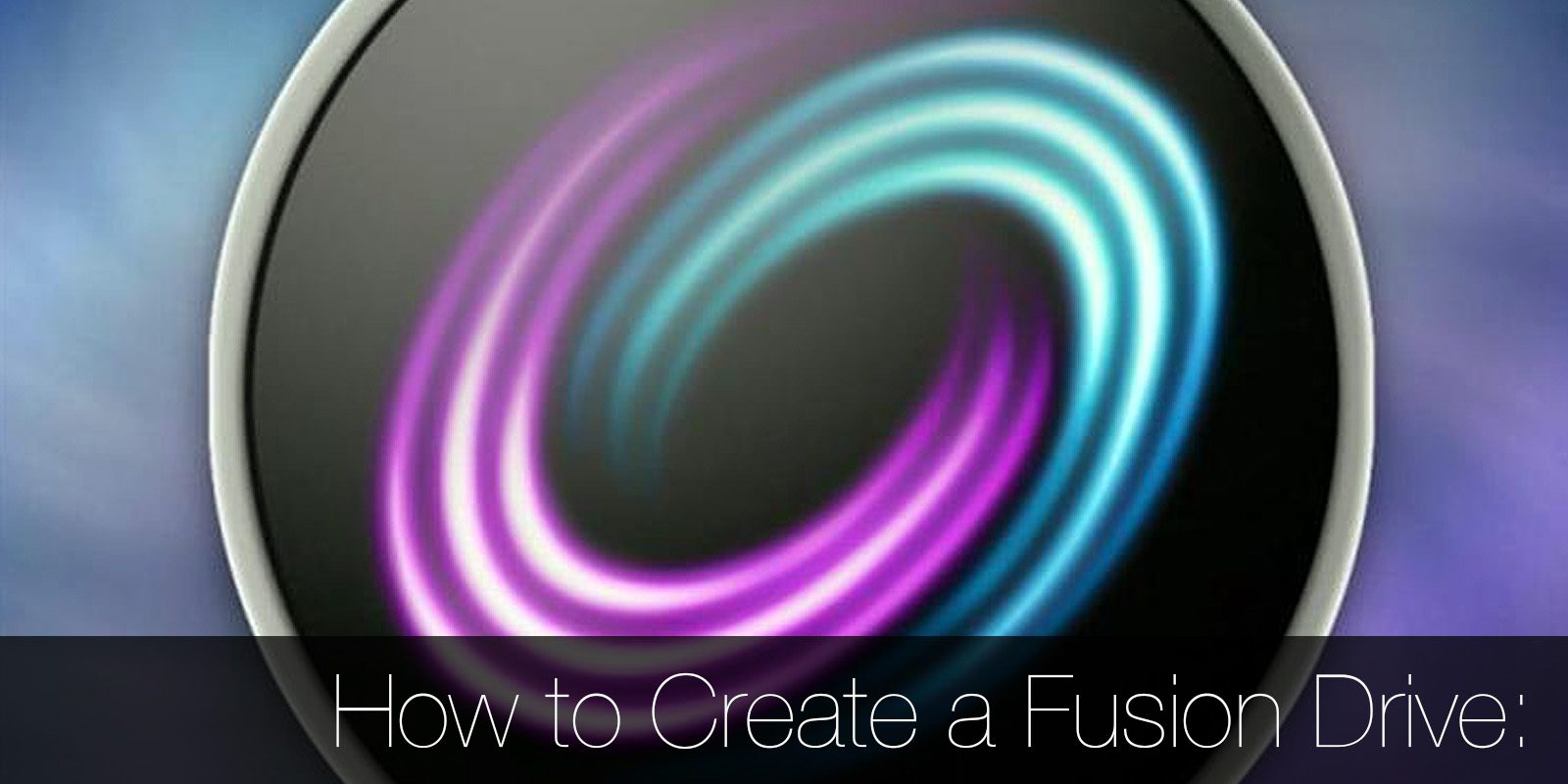 Ok, lets get into this proper. Here’s the step by step guide to create your Fusion Drive. Of course you will need a HDD & SSD installed in your system before starting the process.

There you have it, you’re now the proud owner of a brand new DIY Fusion Drive for your classic Mac Pro! We have included our Terminal log below incase you would like to refer to it: 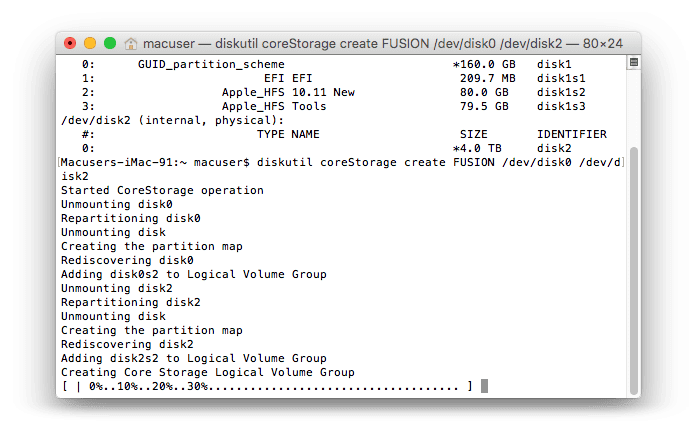 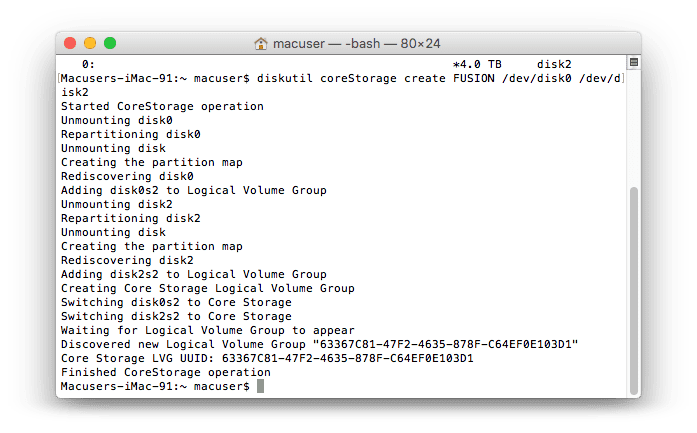 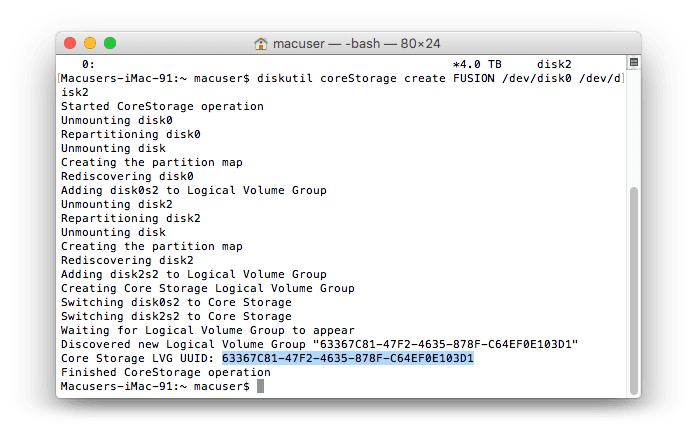 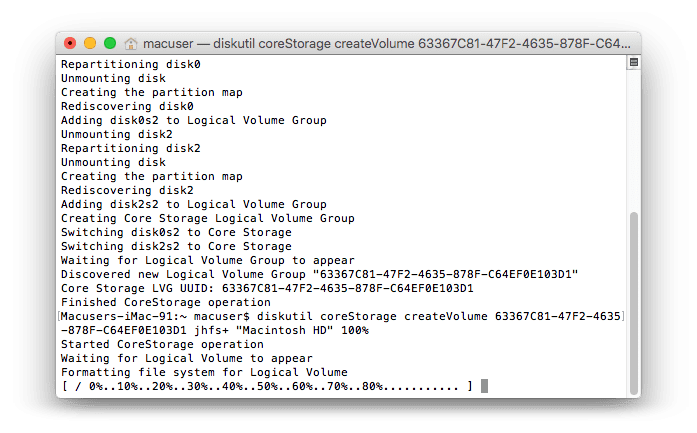 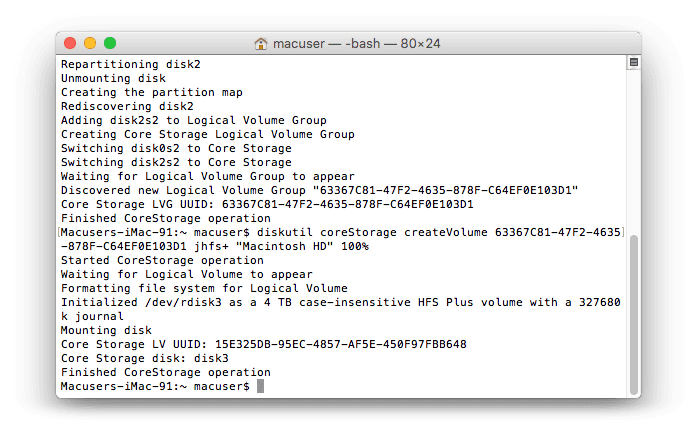 10 Comments on "How to Create a Fusion Drive in OS X from a HDD & SSD: DIY SSHD for Mac"

10 Comments on "How to Create a Fusion Drive in OS X from a HDD & SSD: DIY SSHD for Mac"