Just like everything in life, unfortunately, things tend to get slower with age but the longer we hold onto something, the fonder we tend to become of them. Now if you’re still the proud owner of a 2012 MacBook Pro or older in 2020 chances are, upgrading to a newer model, while you may not want to, is becoming more and more inevitable.

But don’t get me wrong, we understand just why you’ve held onto your machine for so long, you would be forgiven to want to hold on to it even longer. The mid-2012 MacBook Pro is regarded as one of the best MacBooks that Apple have ever made. It’s not as light or as good-looking as Apple’s current lineup of MacBooks, but with a little tweaking, it can arguably be their most powerful. But before we look into this further, let’s just appreciate why the 2012 MacBook Pro is so popular. 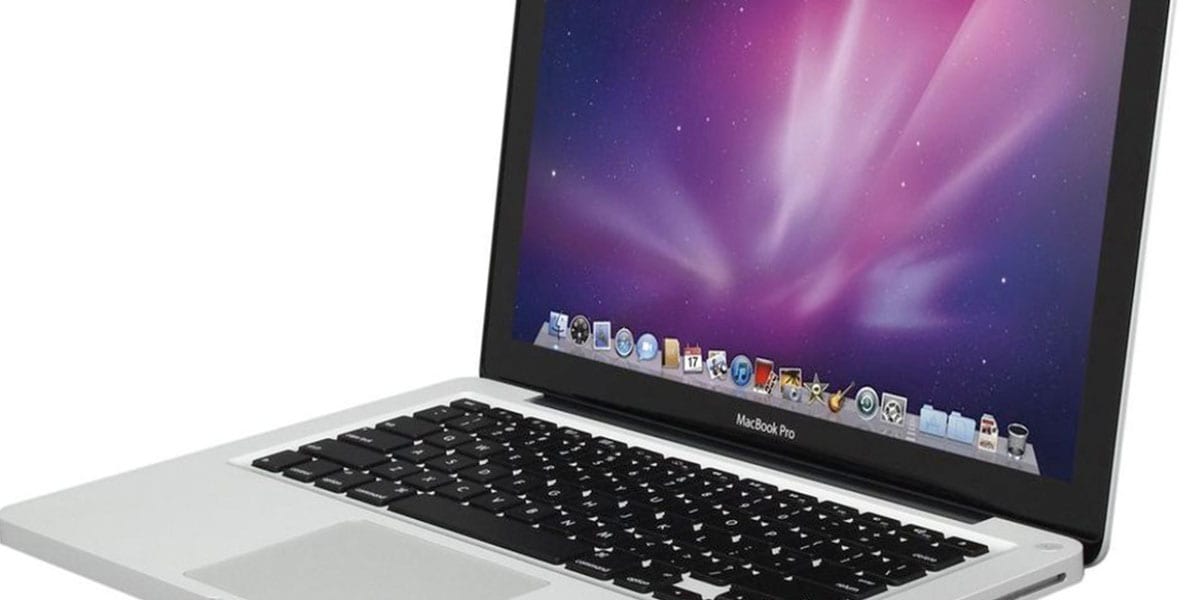 Now when comparing this MacBook to today’s MacBooks, it is definitely on the boxier and heavier side, but the overall aluminium chassis that holds everything together is very sturdy and still looks the part. But you can imagine that back when it was released, consumers marvelled at the sight of it.

An often common criticism of newer MacBooks is the keyboard and trackpad. Nowadays, Apple’s MacBooks feature Butterfly keys that make use of a thin butterfly mechanism. This can often get jammed with crumbs, dust, and other small particles, resulting in keys that don’t press properly, keys that skip keystrokes, or keys that repeat letters. The keyboard and trackpad found in the 2012 MacBook is ironically the last keyboard in the MacBook line before the switch to Butterfly keys was made. It is therefore known as a favourite of its generation with a functional and practical backlight, making the typing experience second to none.

Another boasting point of this MacBook is the number of ports it offers. It features two USB-A ports, an SD card reader, Firewire, Thunderbolt 2, an Ethernet port, an optical disk drive and even a rare headphone jack. Some would even consider this an upgrade from the highest spec MacBooks on today’s market. It also featured everyone’s favourite charging technology, MagSafe.

But to be perfectly honest, if you were to buy a stock, 2012 MacBook Pro today, you would be slightly disappointed with its internal performance. The base model shipped with a 2.5GHz dual-core Intel Core i5 processor which could somewhat pull its weight in today’s market. It’s when you look to the lacklustre 500GB hard drive and the measly 4GB of RAM when the cracks begin to appear. By today’s standards, these numbers are far from acceptable and even all the “Quick Tips” and all the free trial’s to “Speed Booster” software won’t be able to save you here.

Fortunately enough, the ability to tweak and upgrade this MacBook is perhaps one of the sole reasons as to why it is still so popular today. The ability to upgrade your MacBook is not a new idea, it is, in fact, a rather old one.

The early 2000s saw Apple’s release of the PowerBook line, while being pretty stubborn to get into, it was easy enough to upgrade just about any part you could think of, including your storage, RAM and your battery for relatively cheap.

From the years of 2008 to 2012, the new line of MacBook and MacBook Pro’s made it just as easy to upgrade everything in your machine and in fact, even Steve Jobs himself encouraged the idea of opening up your Mac and adding additional upgrades at one point.

It wasn’t until the release of the Retina MacBook Pro in 2012 that Apple slowly started the shift of less and less upgradability in their systems. The final nail in the coffin came about in 2016 when Apple released the MacBook Pro with touch bar. A machine with zero user-upgradable parts. 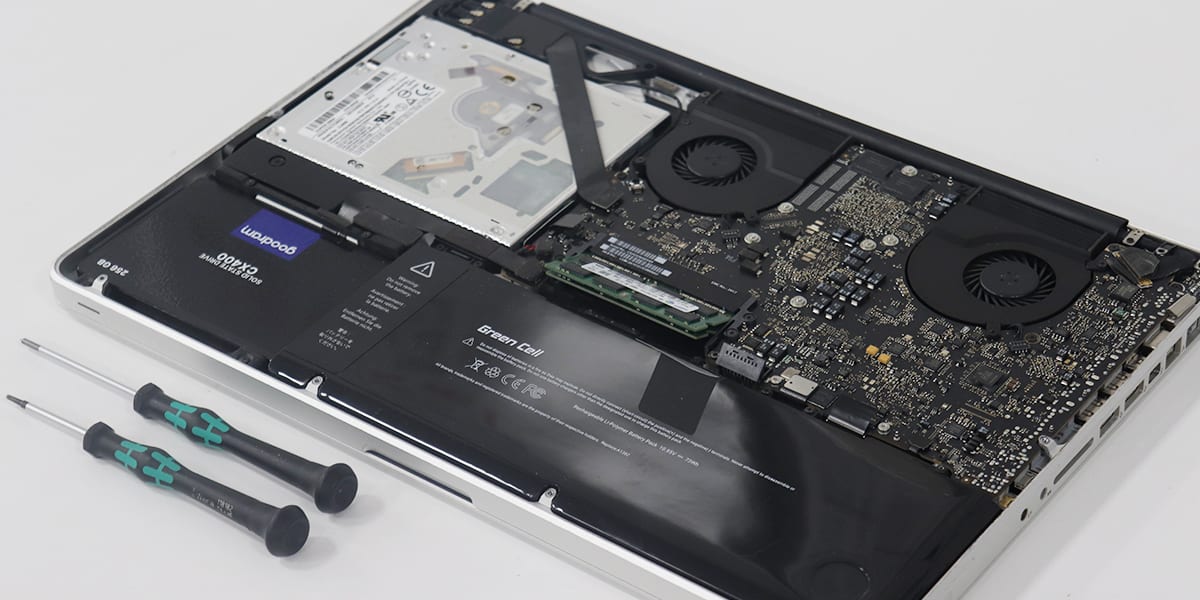 How Can You Upgrade Your MacBook?

While the 2012 MacBook Pro is regarded as a favourite by many, these changes that we suggest you make are also possible for any MacBook Pro model with a 2.5-inch drive. This includes most MacBook Pro models up until the mid-2012, pre-retina.

As previously mentioned, by today’s standards, the built-in 500GB hard drive is a bit on the slow side. So to help with load times and overall performance, it is definitely worth swapping that out for an SSD. Thankfully, as years have gone by the price of a Solid State Drive has fallen while the capacity has increased. In order to supercharge your older MacBook Pro, we recommend checking out this 1TB SSD from Samsung which would make for an ideal upgrade.

In 2020, 4GB of RAM is simply not going to cut it. If you’re using you MacBook for any photo or video editing, to give it a fighting chance, it is definitely worth upgrading the RAM maybe even to its max capacity of 16GB. But just before you do so, it is worth just double-checking what the maximum RAM capacity is on your model. For most older MacBook Pro models, this is typically 16GB but it would be a good idea to check before you make any upgrades. Just like the HDD replacement, replacing the RAM is also fairly straight forward, with plenty of youtube tutorials out there to help you do it yourself. Much like the price of an SSD, the cost of RAM has also fallen substantially, and you can now pick up 16GB’s of the stuff for a reasonable price.

If the optical drive doesn’t serve much purpose for you, you could even consider replacing this with yet another hard drive. Perhaps another SSD or you could also consider replacing it with a new spinning drive to act as back-up storage for all your text files or photos. The opportunities are endless! But keep in mind, replacing the optical drive will require you to purchase an additional SATA II cable which can be picked up from Amazon for as low as £3.99.

One place where these older Macs tend to come up slightly short is the display. Unfortunately, everyone’s favourite, mid-2012 MacBook Pro missed out slightly on the Retina display. This was, in fact, the last model before the Pro range was upgraded to feature a Retina display and therefore is only fitted with a LED-backlit glossy display. But for not much more money, you could pick up the late-2012 MacBook Pro or even the 2013 MacBook Pro which both feature a Retina display. In terms of resolution, this would be a huge upgrade and would not look out of place in today’s world. As previously mentioned, however, these models were the start of Apple phasing out the ‘upgradability’ aspect of the MacBook Pro, and these two models both have their RAM and battery soldered in place, so you won’t be able to upgrade them. The 2.5-inch drive remains the same though, making it perfectly suitable for an SSD replacement.

No Comments on "How To Speed Up Your (Really) Old MacBook"