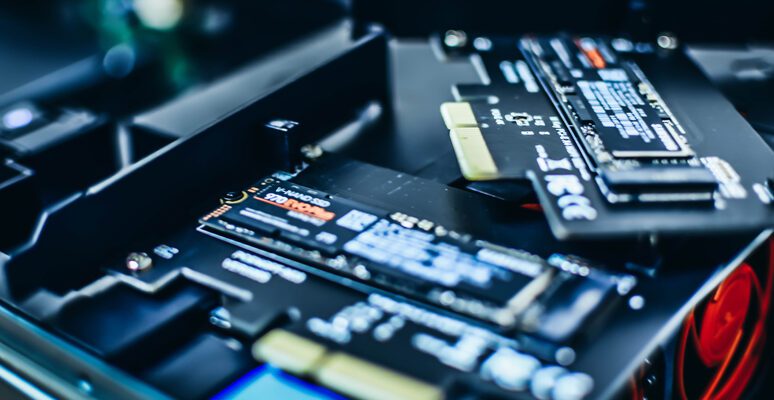 Apple’s fusion drive is a hybrid drive that offers the best of both worlds, combining flash storage and hard drive storage in one. First announced in 2012, fusion drives are available in select Mac and iMac models. When the fusion drive was first announced they were significantly cheaper than a full SSD device and gave you faster boot time and plenty of storage space. However, the hybrid drive is far from perfect and just like most products, has its drawbacks. In this blog, we will take a closer look at the fusion drive and explain just why it is one to avoid.

When it comes to speed there is no beating an SSD, however, when the fusion drive was first introduced SSDs were far more expensive than traditional hard drives. On top of this, the amount of storage capacity that you could get from a hard drive could not be matched by an SSD. Since 2012 though much has changed, and for creatives, in particular, it does not make sense to get a fusion drive device.

In addition to this, assets and files used for professional applications can be poorly cached, with a single project being split across both HDD and SSD parts. This slows down the workflow and again you won’t see any speed benefits because of this. A real-world example of this would be running a pro tools session. A fusion drive is unable to decipher what samples you’re going to require at any given time and especially on larger sessions where you’re using a large amount of RAM you would find sporadic playback.

It’s been 8 years since the fusion drive was first introduced and a lot has changed in the tech world since then. The tech industry is a rapidly changing industry with new technologies often becoming obsolete within a few years. When Apple first introduced fusion drives to the world, SSDs were incredibly expensive and the storage available on them was very limited. This made the whole concept of a fusion drive pretty attractive (back in the day). However, as the years have gone by SSDs have become cheaper and available with greater capacity. This means that it’s now possible to get a reasonably priced SSD with sufficient storage, and as a result, the fusion drive loses a lot of its initial appeal. For instance, you can pick up a 2.5-inch Samsung SSD and dependant on your appetite for opening up your Mac (or getting a local professional to do it) you can supercharge your mac for easily under £150

If you’re in the market for a new device then we strongly advise avoiding any fusion drive models. The benefits that could once be gained from the “best of both worlds” drives are simply no longer needed. When there are plenty of affordable high-speed SSD options these days with significant storage capacities, the modern world no longer needs nor should want a fusion drive. While it was definitely an ingenious solution at the time, the fusion drive is simply now an old solution to a problem that no longer exists.

No Comments on "Why You Should Avoid A Fusion Drive"