For the average person, storage and memory are fairly synonymous words but technically speaking, this is not true. Both terms refer to two very important components most commonly found inside a computer or laptop but both perform very different tasks. Perhaps because both memory and storage are measured in the same units: kilobytes, megabytes, terabytes, etc. But who knows? Hopefully, after reading this blog you will be able to understand the differences between the two and how each component will affect the performance of your computer or laptop.

Memory, otherwise known as RAM, is used inside every computer to store information and data temporarily and is often referred to as ‘volatile memory’. When a computer boots, it loads the data and applications that it needs from storage into RAM but once the computer is turned off, the data vanishes. RAM consists of a series of microchips combined into memory modules that plug directly into the motherboard and connect to the CPU using a bus. Data stored in RAM can therefore be accessed instantaneously, regardless of where in memory the data is stored.

A common analogy used to describe RAM is thinking of it as a workbench. Your computer’s RAM is essentially where tasks are completed and the bigger the workbench, the more tasks your computer can process at once. If therefore, the apps you work with require a large amount of memory to process, having more RAM in your computer can help performance significantly.

System memory runs a lot faster than storage, but it is also a lot more expensive. That’s why both Macs and PCs tend to have a lot more storage space than they do memory. Nowadays it is fairly common for budget computers to come equipped with 4GB RAM, mid-range computers with 8GB and on the higher end, 16GB or sometimes even 32GB. 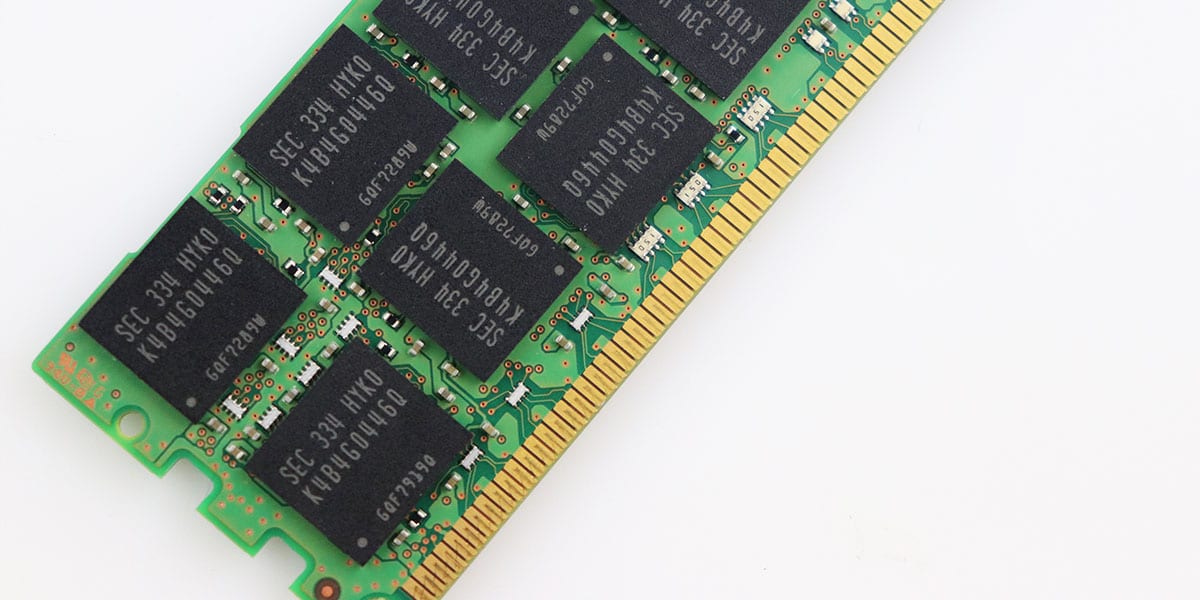 Your computer’s storage is a component that you are much more likely to interact with on a daily basis. The games and movies you have stored on your computer? They are all held in storage, along with all the other necessary files that your computer needs to function. Storage is often referred to as ‘non-volatile’ which means that when your computer is switched off, all your data remains on the drive, ready for you when you next need it.

For the vast majority of computers in today’s world, the two most common forms of computer storage include Solid State Drives (SSD) and Hard Disk Drives (HDD) but once upon a time Optical and Tape drives would have been the norm. Unlike RAM, storage does not directly connect to the CPU, instead, it runs through an interface, most commonly through a SATA connection. The SATA connection has been the standard for years now but we are beginning to see new interfaces make their way into the market. NVMe is often preferred over a SATA interface due to its reduced latency and its ability to deliver higher throughputs.

A solid-state drive or SSD, unlike a traditional hard disk drive, has no physical platter for data to be written and read from. Instead, they are made up of a number of memory chips that are used to permanently store data. Because there are no physical, moving parts, data can be retrieved and stored a whole lot faster when compared to a hard disk drive. There’s no waiting around for the read-and-write head to find the data, the data is just there and can be
pretty much read instantaneously.

While storage and memory are very separate from each other, there is a point where storage and memory cross over one another. A technique known as ‘paging’ creates what is known as ‘virtual memory’ on your storage drive. This occurs when a computer’s memory fills up, the operating system will switch data and files from the memory or RAM over to the ‘virtual memory’ in order to gain more active memory space allowing you to keep working. 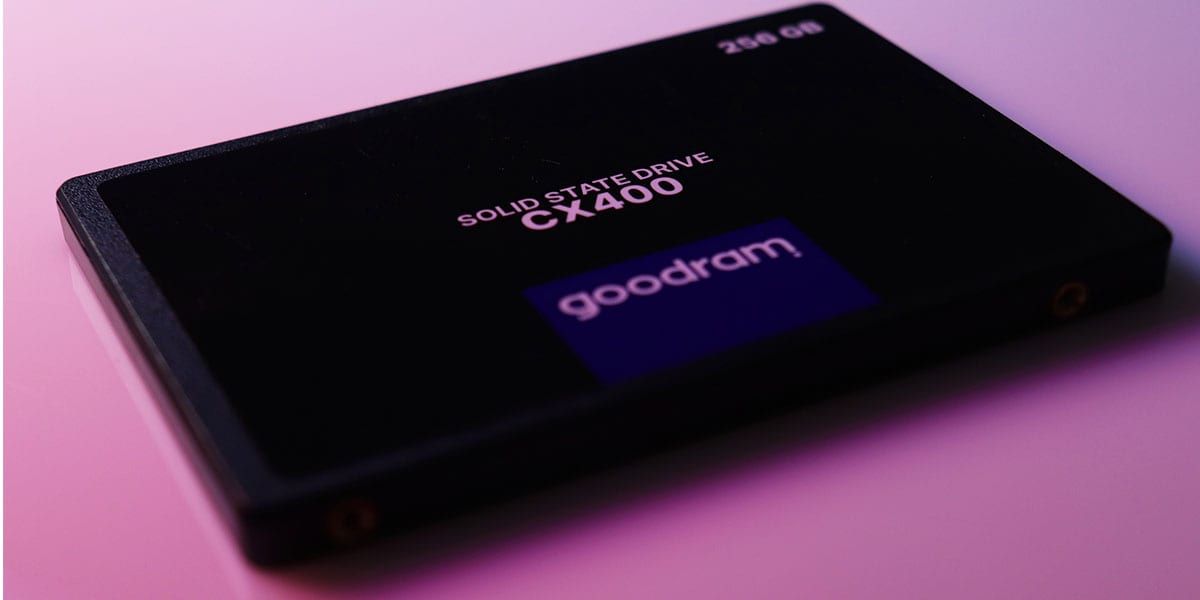 How Will They Affect Performance?

Now for the average user, the amount of memory or RAM that is built into your Mac or PC is likely going to be more than enough for daily tasks. Web browsing, keeping up to date with your email, watching movies are not very RAM intensive tasks and 8GB is going to be perfectly suitable. If you are, however, planning on using your Mac for more specialised, intensive tasks such as; video and photo editing, 3D rendering, audio production then more RAM will certainly benefit you. Upgrading to 16, 32 or even 64GB of RAM is going to turn your machine into a serious workhorse, allowing you to run multiple, memory demanding applications and processes at once.

While you may have enough RAM for the time being, your system is inevitably going to age. And as applications are updated and operating systems improved, you’re probably going to experience a slight decline in performance over time as these new apps will have heftier memory requirements. It is also important to keep in mind that the majority of Macs in Apple’s lineup cannot be upgraded once you have made the initial purchase. You need to, therefore, consider how much memory you might need in the future as upgrading it yourself is going to be extremely difficult, if not impossible. Or, you could always look at purchasing a Mac that is upgradeable, in which case, you’ll probably find this blog pretty helpful.

Upgrading your storage can often be the next best step to improving the performance of your computer, besides upgrading your RAM. Not only does storage come in many different sizes but also many different speeds too. A typical mechanical hard drive will operate at around 5700 RPM but you can find hard drives that operate up 7400 or even up to 10,000 RPM but these are expensive, loud and generate quite a bit of heat. As mentioned up above, SSDs are definitely the way forward. While you are ultimately paying more per gigabyte, the benefits far outweigh the costs. SSDs are much faster, silent, consume less power, generate less heat and are also a lot smaller making upgrading to an SSD a no-brainer.

Often the most cost-effective and efficient way to improve the performance of an old computer or laptop is to upgrade both the memory and storage, assuming of course that both of these upgrades are possible with your machine. Without having to splash out on a brand new laptop or computer, upgrading your RAM and upgrading your hard drive to an SSD is a sure-fire way to increase boot speeds, decrease application loading times and improve the all-round speed of your computer or laptop.

2 Comments on "What’s The Difference Between Storage & Memory?"

2 Comments on "What’s The Difference Between Storage & Memory?"