Of course, Create Pro are well known for supporting and pushing forward the Mac Pro 5,1 platform, but as the old saying goes – ‘different strokes for different folks’ – some users need ultimate Windows performance. For this reason, we are now supporting the HP Z840 workstation platform. The reasons why, if you aren’t already familiar with this monster of a system, will become clear over the course of this article.
We’ll cover the various customisation options for the HP Z840 workstation and explain why it presents such incredible value for creative professionals. With configurations available boasting up to 44 processor cores, 1TB RAM, three full sized GPUs, huge amounts of HDD and SSD storage, as well as Thunderbolt and 10Gb Ethernet, the configuration possibilities are endless, ensuring you get the perfect system for your professional needs.

CPU: Up to 44 cores of dual processor power 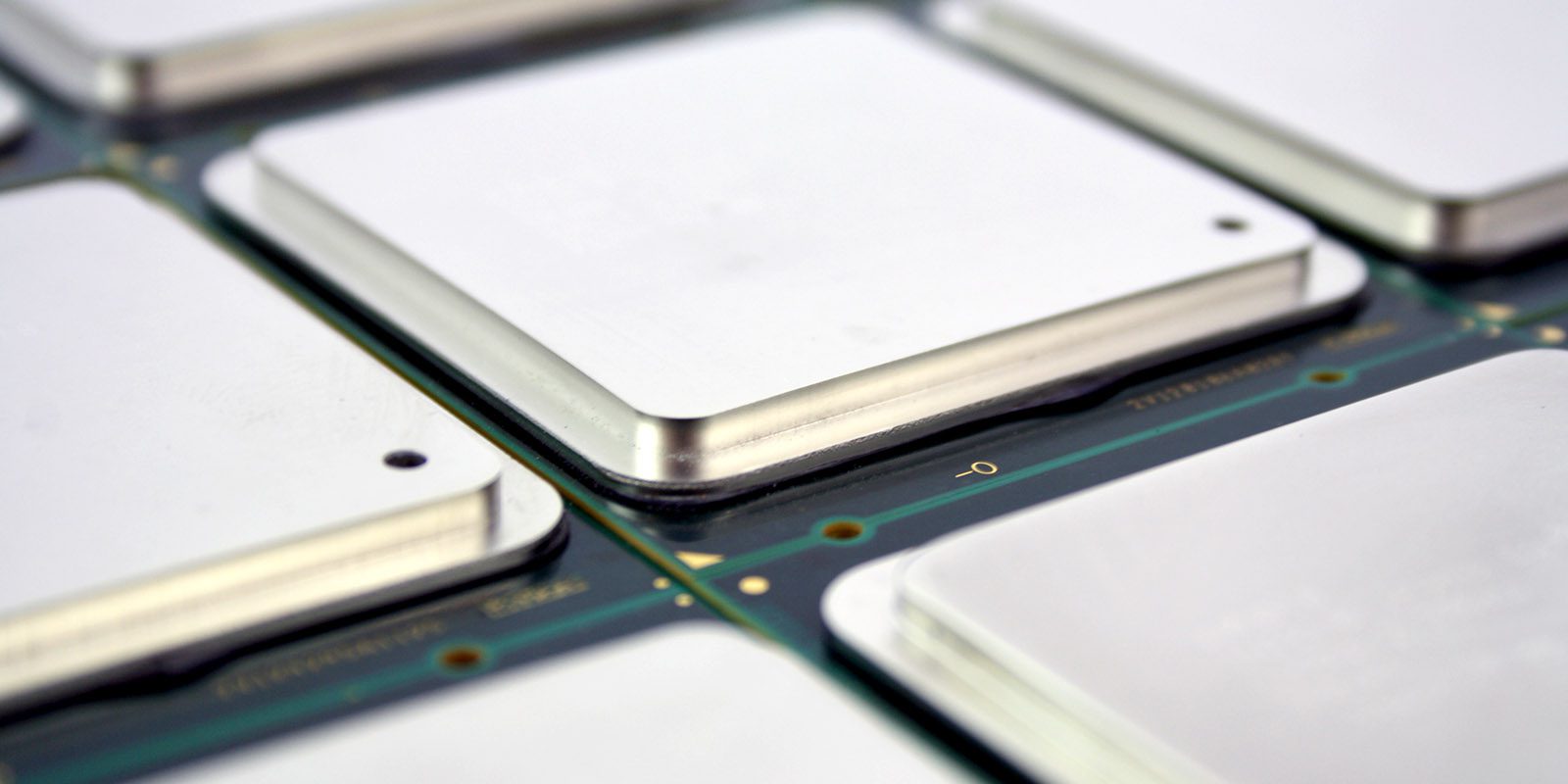 Similar to the Mac Pro 5,1, the HP Z840 supports dual CPU configurations, allowing far more power than is available in consumer systems. And furthermore, far more power than is available even in the Mac Pro 5,1, due to the HP Z840 utilising the latest Intel Xeon E5 generation of processors.
A myriad of CPU configurations for this system are available, but an endless list of processors to choose from doesn’t help anyone. With this in mind, we’ve stripped everything back and will be offering two standard CPU configurations initially, as well as a custom option. All of the CPUs that we offer score over 35,000 on Geekbench (64-bit multi core), this is as powerful as workstations get, considering a current top of the range i7 chip will score around 15,000. Not to mention that Xeon chips are built to run at 100% 24/7, the same can’t be said for their i5 and i7 counterparts.
Firstly we have the dual 2.6GHz eight-core Intel Xeon E5-2670 (16 cores, 32 threads). Representing great value, this CPU is still incredibly powerful. This setup scores 35,240 in Geekbench (for comparison’s sake, the top spec CPU available in the Mac Pro 5,1 – the dual 3.46GHz six-core Intel Xeon X5690 – scores 31,259). Although this is the most basic CPU configuration we will offer, it is by no means a slouch, in fact, it provides great performance by any user’s standards, and importantly ultimate value.
Secondly, we have the even more powerful dual 2.9Ghz eight-core Intel Xeon E5-2690 (16 cores, 32 threads). For those needing, even more, power this CPU provides incredible grunt and will score 37,548 in Geekbench. Still priced incredibly low compared to new HP Zxxx systems and other modern workstations, this CPU is a monster.
Finally, our custom option, and one only for the most hardcore of speed freaks(/demanding professional users), we have a dual 2.7GHz 12 core Intel Xeon E5-2697 v2 (24 cores, 48 threads). With 48 threads of huge Intel Xeon power this monstrous CPU configuration will score over 60,000 in Geekbench. The CPU chips used in this configuration are in fact the same that are used in the top spec Mac Pro 6,1, however, rather than a single chip the HP Z840 can house 2. With this setup, you basically have the CPU power of 2x top spec Mac Pro 6,1s. The 12 core Mac Pro 6,1 systems start at £5,699, so this 24 core setup provides not only ultimate power, but also great value.
Our custom HP Z840 systems really are perfect for users who need maximum CPU grunt.

RAM: 16 RAM slots for configurations of up to 512GB 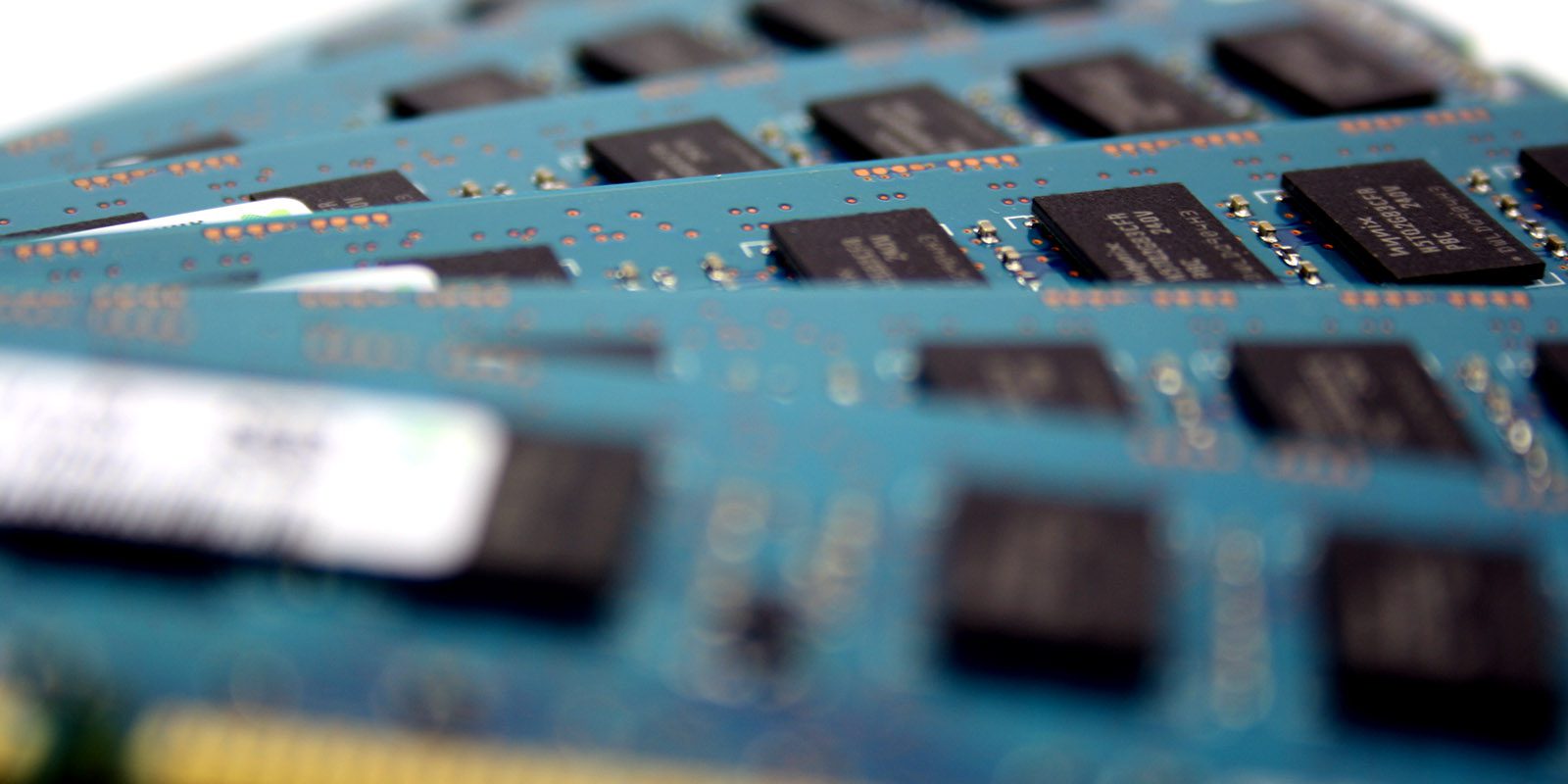 Yes, you read the heading right. 1TB 2400MHz RAM. That’s a terabyte A.K.A. a huge amount. What else needs to be said?
Well, a few more things. The HP Z840 has 16 RAM slots in total; this means that large RAM configurations can be achieved using cheaper, smaller sized DIMMs. For example, you can utilise 16x 8GB RAM sticks to achieve a total of 128GB, a very large amount, at a very low price.
On the other end of the spectrum, because the Z840 supports 64GB sticks, you can achieve huge quantities of memory such as 512GB or 1TB.
All RAM supplied by Create Pro is ECC server grade. 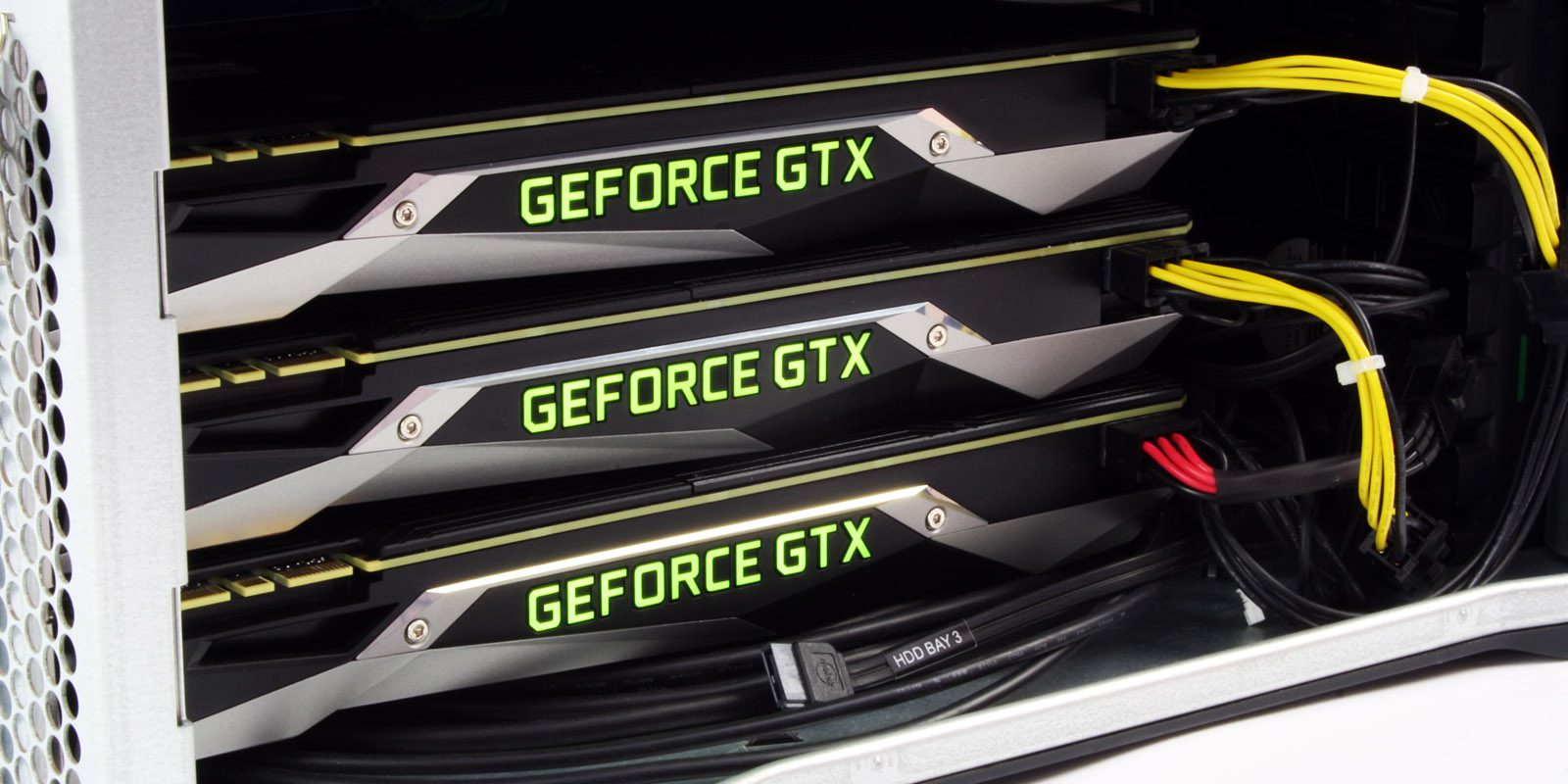 If GPU power is your thing, then you won’t be disappointed with the HP Z8$0. With 6 PCIe slots, including 4 PCIe 3.0 x16 slots, and a huge 1125w PSU, the HP Z840 can handle up to 3 full-size PCIe 3.0 GPUs such as the Nvidia GTX TITAN X 12GB, or the new Nvidia GTX 1080 8GB.
This level of GPU power cannot be compared to the mobile GPU of an iMac or even a single full sized GPU setup. With 3 top end GPUs, you can reach levels of GPGPU processing that are unheard of without PCIe expansion chassis, supercharging your CUDA & OpenCL performance.
With more and more processing in professional applications being done on GPUs, the ability to utilise up to 3 graphics cards is certainly a welcome one and another strength of the HP Z840. 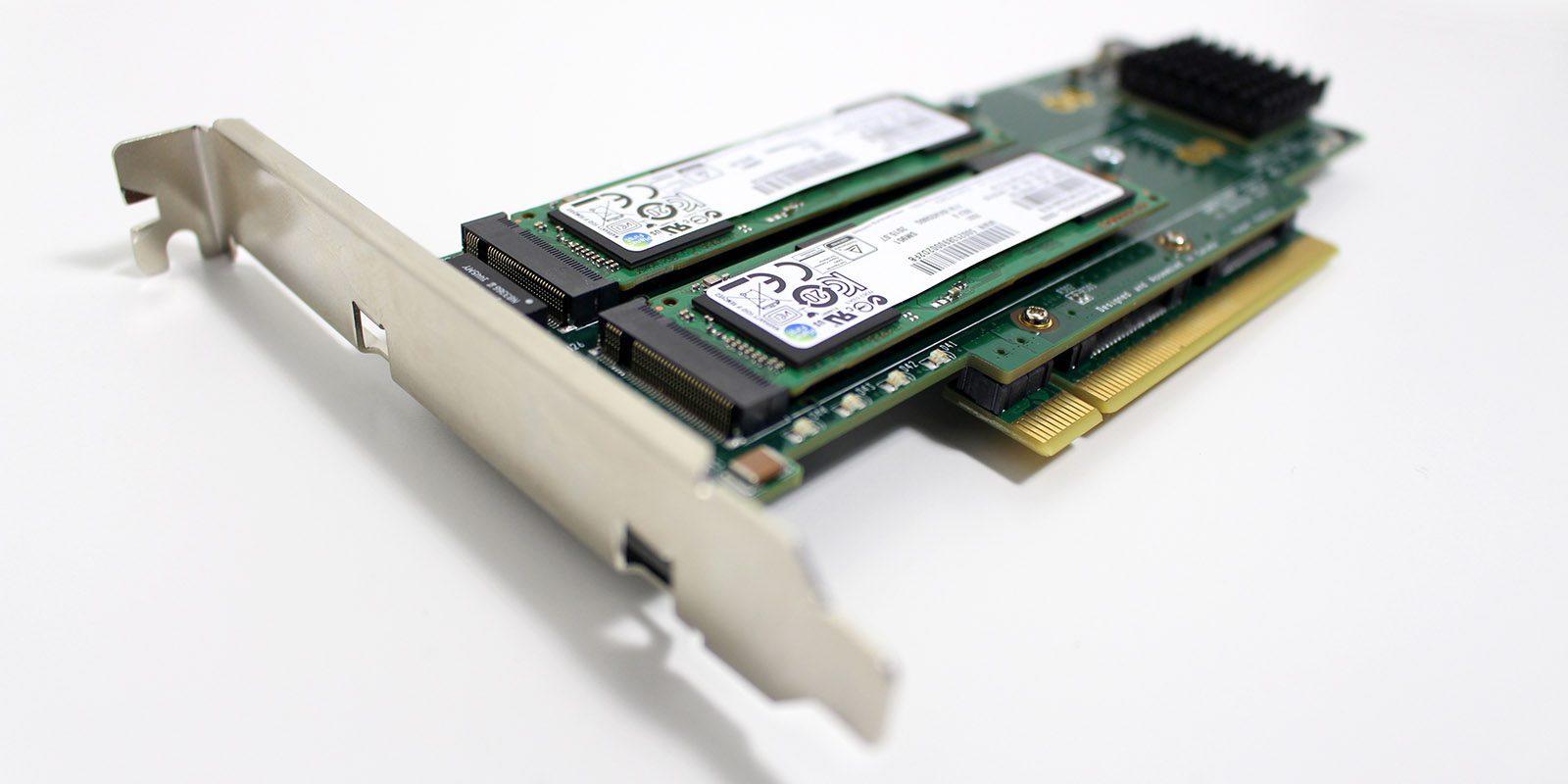 Aside from GPUs, there is a whole host of other cards you can install on the HP Z840 has 6 PCIe lanes. A few of these cards are especially notable.
Of course, you can use super fast PCIe flash SSDs, such as the Samsung SM951 (1,500MB/s read & write). However, the Z840 can also utilise our 2TB Samsung SM951 flash SSD RAID (5,700MB/s read & write), which occupies only 1 PCIe lane.
Aside from blistering storage options, there is also the option to add Thunderbolt 2, 10Gb Ethernet and extra USB 3.0 slots, basically more connectivity that you could ever want. 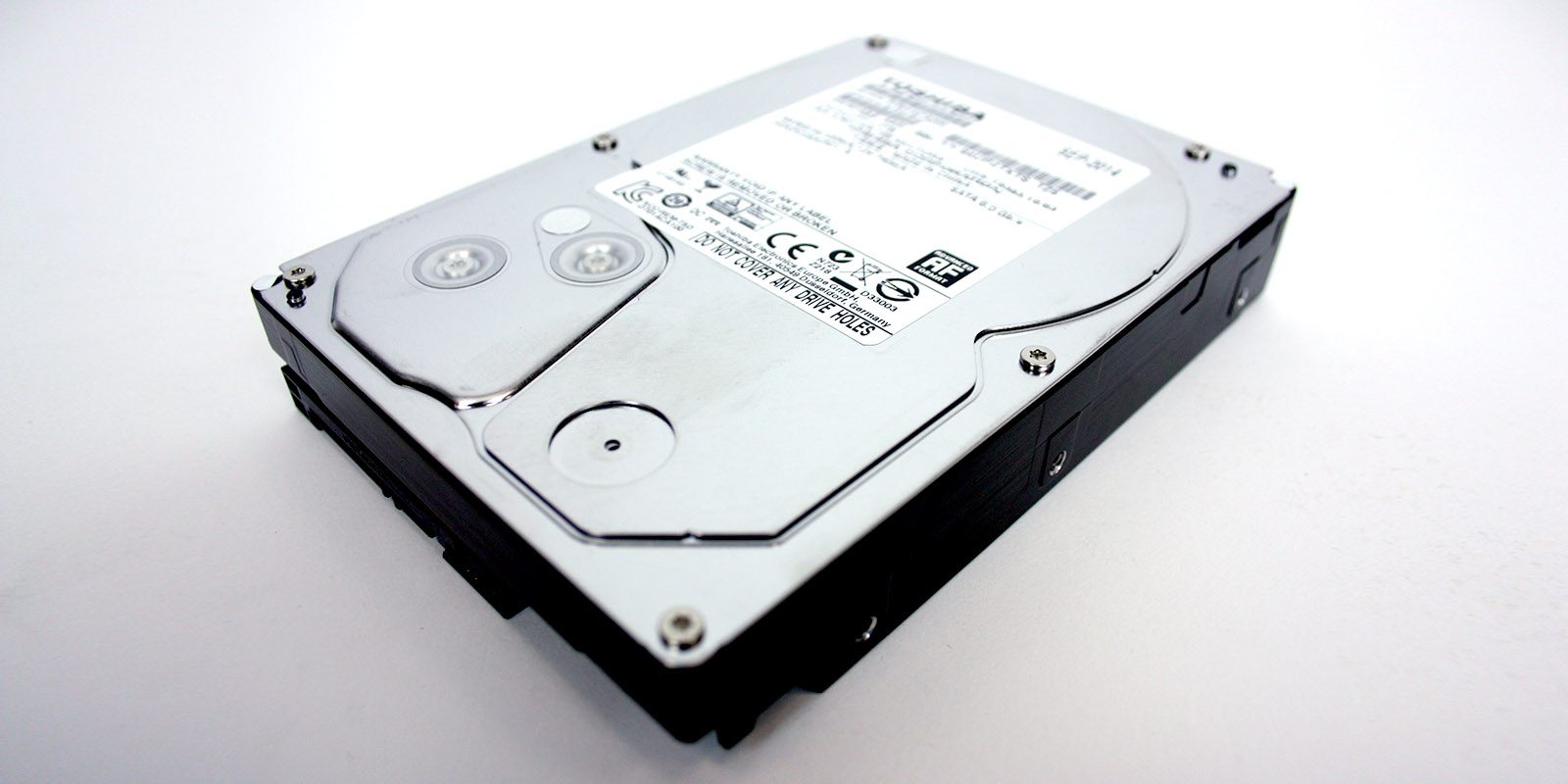 As a professional workstation, rather than consumer PC system, you can expect some hefty storage potential from the HP Z840, and it delivers.
The Z840 comes equipped with 4 SATA 3 bays, allowing for full speed HDDs and 2.5″ SSDs, as well as a built-in RAID controller for fast, reliable hardware RAIDs. Considering 8TB HDDs are now available at relatively low prices, it’s easy to build up a huge amount of archive storage, all inside your workstation.
On the flip side, you could also install 4x 2.5″ SSDs in the Z840s storage drive bays, 4x 512GB drives would make a cheap, fast main drive, or you could use 4x 2TB SSDs for a huge 8TB SSD RAID. The possibilities are endless.
If, however, you crave even more storage, don’t worry, the next section has you covered.

With three full sizes 5.25″ optical bays, the HP Z840’s expansion potential seems almost infinite. There’s a lot of scope for these three bays, of course, you have the obvious DVD, and Blu-Ray drives but also there is the official HP 15 in 1 media card reader among other options.
For the more exotic workstation connoisseur, you have the option of putting HDDs or 2.5″ SATA SSDs in the optical bays. If you want to get really serious about storage, you can put 4x 2.5″ SSDs in a single optical bay, a pretty heavyweight storage solution.

Any workstation worth its weight will have good built-in connectivity. The HP Z840 comes with 2x USB 3.0, 7x USB 2.0 & 2x 1Gb Ethernet as standard, as well as the various standard audio in & out etc.

As a bonus (free of charge) option, we also have a custom Windows 10 64 bit build optimised for pro audio/video/graphics/3D users.
Our custom version of Windows 10 64 bit includes registry and services tweaks ensuring that non-essential processes are not running in the background, slowing down your system.

So you’ve heard all about the HP Z840 and what makes it so powerful and customisable. But when choosing a new workstation, why choose Z840? We’ll break it down for you here.

Up to 24 cores (48 threads) of 2.7Ghz Intel Xeon CPU power, up to 512GB RAM, three full-size internal GPUs, built in hardware RAID, a huge amount of SSD/HDD internal storage potential, Thunderbolt 2, USB 3. What more could you want in a workstation?

So, with all that power, the Z840 must cost the earth, right? Well, you’d be surprised.
If, for example, we take an Apple Mac Pro 6,1 workstation with the following specs:

And we compare thus to the following Create Pro custom HP Z840:

Basically, what we have here is an HP Z840 system that has a significantly more powerful CPU & GPU setup for less than half the price of the Apple equivalent. If that isn’t value, we aren’t sure what is. Add to this that we include a free three year return to base warranty and you’ve got a steal on your hands.
Of course, you could build a spec with a similar price to the Mac Pro 6,1 equivalent, such as the one below:

As you can see from the specs, this system will absolutely dominate the competition from a power standpoint, while costing near enough the exact same price. The HP Z840 is a system that provides both ultimate performance and incredible value.

As a workstation class system, the Z840 is incredibly easy to upgrade. Whether that means adding more storage or SSDs or replacing your GPU with the latest model that is yet to be released, keeping your HP Z840 up to date will be a breeze for years to come.

One Comment on "Custom HP Z840 Workstation from Create Pro: The best value, most customisable professional system for Windows"

One Comment on "Custom HP Z840 Workstation from Create Pro: The best value, most customisable professional system for Windows"