We are huge fans of the original Nvidia GTX TITAN GPU at Create Pro, as well as the updated Nvidia GTX TITAN Black card. We weren’t so big on the TITAN Z as it’s triple slot setup wasn’t ideal for the Mac Pro.
With Nvidia’s latest release, however, they have won our hearts like never before. The Nvidia GTX TITAN X 12GB is quite simply the greatest GPU we have ever encountered. It combines by far the best CUDA performance we have ever seen with quite frankly astounding OpenCL performance, especially for an Nvidia GPU. 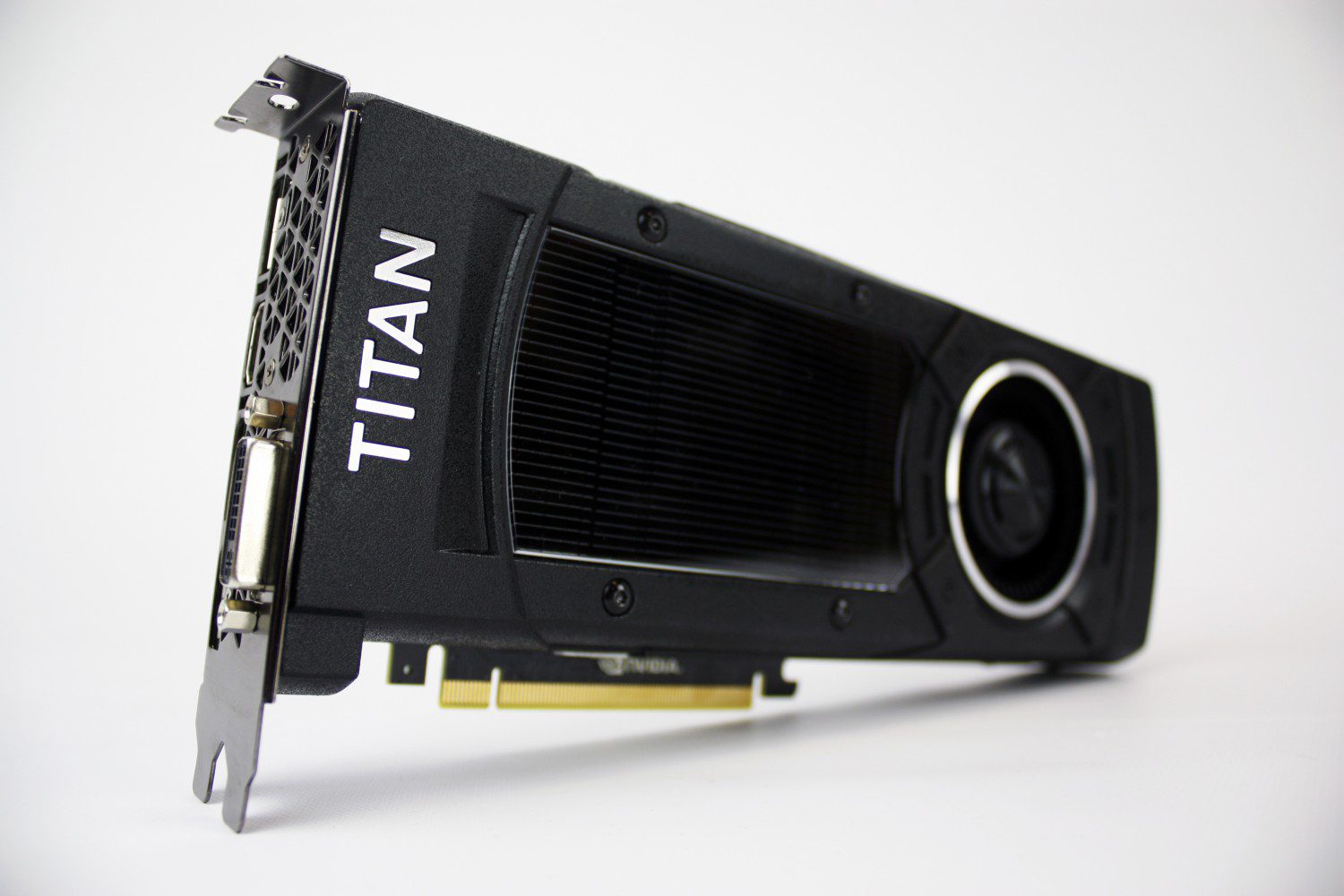 Put simply, the Nvidia GTX TITAN X is the undisputed king of CUDA. We have never seen a card this powerful. When testing CUDA performance we typically use an Octane Render benchmark test, as this application in particular is great for unveiling true CUDA performance due to its super tight integration.

The original GTX TITAN, which was no slouch when it came to CUDA, took 1 minute and 40 seconds to complete the Octane Render benchmark test.

The TITAN X? It absolutely demolished all competition by clocking in a blistering time of just 1 minute and 10 seconds. Simply breathtaking.

How about 2 Nvidia TITAN X graphics cards installed in a CUBIX PCI-e Xpander? Just 35 seconds. Check out the videos below to see both setups annihilate the CUDA benchmark test. 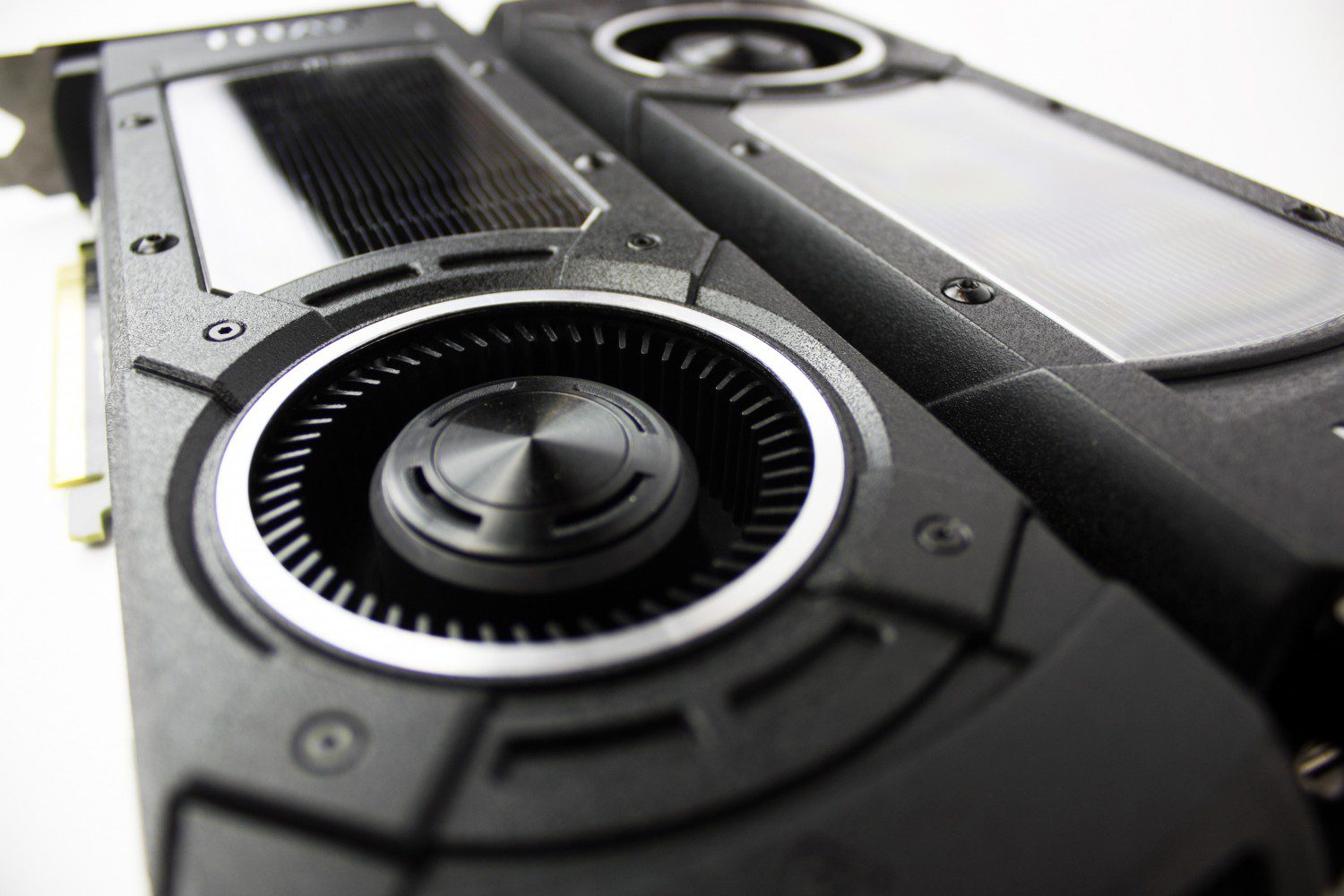 Nvidia graphics cards haven’t always been known for their OpenCL performance, recent cards such as the GTX 970 & GTX 980 are strong performers however. The TITAN X on the other hand is another story altogether when it comes to OpenCL.
Lets look at the top spec AMD GPU configuration for the Mac Pro 6,1. The dual D700 6GB GPUs (based on the AMD 7970s) will score 3,500 in the LuxMark Sala benchmark test (higher is better).
In LuxMark Sala a single Nvidia GTX TITAN X will score an astonishing 3,100. If you use 2 externally? A massive 6,200. Keep in mind that you could also pair the external setup with another internal card for potential scores above 8,000. Quite impressive we think!
Check the screenshots below for exact scores. 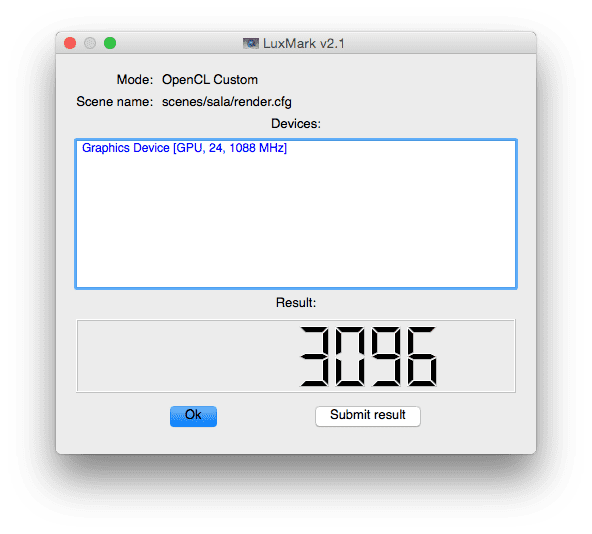 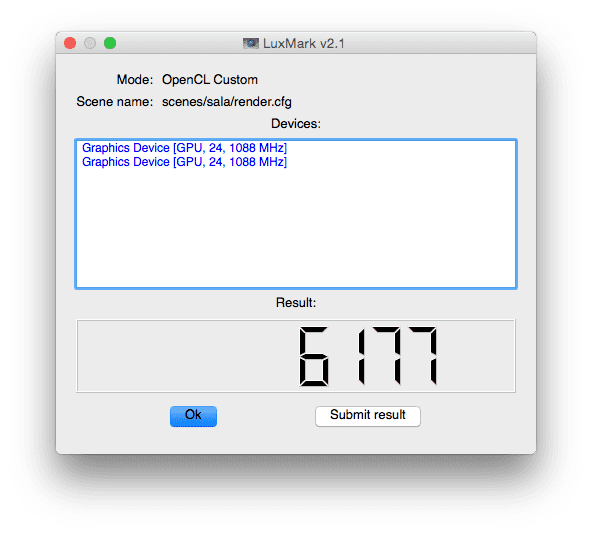